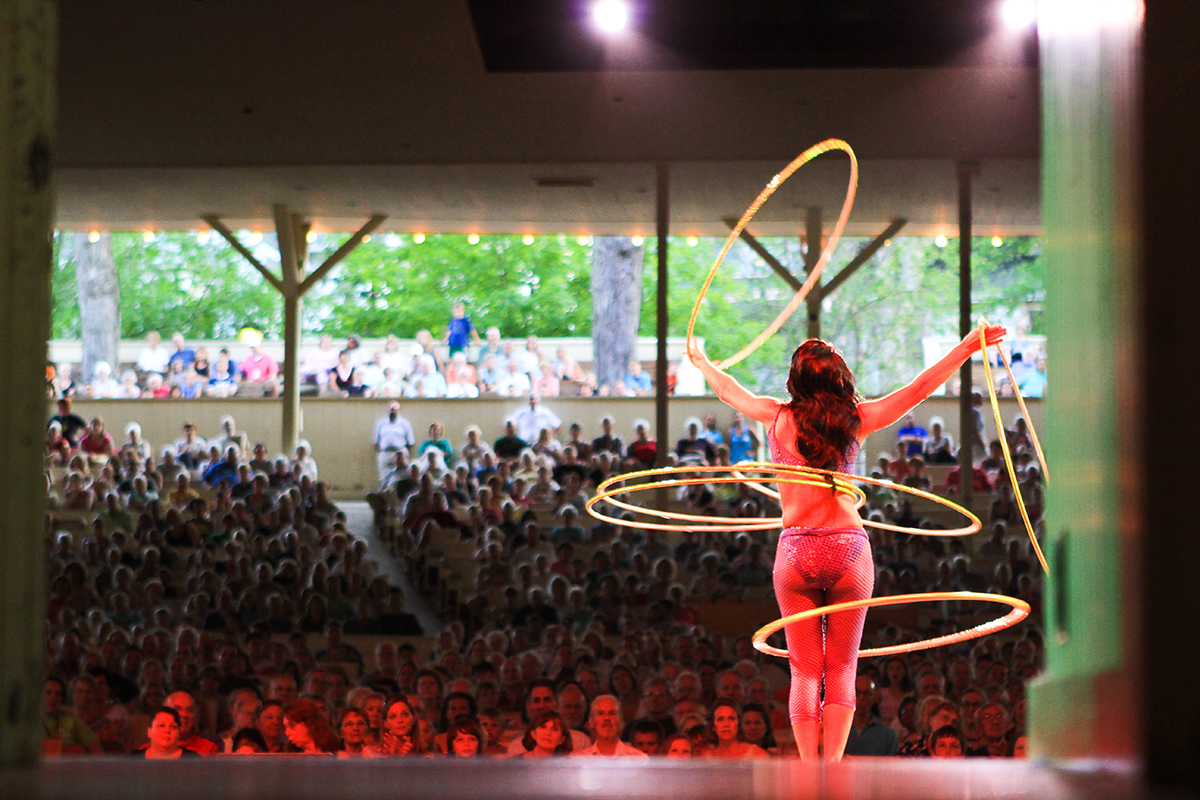 Vaudeville is back, and it’s coming to Chautauqua Institution in the form of aerial tricks and juggling.

At 7:30 p.m. Wednesday in the Amphitheater, Cirque-tacular Entertainment will return to Chautauqua for a second time to perform a two-act circus show as part of Chautauqua’s Family Entertainment Series.

Cirque-tacular Entertainment, founded in 2007, is best known for acrobatics. The company’s brand of short-form theater is popular with modern day audiences, according to Cirque-tacular creator and producer Tad Emptage.

“People’s attention spans have gotten shorter so you wow them in that short format,” Emptage said.

It’s a style he compares to old-fashioned vaudeville.

The company has more than 12 different shows performed by a 30-acrobat company, sometimes with the assistance of guest
performers.

It will be a one-night performance, but audience members tonight will have the chance to see two of those shows.

The night will start with a performance of the show “Acrobats of Cirque-tacular.” Emptage described it as a traditional variety show, and said it has “Americana flare.”

“The context of ‘The Art of Circus’ is taking iconic works of art from the last 500 years and the artist and the time periods or locations that they were created and translating them to the art of circus,” Emptage said.

He said audiences can expect to see ground and aerial acrobatics, juggling, contortion, hula hoops, magic, American western art and audience interaction at tonight’s performance. “The Art of Circus” will include an original score by composer Jesse Elder, who has won four awards from the American Society of Composers, Authors and Publishers.

“One of the beauties, especially in the digital age, of coming together in a theater, is that it’s a moment to sit there live with other people in a community enjoying a shared experience,” Emptage said.

Kathy and Jim Pender were the sponsors of Cirque-tacular’s first appearance at Chautauqua, and they’re doing it again this time.

“A whole group of children from the ages of, say, 3 to teenage years loved the experience,” Kathy Pender said about Cirque-tacular’s first visit. “It was a very imaginative, creative group.”

Emptage said circus is something multiple generations can appreciate together.

“The beauty of circus is it really is just as spectacular to a young mind as it is to a person of much life experience,” he said.