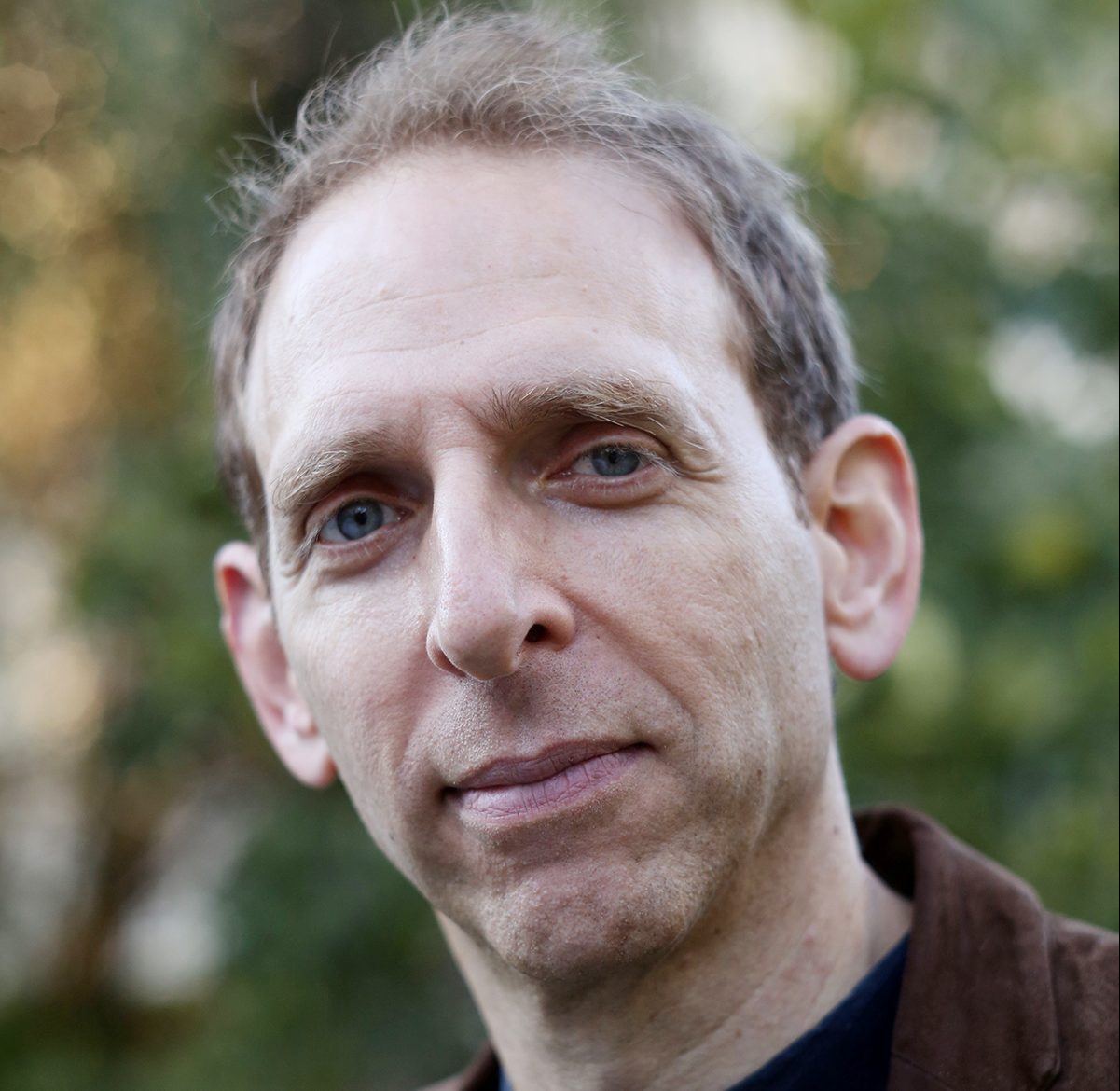 When historians write, they often explore times and places that seem worlds away from their own. Erik Larson wasn’t on the RMS Lusitania. David McCullough didn’t fly with the Wright brothers. They dig through archives, primary sources and historical documents to reconstruct the world they’re writing about.

That wasn’t true for Dan Ephron, however. When Israeli prime minister Yitzhak Rabin was assassinated by Yigal Amir in 1995, Ephron was there.

Ephron’s Killing a King: The Assassination of Yitzhak Rabin and the Remaking of Israel is the Chautauqua Literary and Scientific Circle selection for Week Three. Ephron will discuss his work at 3:30 p.m. July 14 in the Hall of Philosophy for Week Three’s CLSC Roundtable.

By the time Ephron decided to write Killing a King, 18 years had passed since the assassination. Ephron said his sensory memory of the event was still clear, however.

“Having been there — it allows you to close your eyes and feel something, and then try to recreate it and render it in words,” Ephron said.

Ephron said he was working for a newswire and was sent to cover what he thought was an ordinary political rally.

“Political rallies for foreign correspondents don’t tend to amount to much,” Ephron said.

The rally in Tel Aviv was a show of support for Rabin’s role in pushing forward the Oslo Accords, which helped establish peace between the borders of Israel and Palestine.

What happened at the rally became an integral part of Killing a King. Ephron said he knew what transpired was “the most significant thing I had ever seen — the biggest event I had ever covered.”

“I remember being squeezed in this place, in this huge crush of people,” Ephron said. “And then, of course, there’s the sense of panic when this thing happened. Panic and distress — there’s no precedent for political violence or assassination in Israel. The fact that a Jew had killed a Jewish prime minister was just a huge shock.”

Ephron said he wanted the dual narratives of Rabin and Amir to give a human insight into the larger Israel-Palestine conflict he explored in the book. He thought of them as two men on contradictory yet coinciding quests, he said.

Rabin’s quest was to establish a peace deal between Israel and its neighbors as its prime minister. In 1994, he was awarded the Nobel Peace Prize along with Shimon Peres and Yasser Arafat for their work toward resolution of the long-standing conflicts in the region.

Amir’s quest directly clashed with Rabin’s, Ephron said. Amir believed that sacrificing territory, as Rabin intended to do, went against the will of God.

“Once Rabin started down this road, that launched Amir on another road to try and catch up to Rabin — stopping him, assassinating him,” Ephron said.

Sherra Babcock, vice president and Emily and Richard Smucker Chair for Education, said Ephron’s use of a dual narrative makes Killing a King a compelling experience for the reader. The book also captures an important historical moment and its fallout, Babcock said.

“The killing of Rabin was a turning point in Israeli history, so I do think it is the kind of book that is a timeless book,” Babcock said. “I also think it’s a book that’s timely. Timeless or timely is a choice that we make with each CLSC book, and this one, I think, is both.”

Ephron said his work as Newsweek’s Jerusalem bureau chief and a trip to Israel in 2010 showed him the true ripple effect of Rabin’s death. There was a sense in the ’90s “of a kind of inevitability to the prospect of conciliation between Israelis and Palestinians,” Ephron said.

It was his return to Israel that ignited the idea of revisiting the assassination for Ephron, and the result was Killing a King.

Ephron will present his book in Chautauqua’s week on “Moral Leadership in Action,” which caused him to reflect on Rabin’s legacy. He said because Israel and Palestine seem to be eternally divided, any leader who tries to make peace will provoke antagonism.

“As a politician, you have to be very bold, and very sure of yourself to take this on,” Ephron said. “That, in my mind, is the definition of leadership. It is to do something that is morally imperative, even when on a micro level, it’s not going to serve your smaller interests as a politician.”

Ephron said he felt this was true on both the Israeli and Palestinian sides of the conflict. It was a risky move for both Arafat and Rabin to attempt to make peace with one another, he said, but “they rose to it in terms of leadership.”

Like Rabin and Amir, Ephron had to go on a quest of his own in his research for the book. Early in his writing process, he discovered there was video footage of the interrogations police conducted with Amir after the assassination. Amir has been in prison ever since the murder of Rabin, and the Israeli prison system doesn’t allow journalists access to him, Ephron said.

So Ephron set out to find all of the video footage he could.

“I wanted to see everything I could see, because it felt to me like a window into the mindset of the assassin,” Ephron said.

It was a blessing and a curse. Ephron now had a ton of material necessary for his book, but had to read through it and catalog it in a way that was useful to him. The process took him about a year, Ephron said, but he came out of it feeling like he had a mastery over the content and a clearer picture of the story he needed to tell.

“You’ve heard the phrase, ‘This thing writes itself,’ ” Ephron said. “It does not.”

The book covers a number of years and many different locations, and Ephron had to recreate these events by researching and interviewing sources, including Rabin and Amir’s family members.

But the chapter on the assassination itself was the one he found most satisfying when writing, Ephron said.

“I remember those things,” Ephron said. “I remember the way Rabin took the stage and gave the speech, the way the acoustics sounded in that great big city square, the words echoing off the buildings.” 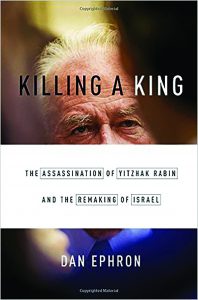 Besides investigating the legacy of Rabin, Ephron said something that surprised him while working on the book was how his conception of Amir deepened and evolved.

“I spent a lot of time with the family of the assassin,” Ephron said. “And I couldn’t not conclude that he is, and was, a smart young man. Smart and charismatic: not a lunatic, not a fringe, marginal character.”

Ephron said there’s a tendency to categorize all assassins and murderers as crazy in the wake of tragic events.

“Sometimes it is the case, and sometimes it’s not,” Ephron said. “When we do that, we absolve ourselves from having to look at our own society and ask ourselves what is it that incubated and influenced this person. If you say he’s crazy, then there is no discussion, that shuts down the discussion — and that’s it. You don’t need to learn any lessons. The lesson is he’s crazy.”

For Ephron, that wasn’t necessarily the case as he dug deeper into Amir’s story. He said if a killer — like Amir — isn’t actually mentally ill, it’s important to investigate the other factors that made him what he was.

And there’s value in asking what about society and culture causes people to act the way they do, Ephron said.