When philanthropist, musician and Chautauquan Kay Logan was a student flutist at Chautauqua Institution, she played “Poem” by Charles Griffes as a soloist. Nearly 25 years later, another young flutist named Richard Sherman won the SAI competition with the same piece.

Now a member of the Chautauqua Symphony Orchestra and a faculty member of the School of Music, Sherman will play “Poem” once more at a faculty recital at 3 p.m. today in Fletcher Music Hall, which is being dedicated to Logan’s memory.

“It resonates on a lot of levels for me,” Sherman said. “It was a dear piece to her, it was a dear piece to me.”
He said in his first summer, he memorized the piece while lying in the sun on the docks of University Beach. Years later, after the pair became friends, Sherman was gifted a copy of “Poem” from Logan’s personal library; it is the same sheet music he will use for this recital.

Throughout his career and time at Chautauqua, Sherman considered Logan to be a confidant in matters both professional and personal. He recalled her dedication to education, and numerous donations.

“She was a great, devoted Chautauquan,” he said. “She was really such a fixture of this place.”

Sherman said every year, there was a “Flute Fest” at Logan’s home a few days before the start of the Chautauqua season, for amateur flutists and CSO flutists to get together and play flute choir music.

“She would always serve us a really nice dinner afterward,” Sherman said. “She was a great hostess. And it was a great loss this season.”

Sherman said he feels Logan’s absence on the grounds everywhere.

“She always had my back,” he said. “Even when you didn’t want to hear it. She was that kind of person, but she was also fiercely loving in the sense that she always told you what she felt, honestly.”

“She’s a very sensitive, accomplished artist in her own right,” Sherman said. “We’ve always had a certain affinity for making music together, so I’m really looking forward to it.”

He said with the orchestra’s full schedule, it’s a challenge to prepare for and play a full recital, but given how recent and unexpected Logan’s passing was this season, he wanted to give the large pool of people who knew her a chance to reflect.

Sherman’s daughters grew up interacting with Logan, which led to one of his girls writing a poem in her memory. That poem will be read at the recital.

A fitting accoutrement to a day of golden memories, Sherman said he will likely use his 9-karat gold instrument, which he often uses for recitals because its sound lends well to the small venue. He recalled one summer when Logan allowed him to use her own gold flute.

“She was very learned, and erudite in her aesthetic taste,” he said. “So for me it was great knowing her. I just wanted to make tribute to her as a flutist and a Chautauquan and a philanthropist.” 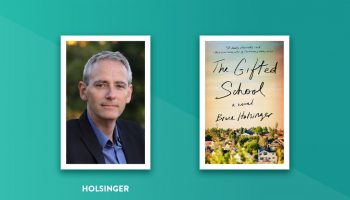 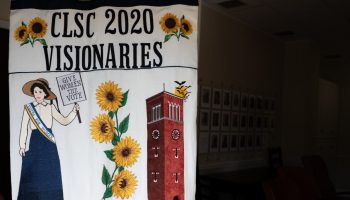