Beth Livingston’s mind began to wander as she sat out on the porch of the historic Athenaeum Hotel. Being surrounded by so much history, she wondered, what was life in Chautauqua Institution like around the turn of the century?

“When I’m at Chautauqua I can just picture the ladies in their long white skirts with their parasols, walking down the shady paths,” Livingston said. “I just love wandering the streets and looking at the cottages, and all the layers of porches, and then the gingerbread trim. It’s like stepping back in time and that’s why I love it.”

Indeed, it was exploring the grounds that gave Livingston the inspiration for her book, The Chautauqua Belles, which is partially set in 1904 on the grounds. It is the first installment of The Tour of Mansions series, for which she has almost finished the second book. And at noon Sunday, the author will be back at the Institution to hold a signing at the Chautauqua Bookstore.

Livingston said her book, a Christian-themed historical novel, centers around an 18-year-old girl named Rebecca who works as a parlor maid in a Buffalo mansion in 1885, and her reckoning with a devastating incident in her past. Part of the story takes place at Chautauqua in 1904.

Although the book is fictional, Livingston did extensive research to ensure the background information about Chautauqua was as accurate as possible, in order to capture the ambiance of that time. Besides reading every book about the Institution she could get her hands on, Livingston also dug through issues of The Chautauqua Assembly Herald to guarantee that even the smallest detail in the novel, such as what the weather was like on a certain day in 1904, matched what the newspaper reported.

The concerts, lectures and speakers referenced in the novel were also actual events that took place at the Institution that year, Livingston added. Other real occurrences mentioned include the day the interurban car line originating in Jamestown reached the Institution.

Such attention to detail derives from her natural interest in history, Livingston said. Whenever she visits a historical place such as Chautauqua, she imagines what it must have been like to reside there in a bygone era.

After the book signing, people have the chance to visualize this scenario, as Livingston will be giving a walking tour of the grounds and take whoever is interested around the actual places she mentioned in The Chautauqua Belles. It will start at Miller Bell Tower and end up back on Bestor Plaza, with stops in between at the Athenaeum Hotel, Thunder Bridge, the Hall of Philosophy and more. Livingston said she will talk about the significance of each location in the novel, show pictures of what some of them looked like back in 1904 and touch on the history of the Institution as well.

“I think that reading the book will mean a lot more to them because they’ll actually be able to visualize where it all happened,” Livingston said. “I just want to share it with them. I want people to get as excited about it as I am.”

Writers Urge Their Students to Get Lost and in Trouble 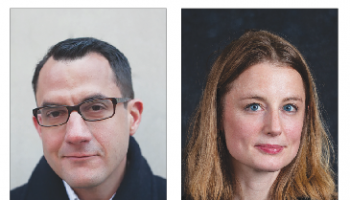 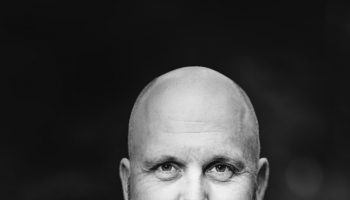