“Welcome to ‘Money and Power’ week at Chautauqua. We know that Jesus said more about money than war, sex or religion,” said the Rev. Barbara Brown Taylor at the 9:15 a.m. Monday morning worship service. “We mostly use these texts in stewardship season and I thought I would wake them up early and see what they had to say when they were not being recruited for stewardship.”

Her title was “Rich in Love” and the Scripture text was Mark 10:17-31, often called the story of the rich young ruler. The story is in all three synoptic gospels, but Mark does not identify the man as a rich, young or a ruler, only as a man.

The point of the story is how hard it is for the rich to get into the kingdom of heaven and Jesus illustrated it with “a hilarious picture” of a camel trying to go through the eye of a needle. In stewardship season preachers often call upon people to be generous and say that all God really asks is for you to off-load a bag or two.

The disciples did not find the camel illustration hilarious.

“They were astounded; if this man could not be saved, who could? Whatever they thought [of him], he became a camel in their minds, plodding home,” Taylor said. “It would be easier to make him a bad man, greedy and worse than the rest of us so we can read this Scripture in peace. But what if he is very good? His goodness is as serious a problem as his wealth.”

The man was not a causal spiritual seeker. He dropped to his knee and called Jesus “good teacher” without any tricks or hooks.

“People often called Jesus teacher or rabbi, but he is the only one to call Jesus ‘good teacher.’ The man places a high value on goodness,” she said.

He gave Jesus a gift, calling him good, before he asked for anything.

But Jesus turned it around on him and said, “Why do you call me good? Only God is good.”

“Jesus was not thinking about trinitarian doctrine; he was messing with what was most important to this man. God alone is good and the man doesn’t argue,” Taylor said.

The man listened to Jesus as he went over the commandments, the ones about how to treat other people. Jesus, she said, told him that his answer for how to inherit eternal life is no different than Moses’.

“The man had built some spiritual muscle and he had reason to believe that he could do what came next. ‘I have kept all these since my youth,’ he replied. That is when Jesus loved him; the man was a true son of the covenant without the stink of pride. He wanted to do more,” Taylor said.

Jesus told him that he must do one more thing — sell all he has and give the money to the poor and then he can share Jesus’ life.

“This was a spiritual offer of the highest order. The man’s cup of blessing was overflowing and he believed he had all the resources to do what would come next, but walked away with an empty cup. He could not afford the life Jesus was offering. He turns away grieving and Mark finally says that he had many possessions,” Taylor said.

Jesus then turned to the disciples and told them how hard it will be for the rich to get into the kingdom of heaven. He told them that it will be easier for “the poor camel” to go through the eye of the needle.

“The disciples had walked away from their fishing boats, two leaving their father still in it, and one pushed away from the table of his tax business,” Taylor said. “They were voluntarily poor and you would have thought they would have rejoiced. But they were astounded. Who could be saved? This is the same question as the beginning of the story.”

Mark wrote that such things were impossible for mortals but for God all things are possible.

“This is where most stewardship sermons end,” Taylor said. “We don’t include Peter’s gaffe. This means we don’t have to worry, right? We will have treasure in heaven, right?

“Jesus is so ready for a nap and to quiet Peter he says, ‘Yes, you will get 100 times more than you gave up. You will get persecution in this age and treasure in the next life,’ ” she said. “Wait, prosecution? That was not on the list of treasures. The rich man and Peter actually have a lot in common: they are high achievers, they are good and they are attached to their treasure. They can’t let go of what they have achieved.”

“That is the subversive good news. What is it about impossible that we don’t understand?” Taylor said. “This [passage] is dicey for stewardship because God is the only giver. We don’t have the power to lose God’s love.”

The man lost his chance to share in Jesus’ life but he was richer in love for the rest of his life.

“For mortals, the kingdom is impossible, but for God, all things are possible,” Taylor said. 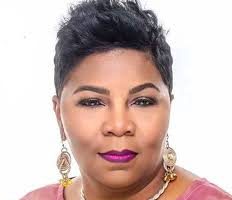