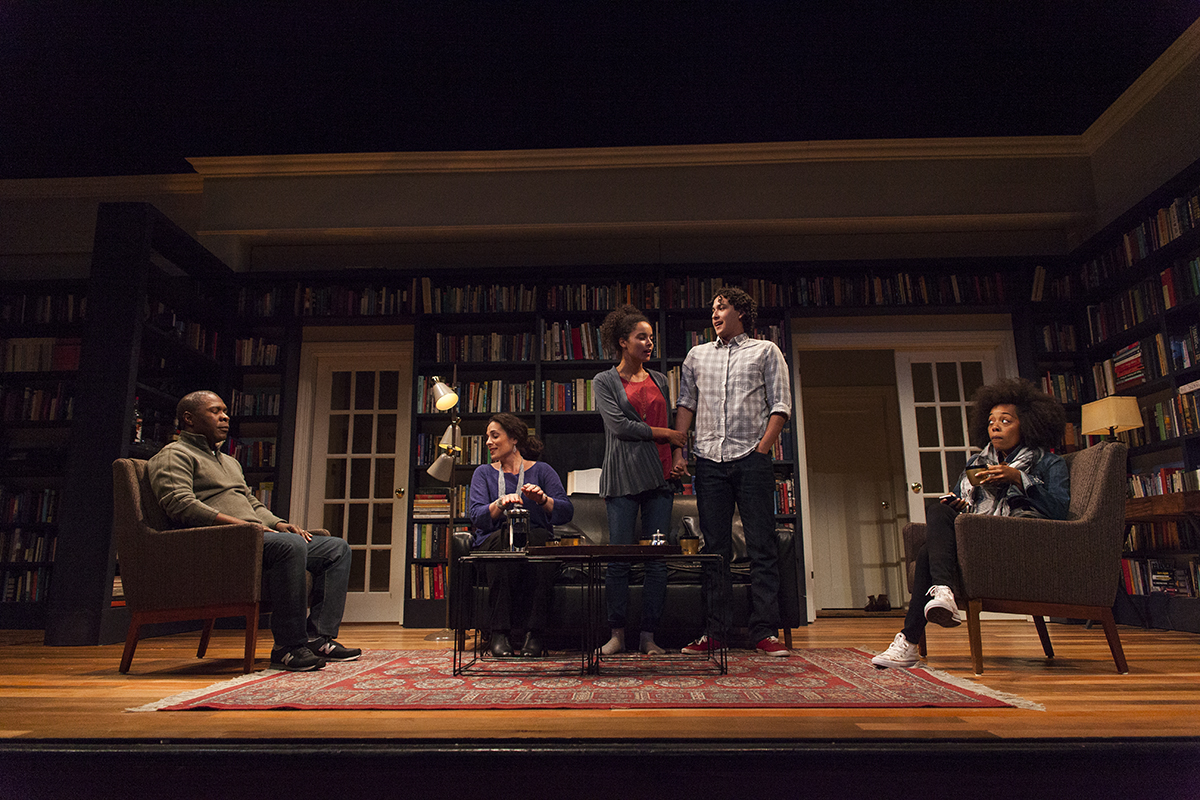 Erin Weglietner can make marble out of wood. All she needs is a brush.

Weglietner is the scenic charge for the Chautauqua Theater Company and a key player in the creation of The Profane set. The Profane, which tells the story of a prejudiced father who struggles to cope when his daughter becomes engaged to a man from a highly religious Muslim family, plays at 4 p.m July 29 in Bratton Theater and runs through Sunday.

What audiences may not realize when they see the show’s staggering two-house set, is that it’s not all created by one homogeneous group. Like most sets, it’s built by a carpentry crew and then painted, coated and texturized by an entirely different group, the scenic painting team. That’s where Weglietner comes in.

In her role of scenic charge, she makes up one half of the two-person painting team, not counting the additional intern they share with carpentry.

In her words, they’re responsible for “anything that goes on the set that the carpentry crew builds.”

They get a printout that describes the colors and textures that a designer wants on the set. With that, the team, with Weglietner overseeing, goes to work testing and then coating the set elements with exactly what’s needed to create the world of the show. The might mean painting an interior wall the right color, but it could be something far more complicated.

For example, the crew created a fireplace for the show that has a decorative marble section. From a distance, it reads perfectly as rock. Most audience members will never notice that it’s actually many layers of paint and sealer applied by the team’s talented hands onto masonite, a material made of wood fibres.

Another project involved painting thin wood panels into a stone outdoor patio floor. After all that work, it was placed at the very edge of the stage, far from the center of the action.

Weglietner is from South Dakota and has lived all over the country working on sets, where she usually specialized in scenic painting. This is her second summer at Chautauqua. After this, she’s starting a graduate program in set design.

Despite the fact that she can fake marble with paint, she said her job is just about practice.

“There’s no job in theater that can’t be done by anybody,” she said.

The Profane is a bigger show than usual because of its two sets. The first act takes places in a New York City apartment, while the second act is in a suburban home. Each space needs to reflect the owner’s different lifestyles and tastes.

The painting team has to work when no one’s going to be around to smudge the wet paint, and that leads to some intense hours, including at least one 7 p.m. to 3 a.m. shift leading up to the show.

“You don’t get into this industry if you don’t love it,” Weglietner said. “And it’s one of those things where you sort of have to excuse those times so that you can enjoy the other times.”