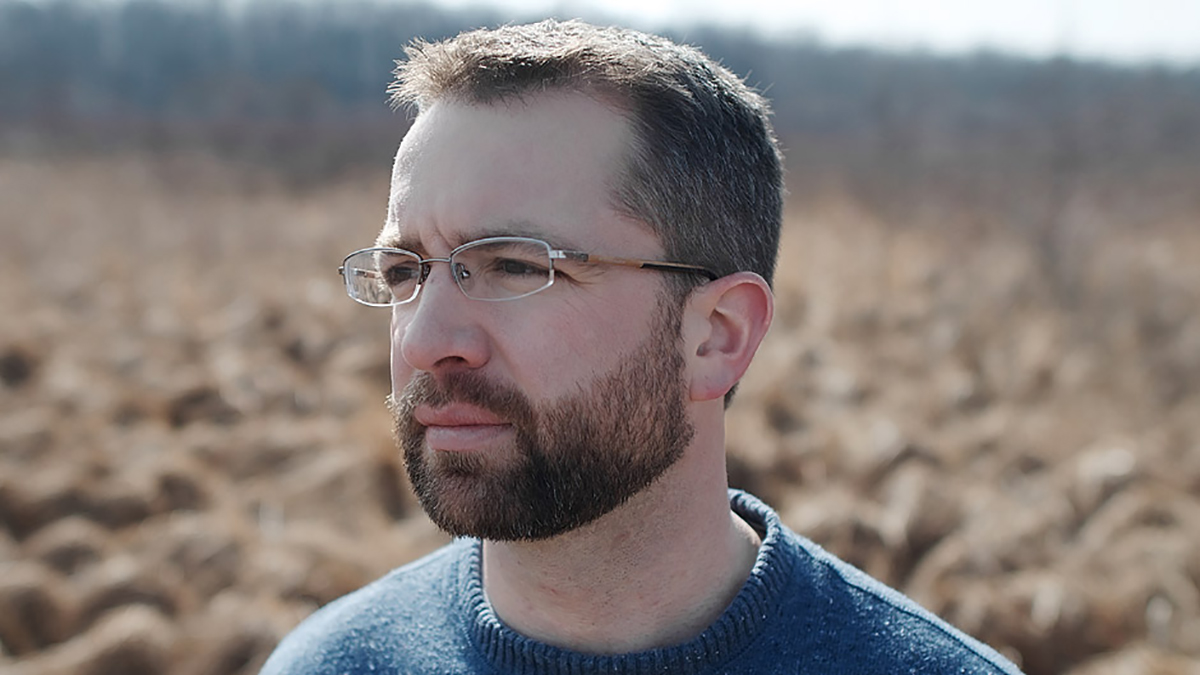 A week focused on war will bring Chautauqua veteran Brian Castner to the grounds to talk about his experiences and his new book, All the Ways We Kill and Die: An Elegy for a Fallen Comrade, and the Hunt for His Killer.

Castner will give a special presentation, called “The Challenge, Exhilaration and Despair of Writing a True War Story,” at 12:15 p.m. Thursday on the front porch of the Literary Arts Center at Alumni Hall.

Castner visited with the Chautauqua Literary and Scientific Circle in 2013 for his book The Long Walk, and returned in 2014 to teach at the Chautauqua Writers’ Center.

When he visited with the Writers’ Center in 2014, Castner gave a Brown Bag lecture inspired by one of Joan Didion’s most iconic lines from her debut essay collection, Slouching Towards Bethlehem: “That is one last thing to remember: Writers are always selling somebody out.”

He talked about Didion, the ways in which writers sell people out, and how he personally struggled with the feeling of betraying real people while trying to write a good story. He also read a section from the book he was working on at the time, All the Ways We Kill and Die.

But it was an audience member that ended up making it a really formative experience, Castner said.

“And there was — because this is Chautauqua, and you never know who’s going to be there — one of the people in my audience was a 30-year editor at The Washington Post,” Castner said. “And he asked me some questions, and didn’t like any of my answers. And he basically said, ‘If you’re going to write nonfiction, you need to get over yourself. And your whole topic of your Brown Bag is a moot point you should have cleared up before you decided to be a writer.’ ”

Castner said those questions really stuck with him, and now that All the Ways We Kill and Die has been released, he can see the impact the experience had on the stories he decided to tell.

“It really helped me examine personally my motivations, where my loyalties lie and how you have to be almost ruthless with your characters and the truth if you’re going to write nonfiction,” Castner said.

Castner is a veteran of the Iraq War, having served three terms as the head of an Explosive Ordnance Disposal unit. Questions about war are never far from his mind, he said.

“I’ve spent a long time thinking about war stories and why they are important, and why are they different?” Castner said. “I’ve now written two books of true war stories, one of them my own, and a second one that is 95 percent other people’s war stories. And why keep coming back to this topic?”

Castner believes there are three reasons, which he tried to encapsulate in the title of his presentation: War stories challenge people, exhilarate people and make them feel despair.

Some of the oldest human stories, such as the Iliad, “Epic of Gilgamesh” and the Bible are stories wrapped around war, Castner said, but one of the biggest contemporary debates about war stories centers on who gets to tell them.

Castner said he thinks anyone should be allowed to tell a war story, but the heated debate about the topic is interesting because it doesn’t really happen with other kinds of stories.

After the challenge, Castner said, there’s the complicated dichotomy that comes with exhilaration and despair.

“War is thrilling, and war is also terrible,” Castner said. “How do you balance that and give credence to both? Because there’s truth in both. And that’s the exhilaration and despair.”

People can read many different kinds of war stories now, Castner said, such as Phil Klay’s Redeployment and Chris Kyle’s American Sniper, and each person’s account offers something very different.

Castner said it’s an engagement with war stories that can make the average citizen feel more involved and empathetic about the military experience. Reading those stories creates a baseline of knowledge, he said.

“You tell a story,” Castner said. “Human beings maybe naturally turn away from war, but they’re also drawn to stories, which is part of the complexity of the war story. We’re drawn to the narrative, but the details are terrible. So if you can engage people in the story and build some empathy, then people are getting involved without even realizing it.”

And now that he’s been speaking about war for nearly four years since the release of The Long Walk, Castner said he’s realized he can’t change people’s minds by chiding them.

“Being the scold doesn’t work,” he said.

It’s what he hopes he can convey with today’s presentation, he said.

“I advocate no policy. I just advocate more involvement and more connection,” Castner said. “That’s what I would hope people get by the end.”