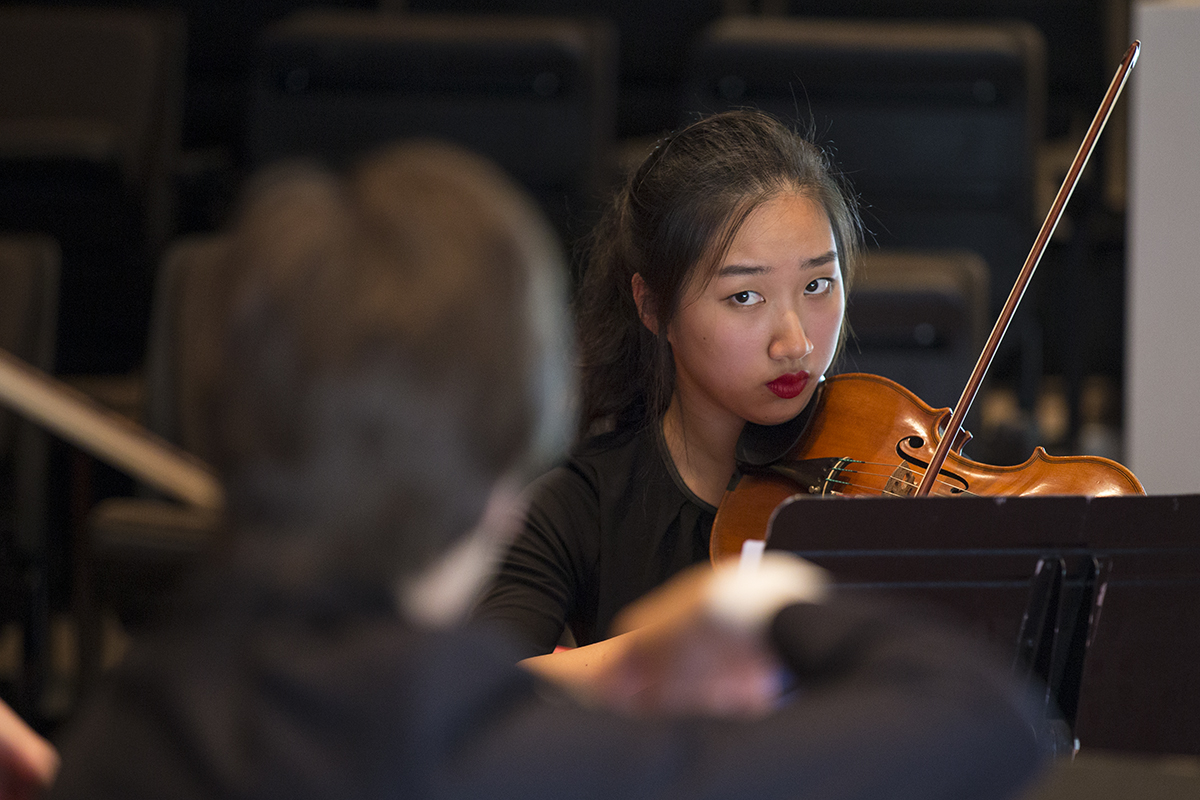 Groups will perform in recitals at 2 p.m. today through Thursday and 2 p.m. Saturday in McKnight Hall.

In lieu of its usual daily rehearsals, the Music School Festival Orchestra has been working with chamber music coaches more frequently. Lipsky said it allows the groups to work more intensely.

“We have several groups who are working with a coach every two days or every day, instead of once a week,” Lipsky said.

He said each group started learning an entire piece, with multiple movements, starting last Monday. The pieces vary in length, but most will last 20 to 30 minutes.

The groups of Phase One comprised a variety of instrumentalists, but Phase Two is more about traditional groups. There are nine string quartets, a few woodwind quintets, percussion ensembles and brass ensembles.

The repertoire, Lipsky said, will focus on classical composers like Bach, Beethoven and Brahms, and will also include work by Schubert.

He said exposing young musicians to this repertoire in a chamber setting is what builds abilities.

“For many students it’s a real treat, because they don’t get such an intense exposure in their conservatories,” Lipsky said. “At Chautauqua, we know it’s important to expose musicians to this music.”

Lipsky said that working in ensembles is a great way to get the chops to play in an orchestra.