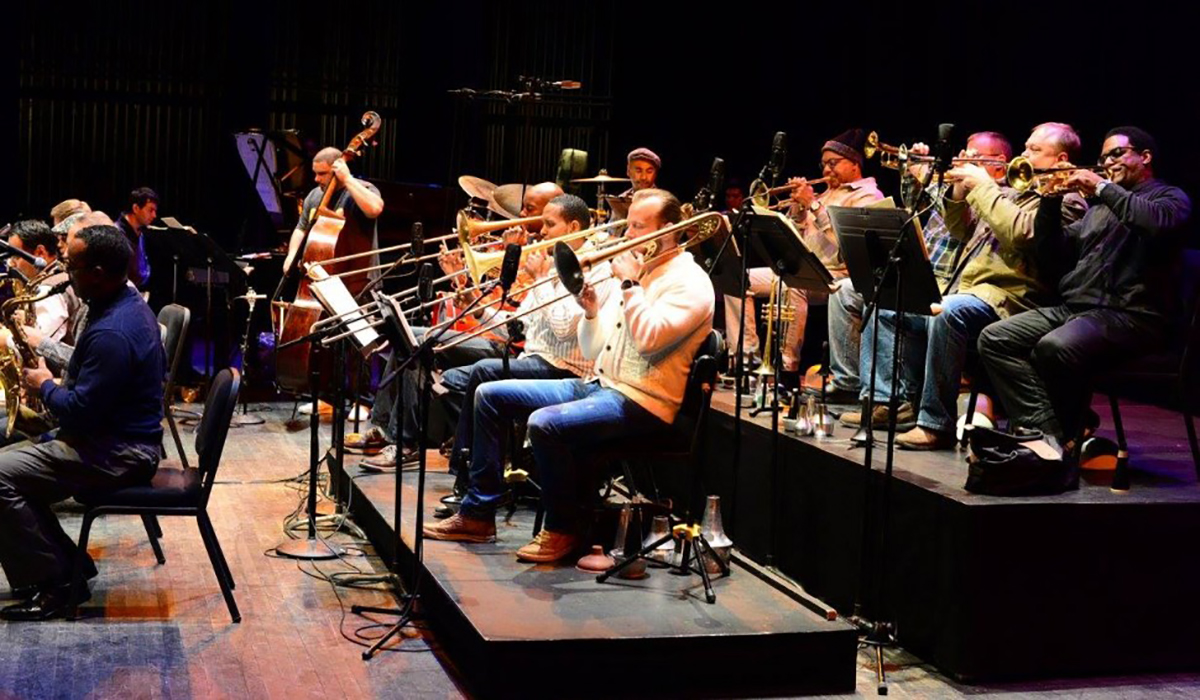 At 5 p.m. August 22 the 15-member ensemble will fill Elizabeth S. Lenna Hall with jazz music for the final concert of the Logan Chamber Music Series.

“Jazz is one of America’s true art forms,” Israel said. “I think one of the missions of JALC is to advocate and expand, perform and educate our music. I think a lot of people don’t know what jazz is or at least what we consider jazz to be.”

Israel said that if describing the band to his friends, he would describe them as “an incredibly talented group of musicians and composers, arrangers and educators.”

The concert will feature both selections for all 15 of the JLCO members and smaller groups. While the ensemble will have a pre-planned program for this event, most concerts are run very differently, according to Israel.

He said when the band goes on tour, the members each have copies of 50 to 75 different songs. These songs have been performed in New York City, where the band resides, and deemed to have been well received and added to the group’s repertoire.

Approximately 45 minutes to an hour before each show on tour, Marsalis decides which pieces will be performed in that show, Israel said.

“This allows the JLCO to have a diverse repertoire to select from depending on the scene and the mood,” Israel said.

“Marsalis feels a strong sense of comfort and safety just working with that orchestra and being in that kind of supportive environment,” Israel said.

Israel said the JLCO participates in a lot of educational opportunities and activities, which aligns well with the mission of Chautauqua. To take advantage of these teaching opportunities, members of the orchestra will teach master classes on topics including the blues, the rise of the American orchestra and gospel music.

“We want our band members to be able to interact with all the people attending Chautauqua and talk to them about different aspects of jazz,” Israel said.

Israel said he believes the week will provide Chautauquans with a lot of information about jazz music and the musicians that keep it alive in a way that will be easy to respond to.