“The truth of being human is that sometimes the reality of loss, the reality of losing someone close, keeps us from peace, reconciliation and right relationship,” said the Rev. Amy K. Butler at the 9:15 a.m. Tuesday morning worship service. Her sermon title was “Turned to Mourning,” and the Scripture reading was 2 Samuel 15:13-14; 18:24-33, the story of the death of David’s son Absalom.

She quoted, again, theologian Stanley Hauerwas that war is the great liturgical alternative to gathering at the eucharist.

Like the father in the story of the prodigal son she preached about on Sunday, how many of us wear our grief and loss like a heavy overcoat? Wearing that loss keeps us from peace, reconciliation and right relationship.

Absalom was David’s third son and considered the handsomest man in the kingdom. David’s children, Butler said, seemed to spend a lot of time getting into trouble. When Absalom’s half-brother Amnon raped his full-sister, Tamar, Absalom killed him. David would not forgive Absalom, which led to war between them. But David asked his commanders that if they found Absalom in a battle, they should not kill him. After being routed in battle, Absalom got his hair caught in a tree and Joab, a member of David’s army who had a personal grudge against him, killed Absalom.

“David’s loss was gut-wrenching,” Butler said. “Why is the Bible full of stories like this one of bad choices, bitterness and loss? Because these are our stories; we all experience the same losses, if not so dramatic.”

Butler shared the story of Elaine, a woman in her congregation at Calvary Baptist Church in Washington, D.C. She moved there during World War II to become a career woman and the church was her family all her adult life. But in the 1970s, when the neighborhood changed and the church began to change, she felt she had lost something. In 2003, when Butler was called as pastor, the change was too great for Elaine. She continued to come to church, Sunday school and coffee hour, but during worship she would go up to the archives of the church and look at the good old days. What drove her out of worship was including some Spanish in the words of institution (the blessing of the bread and wine) of the eucharist.

“To say I was annoyed is an understatement, but one day I invited her to go with me on a pastoral visit. It was an hour out into Virginia and an hour back,” she said. “We had a good conversation and she shyly asked me, ‘Have you noticed I have not been in worship?’ I thought, for the past seven years, yes I noticed, but I asked what would it take to bring [her] back to worship.”

Elaine said they had to stop using Spanish in the service, they had to do communion the right way with the women wearing long white gloves and using the big silver trays, stop the passing of the peace which forced her to talk to people she did not know, make the bulletin easier to read, etc.

“This was not a rant,” Butler said. “It was a sorrowful lament. Change is hard and when people feel they have lost everything they know. They don’t know what to do.”

Butler told her she knew how that felt.

“I held her hand and we cried together for the past that was so hard to let go of. A grudging pastoral visit turned into a beautiful moment of connection. When the present feels precarious and the future is misty, how do we understand our church and our closest relationships?” she said. “I chose this reading for the lament; we recognize the anguish in David’s words. ‘O my son Absalom, my son, my son Absalom! Would that I had died instead of you, O Absalom, my son, my son.’ ”

Because David could not let go of his loss, the loss multiplied. The kingdom and his family relationships fractured and disintegrated.

“His inability to seek peace, reconciliation and right relationship led to civil war. We would probably not actually start a war. We would be more like Elaine or the father of the prodigal son,” Butler said. “Instead of staring down the road, the father could have engaged with those still around him. Elaine missed so many baptisms and baby dedications because she couldn’t let go of her loss. What do we miss when loss fills up our days?”

The truth of being human is that loss hurts so much that it keeps us from peace, reconciliation and right relationship.

“We can turn our hearts toward mourning, because there is plenty of loss around, but if we turned toward each other, there is newness,” she said. “We would make peace at the very place peace or war begins. May it be so.”

The Rev. Carmen Perry presided. Cindy Hinsdale, a teacher’s aide at Sherman Central School, member of Hurlbut Church and administrative assistant for the CLSC Alumni Association, read the Scripture. The Motet Choir, under the direction of Jared Jacobsen, organist and coordinator of worship and sacred music, sang “Pilgrim’s Hymn” by Stephen Paulus. The John William Tyrrell Endowment for Religion provides support for this week’s services. 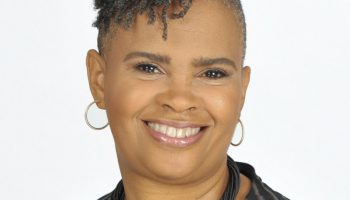 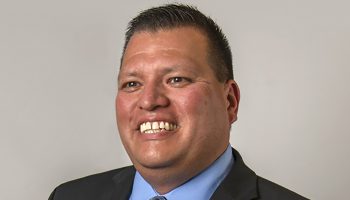