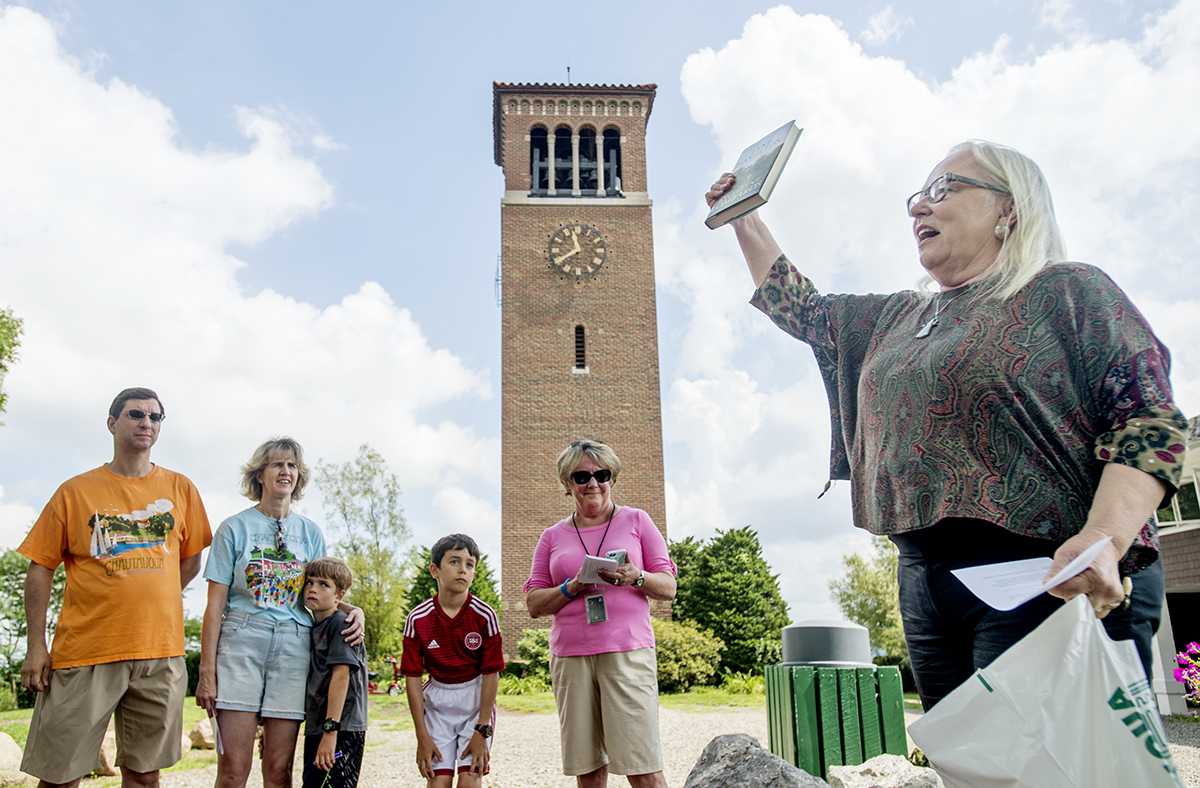 Three books have just been added to many Chautauquans’ reading lists: Commonwealth, by Ann Patchett, Jane Hamilton’s The Excellent Lombards and Everybody’s Fool, by Richard Russo.

Those books are the first selections for the 2017 Chautauqua Literary and Scientific Circle, and were announced as such Saturday, as part of the Bryant Day ceremony at the Miller Bell Tower.

The annual ceremony, in existence as long as the CLSC itself, is a short one: about 15 minutes in total. To begin, welcoming remarks were read by CLSC Alumni Association President Dick Karslake.

“Bryant Day marks the beginning of the reading year, originally held in the fall,” Karslake said. “It commemorates William Cullen Bryant’s interest in, and encouragement to, the Chautauqua Circle of 1878.”

Karslake shared a poem written by Grace Livingston Hill-Lutz, an early 20th-century novelist, for the event; then, those gathered sang “From Age to Age They Gather,” to the tune of “The Battle Hymn of the Republic,” as the Miller Bell Tower chimed out the melody.

As the bells quieted, Vice President and Emily and Richard Smucker Chair for Education Sherra Babcock spoke, taking a “point of personal privilege to talk about the CLSC” and its future, as both CLSC Activities Coordinator Jeff Miller and Chautauqua Institution President Tom Becker are stepping down from their roles before next season.

When the CLSC began in 1878, Babcock said, its organizers expected 200 or so to be involved. More than 10,000 took part, all across the country.

“It was an opportunity for women to learn, even if they were in their homes out on the prairie,” Babcock said. “The CLSC has continued to grow and reform under its many leaders. … Every time someone leaves, we look to their past. The themes will continue.”

Babcock assured the audience that, although Miller’s role will not be filled in its current iteration, “all of the things that have been done, will continue to be done” — book discussions and reviews, for example — by members of the Department of Education.

“We are the CLSC,” she said. “Every year, we give the tender, budding classes to the CLSC Alumni Association at Recognition Day.”

Next summer, the vertical theme tying all the CLSC selections together is “community,” in a community that will soon be under new leadership.

“I am, in my heart, dedicating this next season to Tom Becker,” Babcock said. “That can be your secret. … I’m not going to have him here to run in to and say, ‘guess which book we get to read,’ or ‘guess who will be here.’ I’m going to think about that every time we find another book.”

And there will be more books — at least 10 in total, with both Patchett’s and Hamilton’s books as Week Nine selections, and Russo’s as the selection for Week Six: “Comedy and the Human Condition: In Partnership with the National Comedy Center.”

“Please know that novels will not be the only genre we read,” Babcock said. “We’ll have science, short readings, poetry.”

The ceremony continued, again with text that has been used since 1878.

“All that humankind has done, thought, gained or been is lying as in magic preservation in the pages of the books,” Babcock read, slightly altering the language from “mankind” to include the broader scope of humanity. “They are the chosen possession of human beings.”

Another song followed, sung to the tune of “America,” and CLSC graduates lined up to ring the bells in the Miller Bell Tower for themselves. Thus concluded another Bryant Day in the history of the CLSC.

“The CLSC has been going for 139 years,” Babcock said after the ceremony. “And we hope, another 139 years. People come and people go, but reading goes on.” 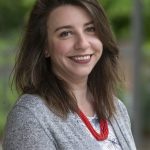