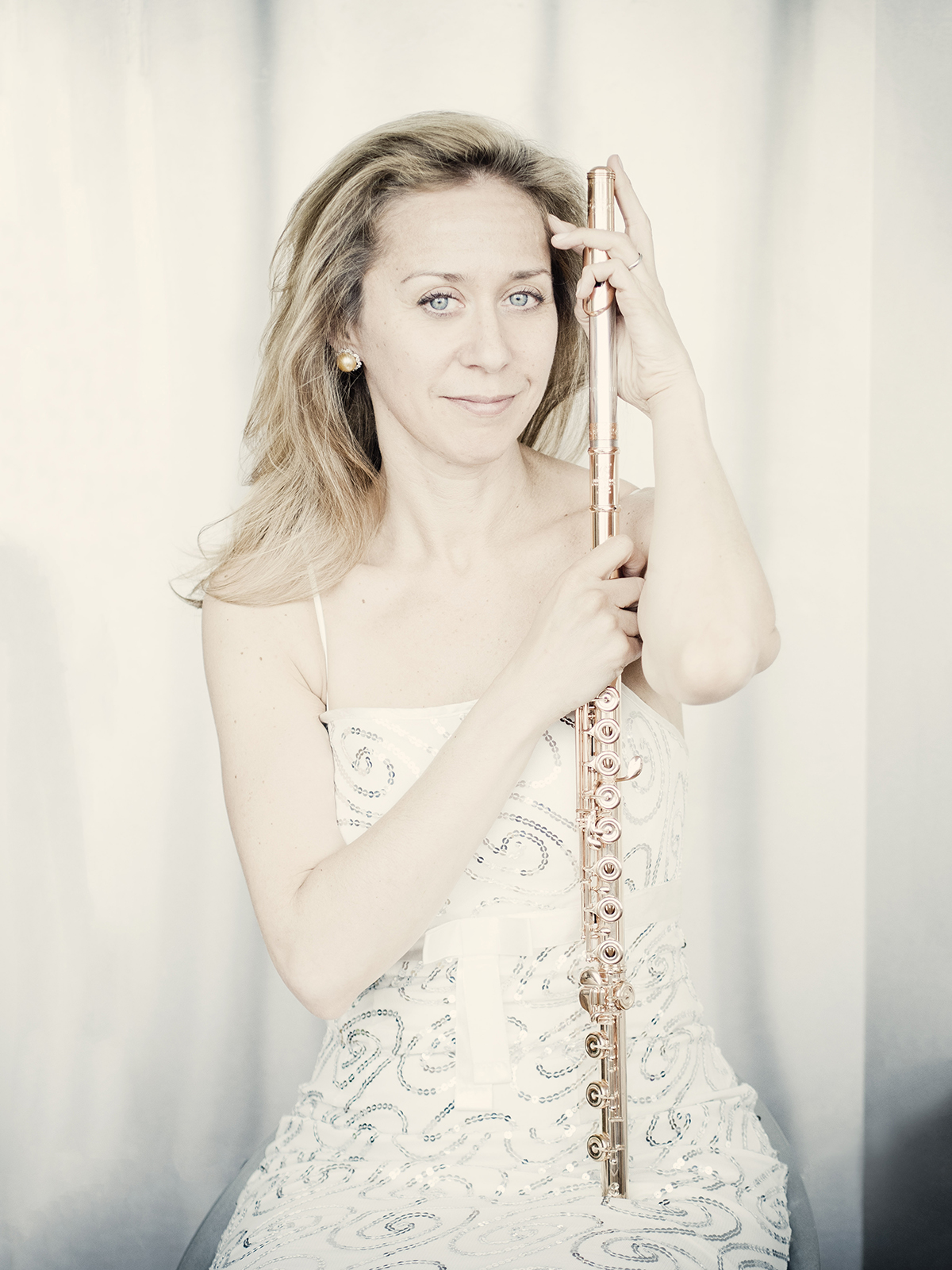 At the age of 7, Marina Piccinini’s music teacher told her she was too small to play the flute and handed her a recorder instead.

When she was 10, she moved to Canada and asked to play the flute in her new school’s band. Although her question yielded a positive response this time, the rural area did not have a flute teacher.

So, she taught herself.

At 8:15 p.m. Thursday in the Amphitheater, Piccinini joins the Chautauqua Symphony Orchestra and guest conductor JoAnn Falletta. The flutist’s solo on a “landmark” concerto, written especially for her, spans the entire range of the instrument.

Piccinini decided she wanted to be a flutist after her father took her to see Mozart’s opera The Magic Flute.

“A light went on and my heart skipped a beat. I realized I wanted to be a flutist for the rest of my life,” Piccinini said. “I was kind of struck by lightning with that.”

It wasn’t until Piccinini enrolled in the University of Toronto at the age of 16 that she got her first flute teacher. One year later, she transferred to The Juilliard School.

Tonight’s concert will open with George Enescu’s “Romanian Rhapsody” in A major, Op. 11, No. 1.

Falletta, who chose the piece, said she made her selection based on the song’s origin as gypsy dance music that would be performed at celebrations.

“That, I hope, will set the stage for the flute concerto that is also based on dance music,” said Falletta, who serves as music director of the Buffalo Philharmonic and Virginia Symphony.

Piccinini said her admiration of the Pulitzer Prize-winning composer prompted her to ask Kernis to write a concerto for her.

“You don’t know what kind of piece you are going to get at all, but you do your homework,” Piccinini said. “I knew him. I knew his music. I knew it was going to be great, but I didn’t know what it would be.”

She said she tried to give impressions to Kernis about what she would like to play, but in the end did not have much say. Piccinini put her trust in Kernis to write something he thought would suit her.

The final product emerged as a four-movement flute concerto. Piccinini said when she started learning the piece, she knew it would become a cornerstone of her repertoire.

The orchestra’s part of the concerto is also very in-depth and challenging, according to Piccinini.

“Sometimes there are the most beautiful limpid, lilting melodies that you just feel like you are back 200 years,” Piccinini said. “And sometimes it is very fierce. In the last movement, I have to sing and play so it is a little like Jethro Tull.”

This technique makes sense to Piccinini, who described her style as vocal.

“The reason I started playing the flute was because I went to see a Mozart opera,” Piccinini said. “I think in my heart, I never knew the difference between the voice and the flute.”

Falletta said when choosing the second half of the concert, she thought about the most beautiful pieces that can be played outdoors to emphasize the special atmosphere of the Amphitheater.

She said she chose Beethoven’s Symphony No. 6 in F major, Op. 68, “Pastoral,” because it was composed in the country.

When Beethoven needed to find tranquility or recharge he went to the country. Falletta said she thinks Chautauqua Institution offers a similar retreat for people.

Similarly, Falletta said she finds that retreat in symphony music.

“I feel that orchestra has a magic that is incomparable,” Falletta said.