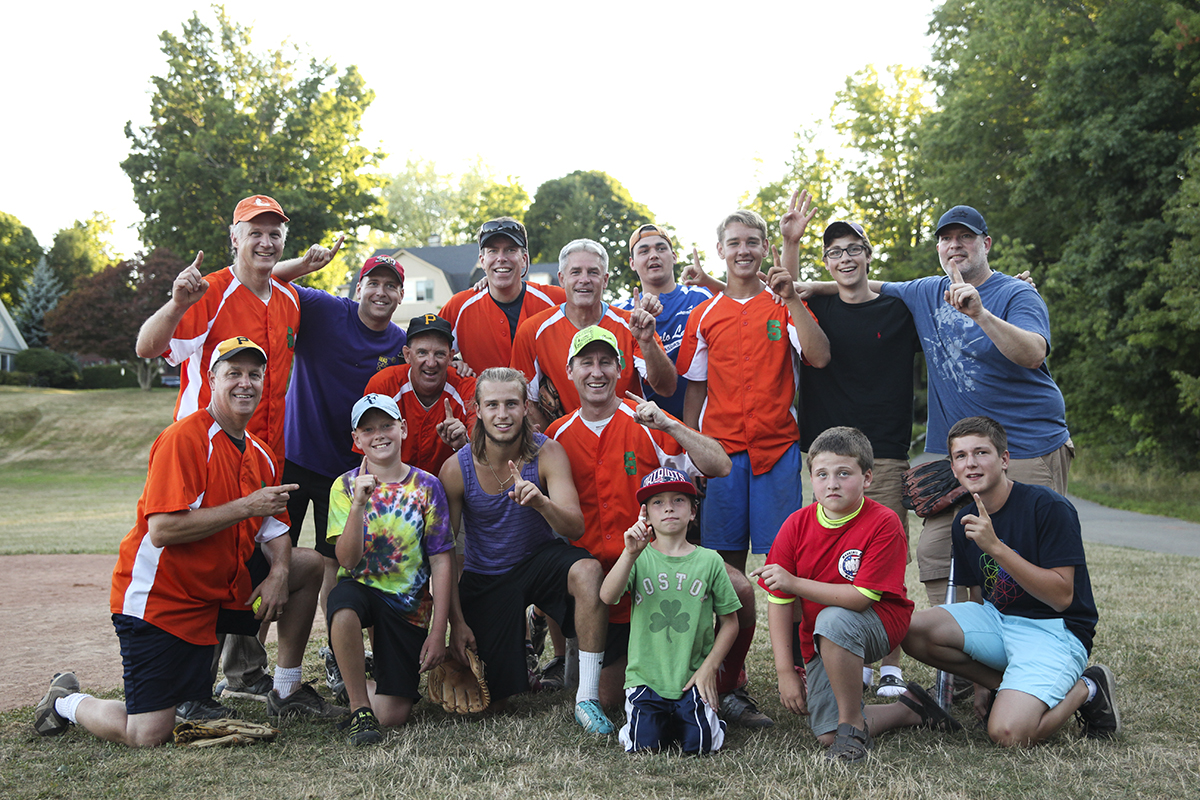 The Slugs had no trouble with the YAC PAC in the Chautauqua men’s softball league championship Wednesday evening, cruising to a 38-11 victory at Sharpe Field.

After drawing nine walks in the first inning, the Slugs basically put the game out of reach within the first 20 minutes and didn’t look back on their way to a historic championship victory.

“This is one the greatest teams ever,” said Slugs captain John Chubb. “We knew it wouldn’t be an easy battle to get to this point. I’ve always said that defense is what wins championships and against a great team like the YAC PAC, we only gave up 10 runs. Guys were making plays and to me that was the biggest difference.”

But what the game may have lacked in drama, it made up for in moments that could only happen at a place like Sharpe Field.

Almost 100 people showed up to cheer on both teams and stuck around through the game. League commissioner Mark Altschuler thanked the fans for their support before the game and congratulated both sides on accomplishing what many softball teams can only dream about.

For the YAC PAC, just making it to the championship game was a milestone. After a disappointing 1-11 season, the YAC PAC reached the playoffs as the lowest-ranked team in the league. That meant a semifinals matchup against the first-place Pounders, a team they never beat during the regular season.

That changed in a heart-stopping 27-26 victory that sent the YAC PAC to the championship game against the Slugs, who beat the Arthritics in the other semifinal.

Although the outcome was decided early, the championship game was still a competitive affair. The YAC PAC turned several sharp plays in the infield and prevented another big inning after their rocky start to the game.

Jeff Miller pitched the whole game and also smacked a double to left field in what could go down as the last at-bat of his Chautauqua softball career.

With one out separating his team from the championship, Miller ended the game in appropriate fashion. He threw a strikeout to wrap up the Slugs championship season and put a ribbon on his 34-year career.

“Final pitch, strike three. Yeah, that’s a rarity,” Miller said. “Winning the championship is going to be a good memory.”

With the conclusion of another season, Chautauqua softball players can already start counting the days until next season. Miller said there was no secret to his team’s success and encouraged interested players to join the league next season.

“We play to win and we’re competitive, but this is pure amateurism,” he said. “Just get out and play.”