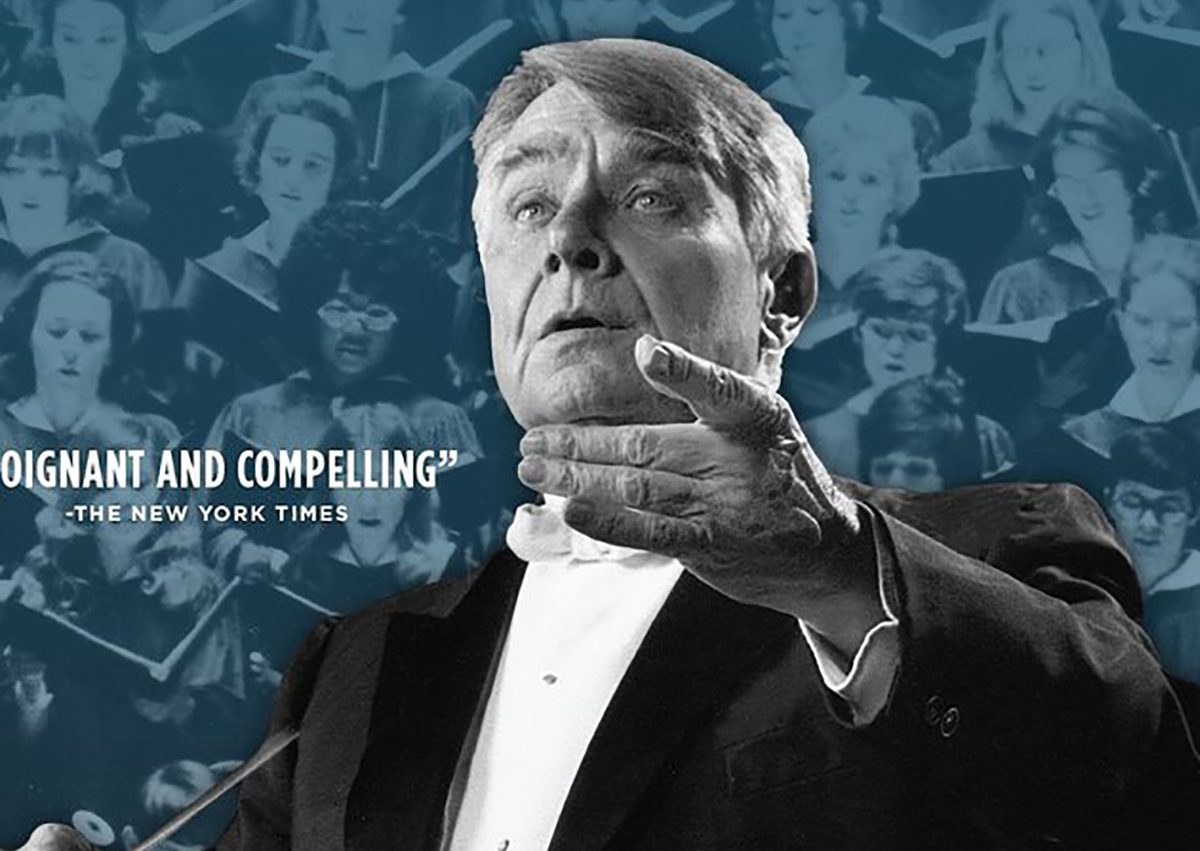 American composer Robert Shaw was many things: conductor, musical ambassador and close friend of President Jimmy Carter, but above all else, he was a man of words.

“He was really a poet at heart,” said Alice Parker, a former student, longtime collaborator and arranger of Shaw’s music. “He listened and understood what he was listening to in a way that was just extraordinary, and I tried all my years that I was working with him and ever since to listen better and better, but I never come close to what he was able to hear.”

At 3:30 p.m. August 19 and 4:30 p.m. Saturday at Chautauqua Cinema, Parker and Executive Producer Kiki Wilson will host screenings of the documentary film “Robert Shaw: Man of Many Voices,” followed by a Q-and-A session.

Shaw is widely known for his work with the Atlanta Symphony Orchestra and the orchestra’s in-house chorus, a world-class volunteer ensemble that he founded in 1967 and conducted full-time for 21 years. Before conducting in Atlanta, Shaw served as associate conductor of the Cleveland Orchestra under George Szell, beginning in 1956. He won 14 Grammy awards for his classical and popular recordings.

Wilson sang in the Atlanta Symphony Orchestra Chorus under Shaw’s baton and is still a member of the ensemble. Some of her most treasured memories of working with Shaw came in the form of the conductor’s weekly letter to his singers, explaining the linguistic nuance, contextual significance and emotional meaning of their current repertoire.

He would write the letter by hand on a yellow legal pad and pass it to his assistant, who then typed and mimeographed the document for distribution among the ensemble.

“His ability to put complex ideas into a couple of sentences was just astonishing,” Wilson said. “I have a file box full of these letters, and all of us kept them. I mean, you couldn’t think of throwing away a letter from Robert Shaw. [We] knew that in itself was a piece of literature.”

Born in 1916 in Red Bluff, California, Shaw was a self-made man. He taught himself to play the piano and read music, and as a student at Pomona College, he studied religion and philosophy while singing in the extracurricular men’s glee club. When radio host and bandleader Fred Waring visited the college during a film shoot, he heard Shaw’s glee club and was so impressed he asked Shaw to conduct a group of singers on the radio show. Shaw formed the Fred Waring Glee Club in 1939, followed by the Collegiate Chorale in 1941 and the Robert Shaw Chorale in 1948.

“If Fred Waring had not discovered him at Pomona College, it’s very possible and probable that Robert Shaw would’ve been a minister,” Wilson said. “Or as he said later in his life, perhaps a professor of comparative literature or religion, some of the things that it sounds like Chautauqua absolutely stands for.”

Parker, who is still an active composer, will see the final cut of the film for the first time today.

“I am just so delighted that Kiki took on this huge project of trying to make something worthy of Shaw. I think he just made us all hear better and have a wider vision of what a chorus could be and how it could sound,” Parker said. “He knew the incredible benefits that come from singing, and if we could get more people in the world singing more of the time, we wouldn’t have so much time to fight each other.”