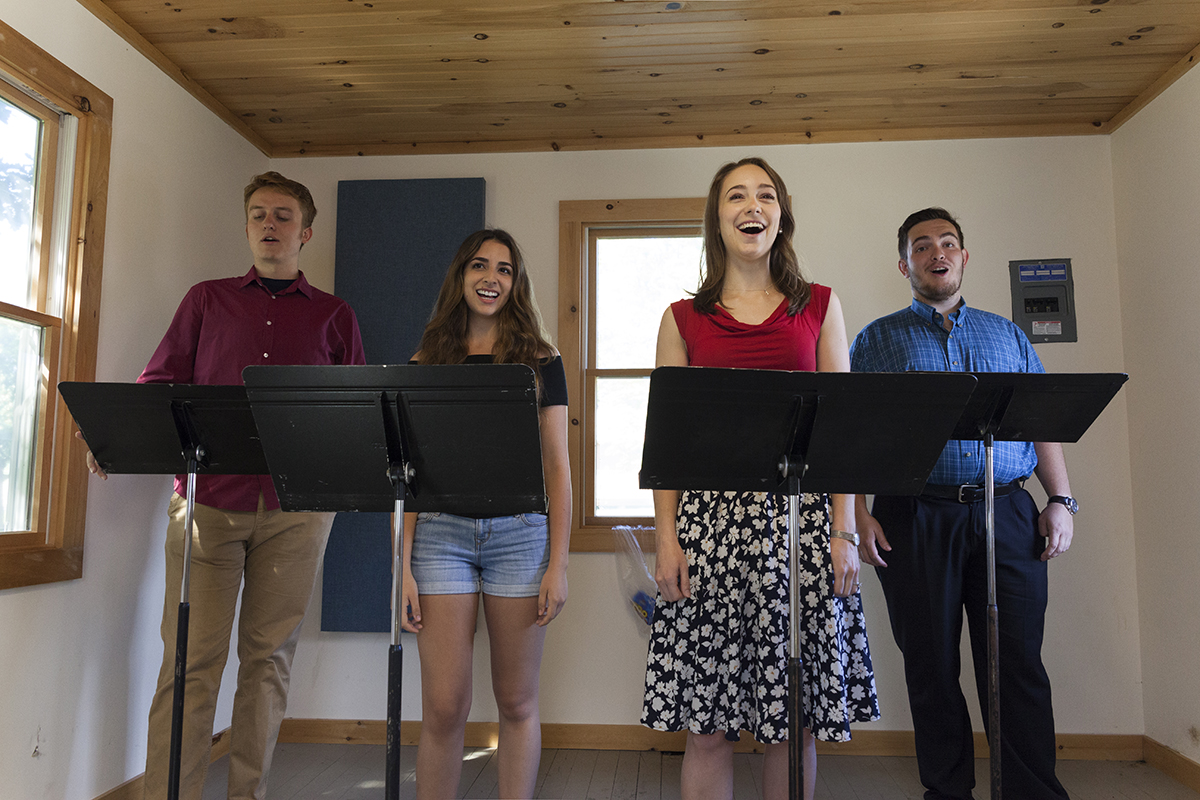 New and returning voices are ready to take the stage.

The 43 vocal students in the School of Music will sing hello to the community at 2 p.m. Tuesday in Fletcher Music Hall for the annual Sing-In.

“It’s incredibly nerve- wracking,” said Sarah Wofford, a voice student from Shenandoah University returning to Chautauqua Institution for her second year in the Voice Program. “You have a bunch of people staring back, and it’s just you.”

Each student picks a three- or four-minute solo piece to perform. Selections range from Baroque to 20th-century pieces.

“The Sing-In is almost a walk through time where you hear all sorts of things and you won’t hear the same thing twice,” Wofford said.

Students choose pieces that highlight their strengths, but their decision also makes a statement about their distinct styles as vocalists.

“It’s giving people a sense of your identity,” Wofford said. “It’s an opportunity to show who we are.”

The vocalists are not only greeting the public. While faculty have heard various students audition in person and by video throughout the year, the Sing-In is the first time the faculty hears all the chosen talent.

“It’s a nice way to get to know (the students),” said head coach Donald St. Pierre. “If they’re returning I get to see how they’ve improved, and if they’re new I get to see what they’ve got.”

The Sing-In plays a key role in the faculty’s decisions for the summer program. Hearing the range of talent allows them to plan the rest of the summer’s events, like the weekly recitals, operas, and an Aug. 9 performance of Carousel.

It’s also the first time many of the young vocalists are hearing one another. Voice coach Donna Gill said the kickoff event is a chance for the students, who hail from all over North America and beyond, to showcase their varied talents to their peers.

That is one reason Wofford finds the event exciting.

“Everyone is different,” Wofford said. “No two voices are the same.”