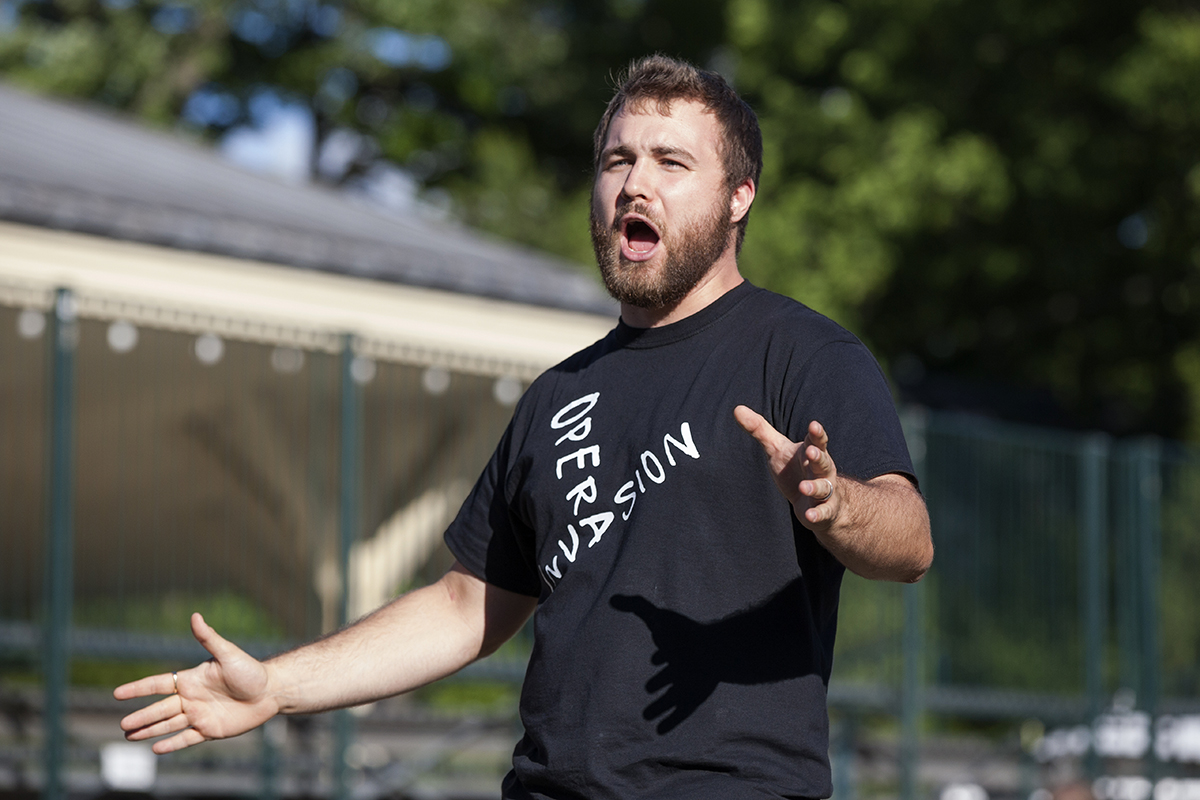 Brace yourselves. The Opera Invasions continues.

At 12:30 p.m. Sunday, the four corners of Bestor Plaza will echo with the sounds of opera as the Chautauqua Opera Company welcomes President Michael E. Hill with a short concert.

This concert, accompanied by the bells of Miller Bell Tower, is the first of six Opera Invasions events scheduled for the 2017 season. Introduced for the first time last season by Chautauqua Opera General and Artistic Director Steven Osgood, Opera Invasions concerts bring opera out of Norton Hall and onto the brick walks and lawns of the grounds.

“These performances are a way for us to show Chautauquans who we are and the fun we have with opera,” Osgood said.

That fun is something Chautauqua Opera hopes to continue to share with more and more Chautauquans this season. After a glowing reception last year, it was an easy decision for Chautauqua Opera leadership to continue Opera Invasions events this season. According to Osgood, the unique and playful performances serve as a casual initiation for those who might not otherwise be exposed to any sort of operatic event.

“We can’t expect people to come to our house unless we’re willing to go to theirs,” Osgood said, speaking about the active approach the company is taking to engage and involve a wider audience. “That’s what we’re out there doing, showing the community who we are, intriguing them.”

Part of that intrigue lies in the return of Opera Invasions T-shirts. If a Chautauqua Opera member is seen wearing the shirt anywhere on the grounds, Chautauquans have the right to stop them and request a personal, command performance.

One new wrinkle to command performances involves this season’s Composer-in-Residence Gity Razaz. Razaz has composed an a cappella setting of the text “Chautauqua Opera,” referred to as the Chautauqua Opera Fanfare. Every requested performance from a community member will be answered with this fanfare.

Osgood said it will be a kind of theme song for Chautauqua Opera, and that every time Chautauquans hear it, they’ll know that opera is around, bringing its unique brand of excitement to every lane, path and park of the grounds. All season long, all corners of the Institution will indeed echo with the sounds of opera. 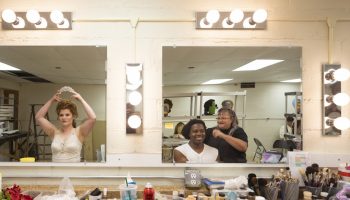