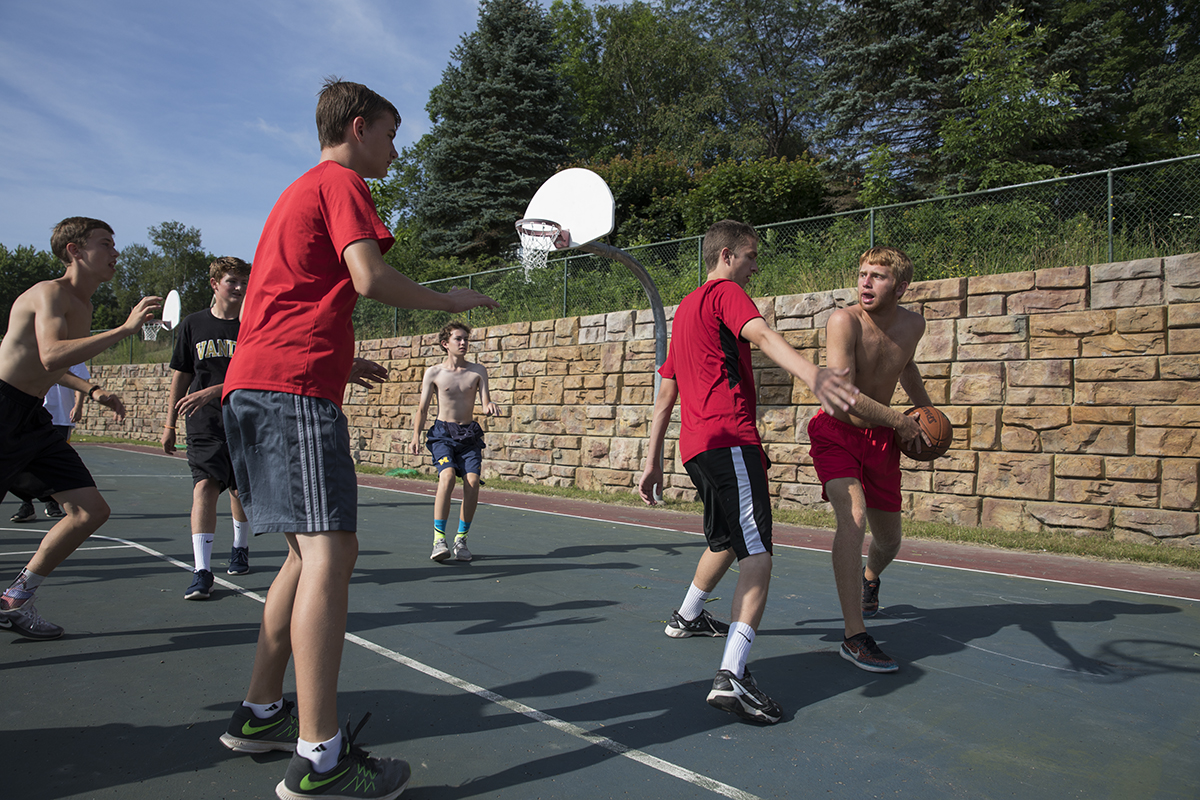 Clubber Rylan Springer, 18, faces off in a game derived from the original rules of basketball on Friday, July 21, 2017 in the basketball courts. PAULA OSPINA / STAFF PHOTOGRAPHER

Last week, Boys’ and Girls’ Club traveled back to 1891 to play basketball the way it was originally intended.

Basketball director Rich “Padre” Flanagan worked with Groupers to teach them James Naismith’s original game, which featured rules such as no jumping, no dribbling and no limit of players allowed on the court.

The week began with a mix of fun and frustration.

Because Clubbers couldn’t dribble, they had to use communication, teamwork and passing to set up scoring. Club Director of Programming Jennifer Flanagan thought it would take a while for them to understand the rules.

“This is a big leap,” Jennifer Flanagan said. “Some of these kids just learned how to play basketball and dribble. Now you take that key skill away. That’s tough to get used to.”

Each day, different groups participated in the game, starting with Group 6 Boys and Group 8 Girls on Monday, going all the way through to SAC Boys and Group 6 Girls on Friday.

SAC Boys’ Elliot Alexander played so well that Rich Flanagan had him switch teams midway through the game.

Despite his performance, Alexander said it still took a while to adjust.

“It was a little slow at first,” he said. “No one is used to eight-on-eight basketball. But once we got going, it was a lot of fun.”

Alexander said the game helped with movement and teamwork through the necessity of passing to score.

SAC Boys’ Greyson Maloney said there were both positives and negatives to the experience.

“It was a little confusing,” Maloney said. “But it does help with team communication.”

Group 7 Boys Counselor Henry Walsh was skeptical about his group picking up the rules, but was impressed that they grasped the concept quickly.

“I thought they’d struggle to adjust to the old-style rules,” Walsh said. “However, they embraced it. I could tell they had a lot of fun.”

After the SAC Boys finished their game, they, along with the SAC Girls, got a big surprise when Stanford University’s head women’s basketball coach and Chautauquan Tara VanDerveer stopped by to share her experiences. A former Grouper herself, VanDerveer embraced talking to the kids.

“Sometimes you can share a little thing with kids and it’ll resonate,” VanDerveer said.

VanDerveer said it’d be fun to play basketball with the original rules, but she’ll stick to the modern game.

After VanDerveer’s talk, the Group 6 Girls got a chance to try out the game.

The teams were broken up into Shirts versus Pinnies.

It started with frustration as girls would accidentally dribble, rolling their eyes as Rich Flanagan called a turnover.

They also struggled with the idea of creating space, beginning the game clustered together, much to Flanagan’s frustration.

But as the game went on, the girls started to adapt to the rules.

Players passed more frequently and called out to their teammates when they needed help.

In the last 10 minutes, the girls completely grasped the game, impressing Flanagan.

In the end, the Pinnies and the Shirts played to a tie, 3-3.

With the week over, Flanagan said he’s ready to hear the full feedback.

“I’m committed to doing it again next year,” he said. “We’ll get feedback, make a couple modifications and see what happens.”

VACI Gallery Store offers ‘something for everyone’ 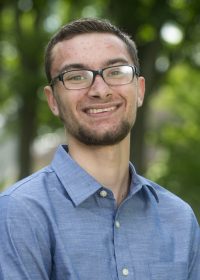 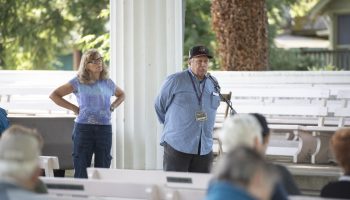 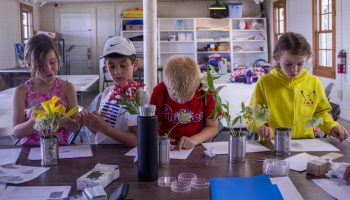 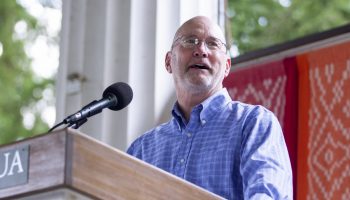 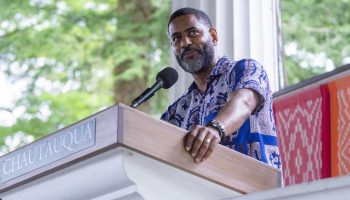