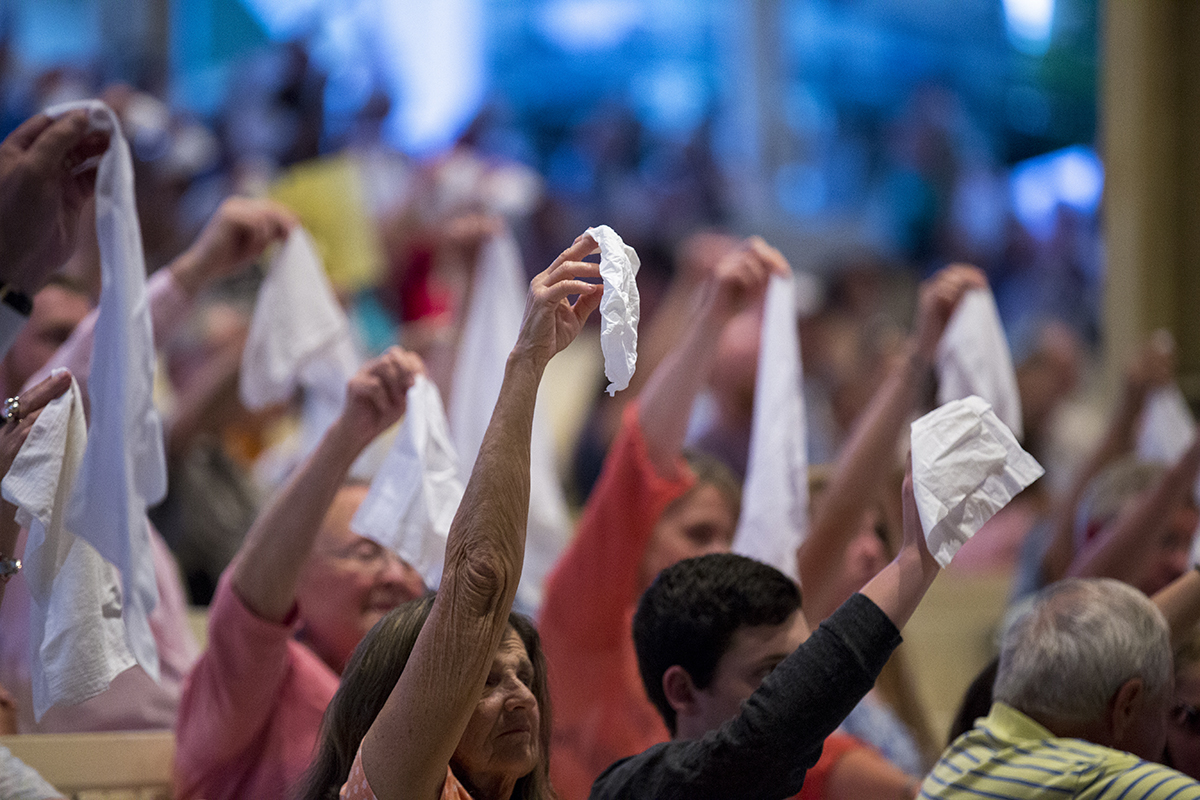 Audience members hold handkerchiefs during the Drooping of the Lilies at Old First Night on Tuesday, Aug. 2, 2016, in the Amphitheater. MIKE CLARK / DAILY FILE PHOTO

Happy birthday, Chautauqua, and welcome to your new party.

For its 143rd birthday, Chautauqua Institution’s historic Old First Night, with the official portion of the celebration starting at 6:45 p.m. Tuesday in the Amphitheater, is getting a makeover — it’s going to be bigger, better and hopefully more inclusive.

“We heard a lot of comments from people that it was time to freshen it again,” said Geof Follansbee, vice president of development and CEO of the Chautauqua Foundation.

Follansbee, along with Vice President and Director of Programming Deborah Sunya Moore, convened a committee over the winter — of staff and community members alike — to examine how OFN has been celebrated in the past and decide how it should continue to be celebrated in the future. Starting with the 1966 celebration, the group looked at one program per decade, ending with 2016’s Old First Night.

“We could see how the program had changed from decade to decade,” Follansbee said. “There were certain items that were always included, but other things appeared and then went away. I think part of what we wanted to show when we dug up the agendas was that Old First Night has been reimagined lots of times — it has constantly been reimagined.”

Staples of the celebration throughout the years include Vespers and the Drooping of the Lilies — where community members hold up and slowly raise white handkerchiefs or tissues in remembrance of late Chautauquans.

Other traditions — such as birthday cake at the Athenaeum Hotel and the lighting of the houses — that were not so consistently upheld are making a comeback this year, joining the more well-maintained traditions.

Along with the re-addition of old traditions, Chautauqua’s birthday party will no longer be contained to merely the evening ceremony in the Amp.

“What we decided was to make it a birthday celebration for the whole day,” said Cathy Nowosielski, co-chair of the Chautauqua Fund and member of the committee that redesigned Old First Night.

A carnival-like atmosphere will kick the day off with a bounce house and various family-friendly activities from noon to 2 p.m. on Bestor Plaza. At 12:15 p.m., the Community Band will perform.

The evening’s festivities are set to begin at 6:15 p.m. in the Amp with a performance by Thursday Morning Brass, before the official ceremony gets underway at 6:45 p.m. This year’s ceremony will include Vespers, the Drooping of the Lilies and traditional roll calls by years and generations, along with a procession and performances by Children’s School and Boys’ and Girls’ Club.

These elements are part of the deep historical tradition that OFN is steeped in. The events that will follow the more historic ceremony in the Amphitheater are intended to be more inclusive.

“We have to recognize that the Chautauqua community is comprised differently than (it has been in the past),” Follansbee said. “We looked really hard at what we should be doing for Chautauquans who don’t have the deep historical ties that Old First Night has a tendency to celebrate.”

After the official ceremony, there will be a Family Entertainment Series performance by Playing by Air at 7:30 p.m. in the Amp.

Birthday cake will then be served at the Athenaeum Hotel and various denominational houses around the grounds. 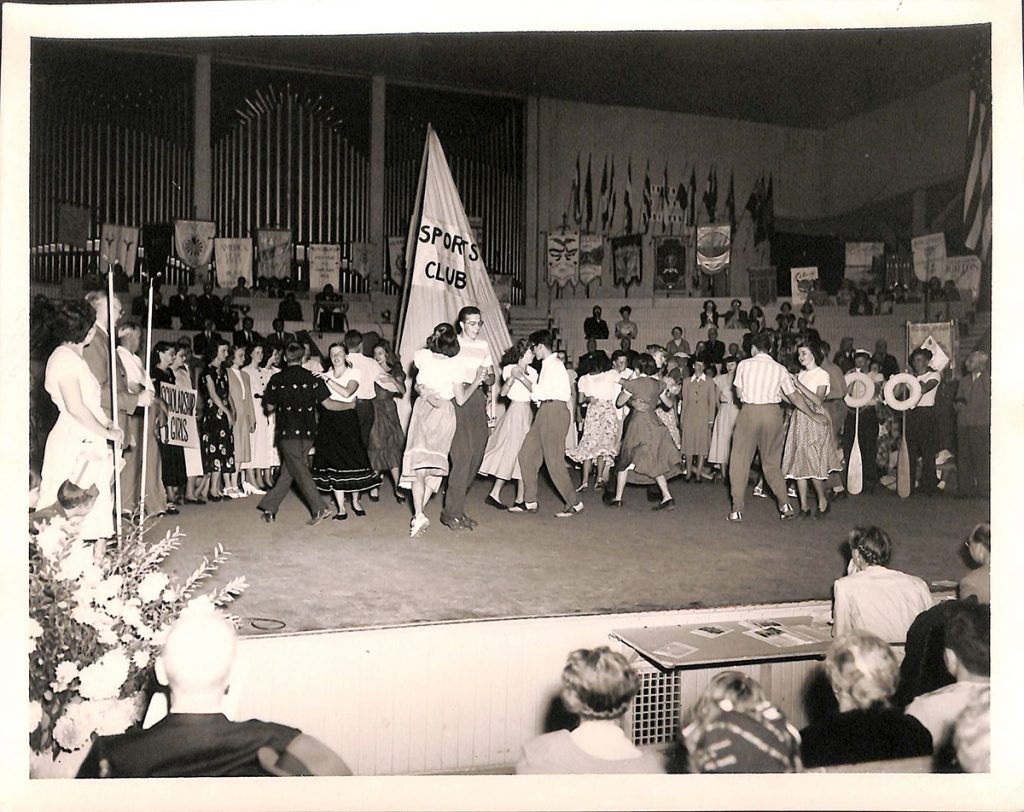 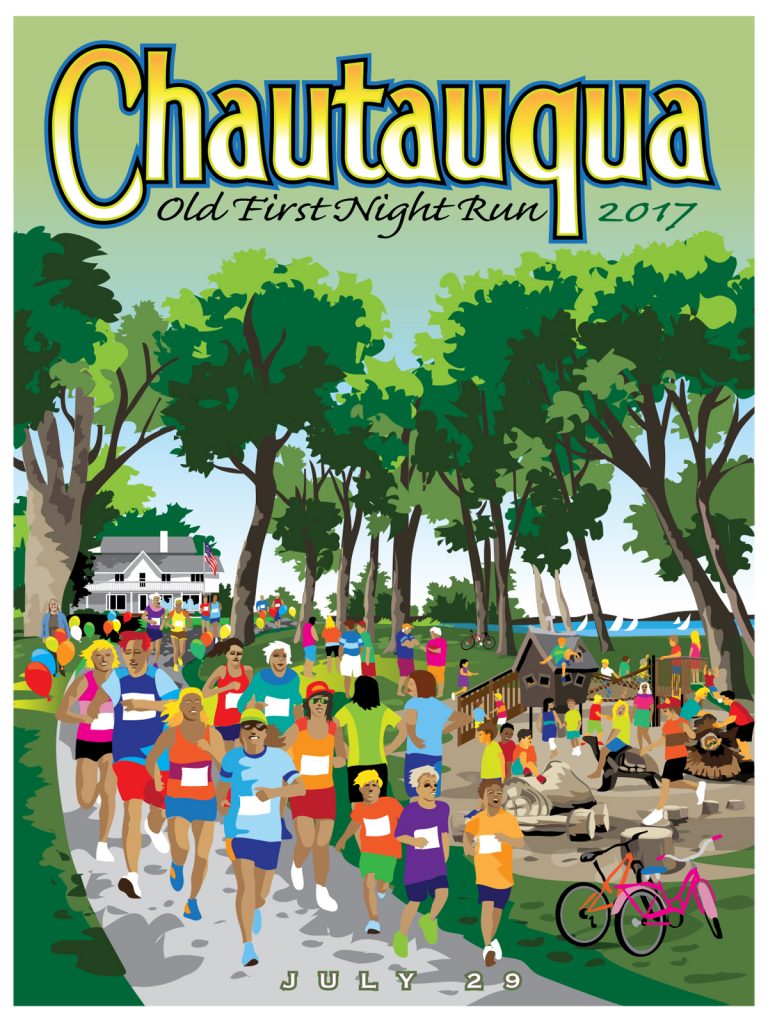 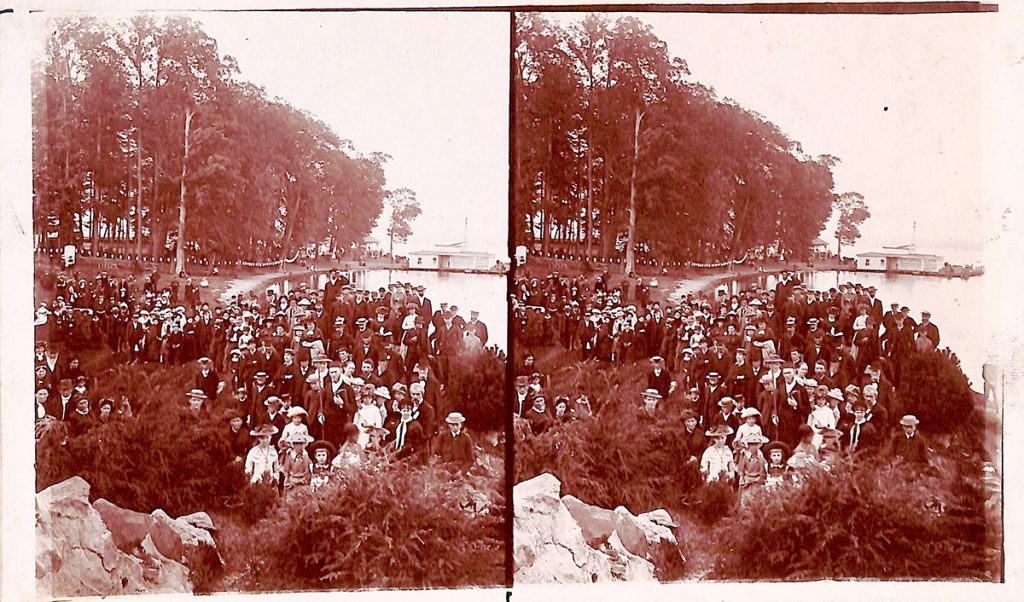 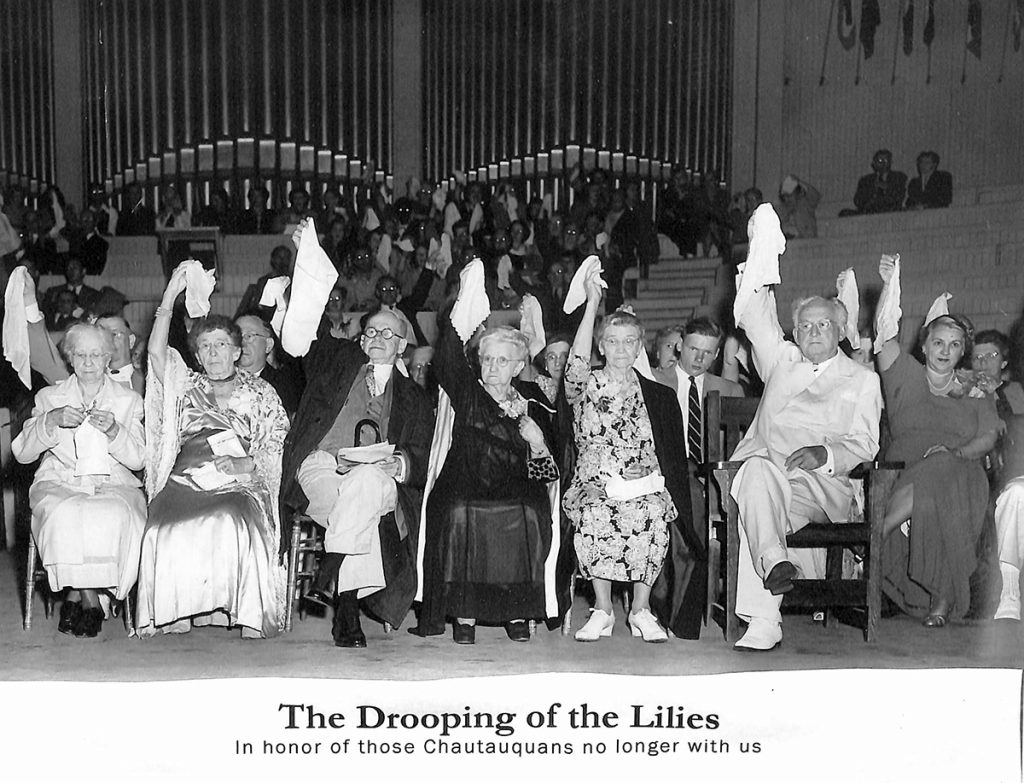 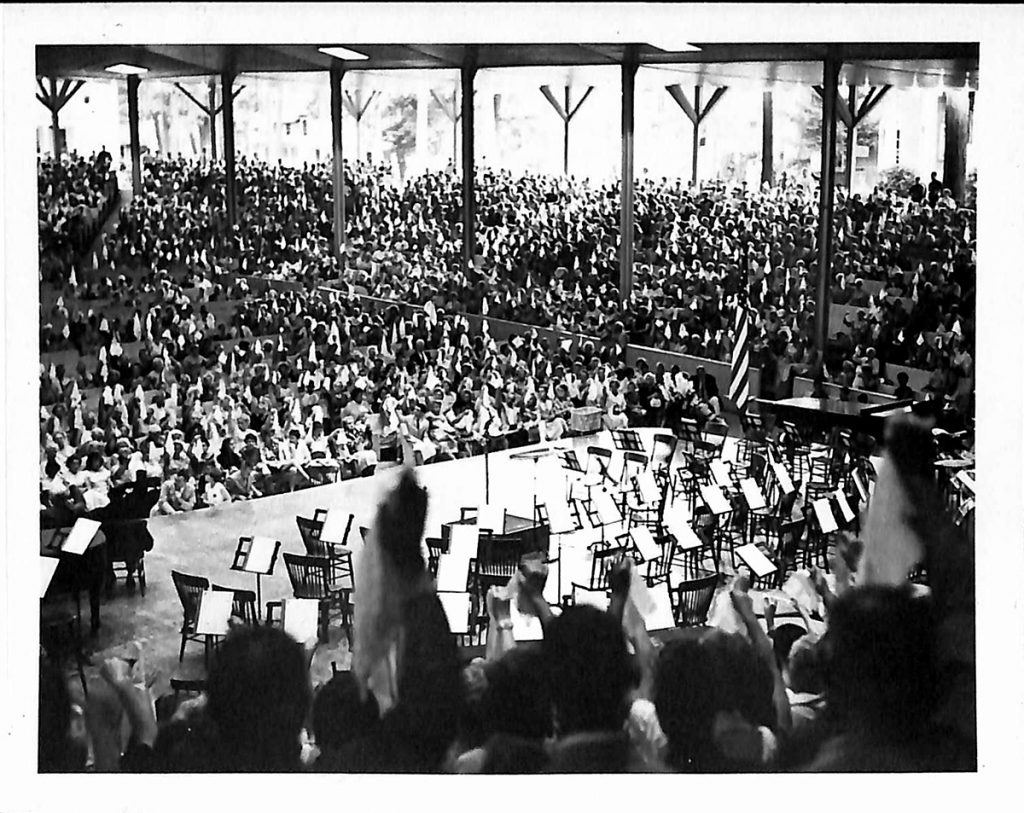 Finally, there will be popcorn and a movie on Bestor Plaza with an outdoor screening of “Inside Out,” introduced by Lewis Black, who voices the character Anger. For Chautauquans who don’t plan on attending the movie, there will also be a stand-up comedy event with the day’s interfaith lecturers Rabbi Bob Alper and the Rev. Susan Sparks in the Athenaeum parlor with food and drinks for purchase.

“We’re extending it to be a day of complete celebration for the gift that is Chautauqua,” Nowosielski said. “(We broadened) it to include programming for families so that families felt welcome and (would want) to stay and be involved in the evening activities, and … in the birthday celebration.”

This attempt to provide a more inclusive and welcoming celebration was something the committee focused on when they discussed re-imagining OFN. However, they also felt it was important to continue aspects of the program that reflect the Institution’s long history.

“We have more and more people who are coming and they’re here for the first time … and we didn’t honestly feel that we were serving them well,” Follansbee said. “We thought, ‘How do we reimagine Old First Night into a daylong celebration of Chautauqua’s birthday that includes that part of our history that’s important to celebrate, while creating an experience that the entire community can come around?’ ”

Follansbee said the roll call — where people in the Amp are asked to stand if they’re from a certain state; have been attending Chautauqua for any number of years; or if they met their spouse, married, or honeymooned at Chautauqua — is important to keep because it teaches newcomers about what kind of place Chautauqua is.

“We talked about how important it is for a new Chautauquan to actually see that … because there are a lot of people standing up when that question is asked, and that sends a signal to new Chautauquans that indeed this is the type of community where these things happen,” Follansbee said.

Chautauqua’s new daylong birthday party reflects the Institution’s broader efforts to create a more inclusive community. The meeting of new and old today embodies the forever-changing landscape that is Chautauqua.

“I just hope it’s a fantastic coming together of the Chautauquan community to celebrate this remarkable institution that indeed is 143 years old,” Follansbee said. 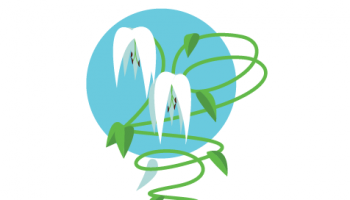