All children should be able to see themselves on the shelves of the library.

But according to Lee & Low Books, as of 2016 only 11 percent of children’s books written in the past 23 years are by or about people of color. Compare that to the 37 percent of people of color that make up the population of the United States, according to 2010 U.S. Census data, and it’s not hard to see the severe underrepresentation of minority groups in children’s literature.

Fortunately, authors are coming together to combat this issue through We Need Diverse Books, a nonprofit organization promoting diversity in children’s literature and publishing. Ellen Oh, one of the co-founders of WNDB, is the editor of Flying Lessons & Other Stories, which will be discussed along with The House on Mango Street, by Sandra Cisneros, at 4:15 p.m. Wednesday in McKnight Hall. Both are CLSC Young Readers selections for Week Four. Following the book discussion, Derek Bermel, the composer who wrote “Mango Suite” based on Cisneros’ book, will lead an activity. “Mango Suite” will be performed by the Chautauqua Symphony Orchestra on Saturday.

Although the two books were published more than three decades apart from each other, there’s a parallel between the two, said Special Studies and Youth Programs Associate Karen Schiavone.

“Like Mango Street, Flying Lessons celebrates diversity and reminds readers that we have more in common with one another than we sometimes think we do,” Schiavone said. 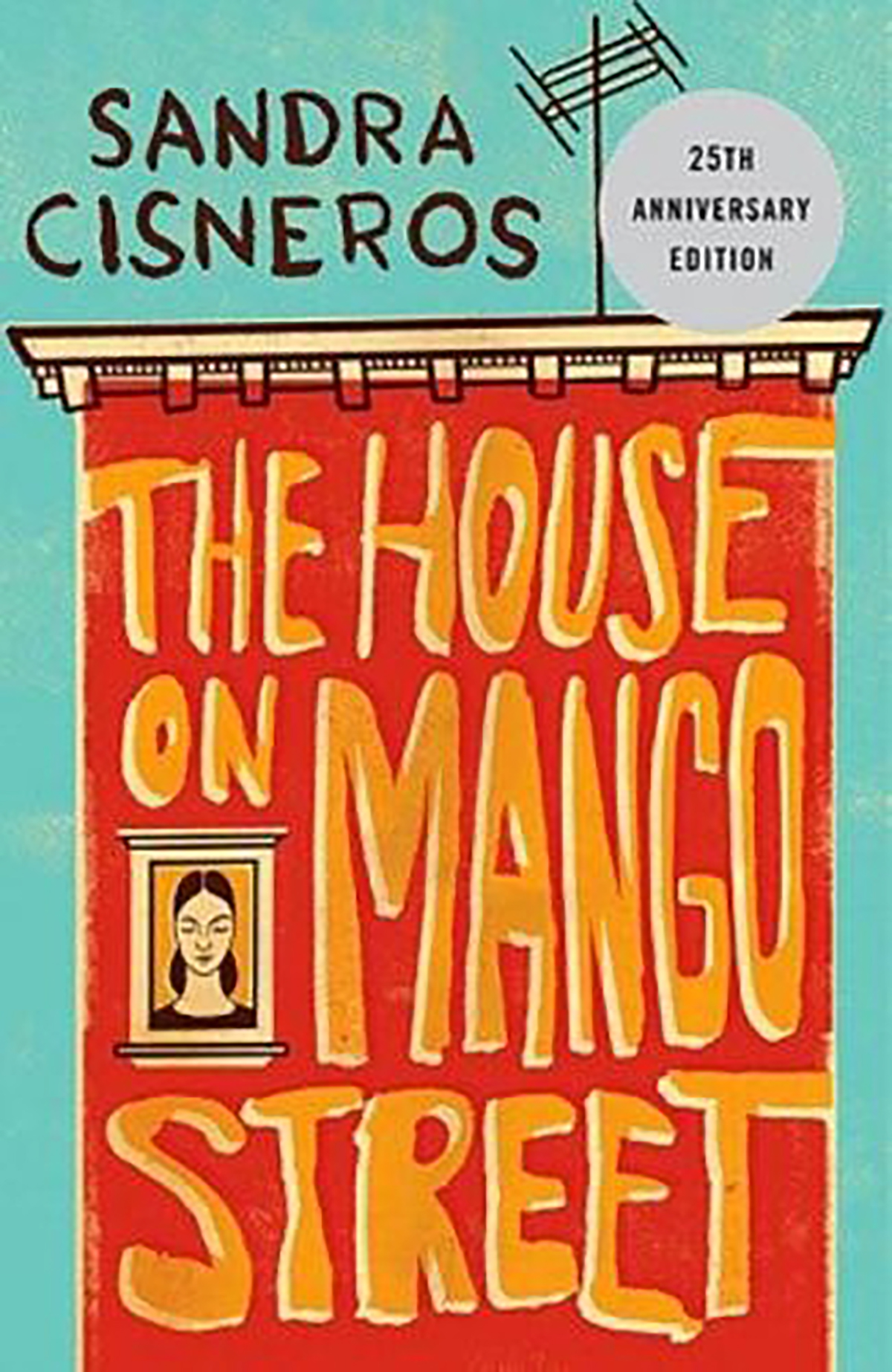 Cisneros’ novel, told through a series of vignettes, is also this week’s adult Chautauqua Literary and Scientific Circle selection. It’s more mature than most novels on the CLSC Young Readers list, but Schiavone said children can relate to the awkward and embarrassing situations Esperanza overcomes in the story. Schiavone said Esperanza’s neighborhood may differ a great deal from that of many of the young readers, but the emotions she feels are common to all kids.

“In some ways, I think it’s even more important for young people to hear that message now rather than waiting to read this book as an adult,” Schiavone said. “To tell the youth, ‘Hey, it’s OK, you’re going through something difficult now, but you’ll … be stronger for it someday.’ ”

Flying Lessons is targeted toward the younger, typical age range of the Young Readers program. The anthology was created in partnership with WNDB and features stories by leading children’s authors such as Kwame Alexander, Matt de la Peña and Grace Lin. The 10 stories bring alive characters that don’t only reflect children’s emotions, but also mirror their surroundings, families and lives.

According to the WNDB website, representation of minorities in children’s books is helpful for all children. On one hand, it stops the cycle that Rudine Sims Bishop speaks of in the 1990 article “Mirrors, Windows, and Sliding Glass Doors,” in which people of color see through windows into a world that isn’t like their own. 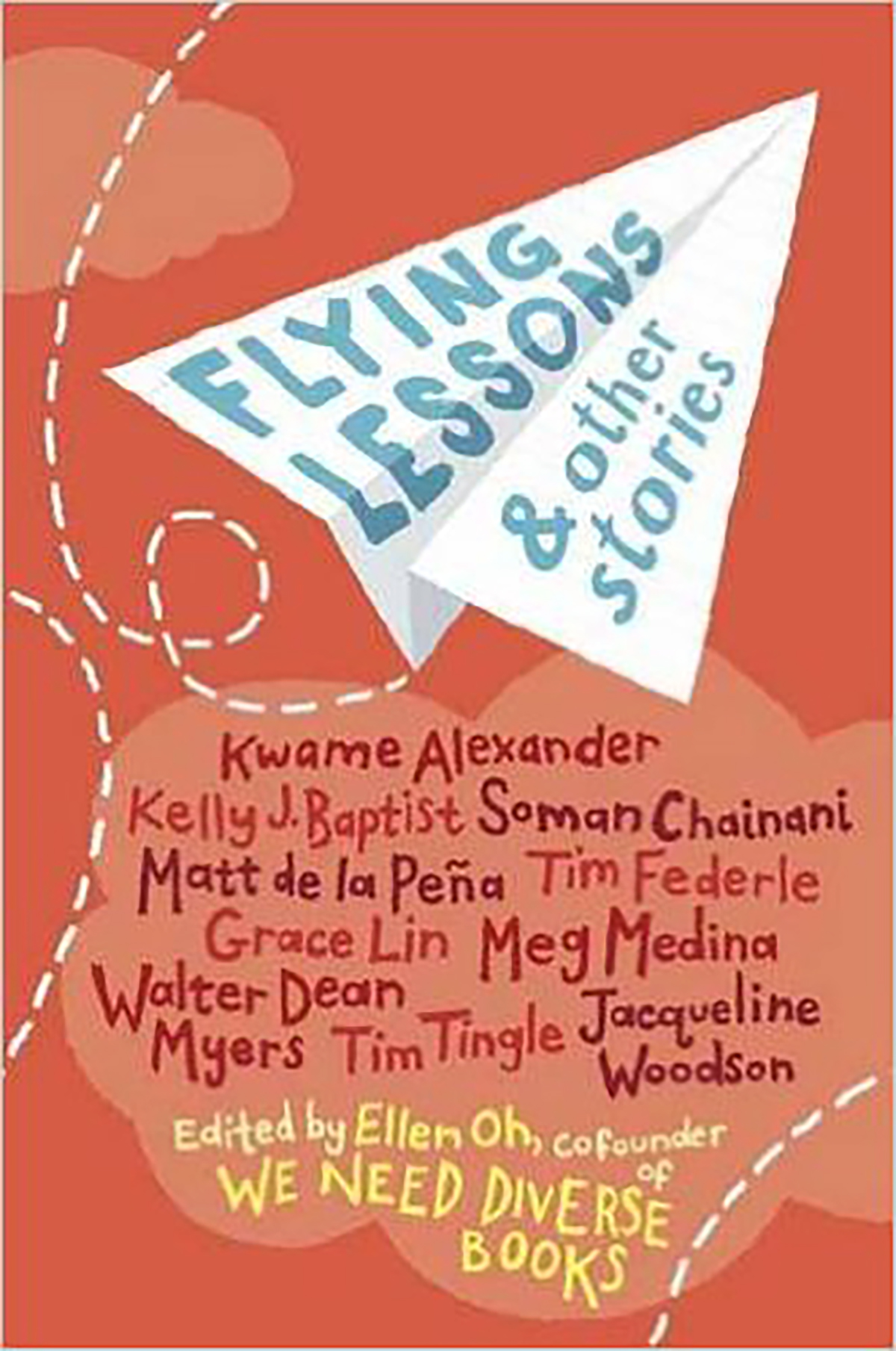 “When children cannot find themselves reflected in the books they read, or when the images they see are distorted, negative, or laughable,” Bishop wrote, “they learn a powerful lesson about how they are devalued in the society of which they are a part.”

Misconceptions about how someone should act or look based on race alone is what ultimately led Oh, who is Korean-American, to create WNDB. She told Time magazine that after her elementary school teacher read Claire Huchet Bishop’s The Five Chinese Brothers, kids chased her around making “chinky eyes” at her. One boy, she told Time, painted her arm yellow in art class because “she wasn’t the right color for a Chinaman.”

Much of the discrimination Oh faced, similar to what Esperanza, a Mexican-American girl growing up in the late ’60s faces, is still present today – and, in some cases, increasing.

“Racism was really bad for me when I was growing up, but I was so sure that it would be better by the time I had kids,” Oh told Bustle. “I can assure you that I have firsthand experience now of the rise of hate and intolerance since Trump’s campaign.”

The country may be increasingly divided in many ways, but through Oh and the WNDB, hopefully children’s literature will not be one of them.

“What we want to do,” Oh told Time, “is to talk about how the human experience is what bonds all of us, instead of putting us into these parcels, these categories, and saying, ‘No, you’re different, and I can’t relate to you.’ ” 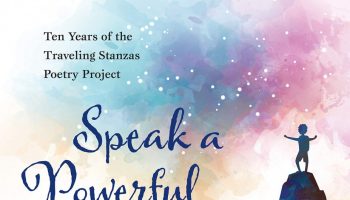 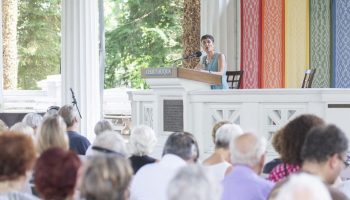 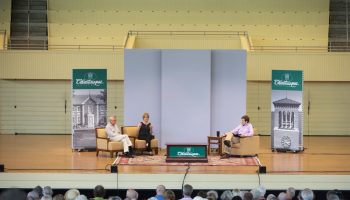