The 1918 piece, written in the midst of war, is based on a Russian folk tale. The piece tells the story of a soldier who makes a deal with the devil, trading his fiddle for unlimited wealth.

Rebecca Tong, 2017 David Effron Conducting Fellow and conductor of Thursday’s performance, said she interprets the piece as an exploration on the relationship between man and the devil.

“At the end, of course, when you play with the devil it’s not going to end well,” Tong said.

Tong said that Stravinsky was influenced by New Orleans jazz ensembles when composing Soldier’s Tale, and only includes seven instruments: the violin, double bass, clarinet, bassoon, trombone, percussion and either cornet or trumpet. Thursday’s performance will follow the traditional septet arrangement but will use a trumpet and two percussionists. Tong said at that period in New Orleans, people would improvise and play whatever instruments they had available.

“With the seven instruments, Stravinsky brings out so much color and sound,” Tong said. “With a theatrical work, it’s interesting to see everything come together.”

The Soldier’s Tale is a piece Tong said she’s always wanted to do, so when a group of MSFO students approached her about performing it, she thought it was the perfect chance to put it on.

Tong said that Chautauqua is the ideal place for the piece to be performed, especially through the collaboration of the talented students.

“This is the perfect chance to gather with so many talented musicians and theatrical people,” Tong said. “It’s such an honor to be at this Institution and doing this work.” 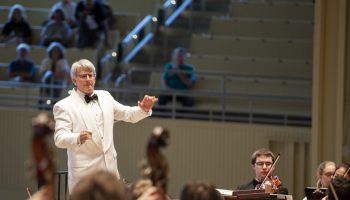 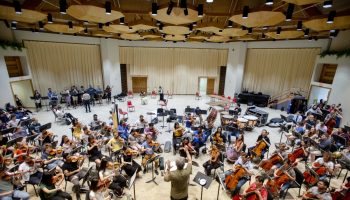 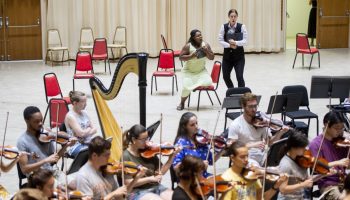