In rehearsals for An Octoroon, members of Chautauqua Theater Company talked about race. A lot.

Realizing that this conversation isn’t an easy one, director Giovanna Sardelli encouraged the actors to speak freely, calling each other out on transgressions in order to learn from one another and improve the way they talk about race.

“Of course, we were going to open up wounds. Out of necessity, it must be painful because  America is failing at this conversation. Why should we think that we would succeed with any elegance in two weeks?”

Although rehearsals are over, Sardelli said the conversation is not. An Octoroon opens this weekend with performances at 6 p.m. on Saturday, June 30 and 2:15 and 8 p.m. on Sunday, July 1 in Bratton Theater. 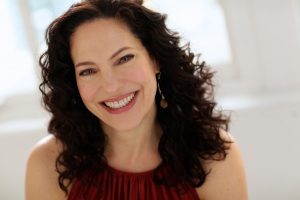 An Octoroon is not Sardelli’s first directorial foray into racial issues. Her directing credits include the world premiere of Rajiv Joseph’s The North Pool with TheatreWorks and Matthew Lopez’s The Whipping Man at the Old Globe Theatre in San Diego, for which the NAACP nominated Sardelli for best director.

Sardelli said An Octoroon differs from her previous work because the confrontation with racism is more blatant.

“To be honest, one of the reasons that I agreed to do this play is because it scared me in all the best ways,” Sardelli said. “But it excited me because the conversation is so rich and so alive and non-negotiably honest, which is frightening when you look at something that we have tried to dress up, skirt around and deny.”

Branden Jacobs-Jenkins’ script both employs and deconstructs racist caricatures, such as the obedient servant, “mammy” and alcoholic Native American. Sardelli took time to discuss with the cast why characters in An Octoroon might adopt traits from these tropes in order to survive, as well as whether the characters were given an actual choice in that decision.

“I would say that Branden is tired of PC dancing around issues, and he just wanted to dump it in your lap and say ‘Let’s look at it’ in an artfully challenging, provocative way, … which is why this play required more attention and care in the entry to it,” Sardelli said.

Years ago, Sardelli received “the gift of whoopsie” from a friend as a way to breach the uncomfortable.

“I didn’t know how to disengage from a conversation that was racist.” Sardelli said. “I found myself being too confrontational or paralyzed because it’s difficult, especially if it’s somebody you love.”

Sardelli gave whoopsie a try. Whenever she heard something that crossed the line, whether intentionally or by accident, she used the word to raise a ag and discuss what happened.

Sardelli passed the gift along to the cast. CTC conservatory actor Keshav Moodliar said that if anyone felt something needed to be addressed, he or she could say “whoopsie” in rehearsal and have that conversation.

“Every time there’s something even remotely whoopsie-esque, we’re going to sit down and talk about it because (Sardelli) wants to have us always move forward,” Moodliar said.

The reason whoopsie works is because it is non-confrontational, yet “does not let you off the hook,” Sardelli said. “It simply points out that something must be addressed.”

With just a word, anyone could pause rehearsal to talk about how they felt about a certain scene or off- the-cuff comment. Given the play’s critical focus on race in America, Sardelli said whoopsie was used often and helped the group process the challenging subject matter in An Octoroon.

CTC conservatory actor Hannah Rose Caton plays the titular octoroon — a mixed- race person who is one- eighth black — and said she appreciated the care Sardelli took to create a safe space in the rehearsal room.

“(Sardelli) has just been so amazing with creating through dialogue, … and just checking in with us as the play goes on because it can deal with some subjects that some people hide from,” Caton said. Whenever a new element was added to rehearsal, be that makeup or a prop, the cast and crew took time to debrief.

“We really took a conscious approach to how we would address these issues,” Sardelli said.

Sardelli said she was also intimidated by CTC’s truncated two-week rehearsal window, which felt “a little like being shot out of a cannon.”

However, she said she agreed to the task due to her confidence in CTC Artistic Director Andrew Borba, a former classmate of Sardelli’s at New York University.

“When you are a guest artist, you are charged with two tasks,” Sardelli said. “One is doing a professional show and the other is also being a role model and a leader and a teacher to those students in the conservatory. That’s a tall order when you have a limited amount of time, but it’s wonderful to be in the pot together.”

While a majority of the cast is made up of CTC conservatory actors, Sardelli recruited Nija Okoro, Larry Powell and Brett Rickaby, three of her favorite actors, to join the project as both performers and mentors.

“I keep a list of actors who I think are fantastic on all levels, and so when the opportunity came to hire for this, I jumped on it,” Sardelli said.

Sardelli previously worked with Powell on a production of Katori Hall’s The Mountaintop, a play that depicts Martin Luther King Jr. on the night before his assassination. Like Borba, Rickaby was a classmate at NYU, while Sardelli said she met Okoro at a party and instantly fell in love with her energy.

Sardelli said the rehearsal process benefited from having a talented cast that was diverse in skin color and national origin.

“That’s a fascinating perspective to have people of color come to our country and suddenly become black in America. It’s a very specific journey for some of our actors,” she said. “To hear our relationship to race given back to us from that perspective was eye-opening.”

Sardelli said she hopes Chautauquans who see An Octoroon will walk away better equipped to discuss race in America. She said she wants audience members to educate themselves and others with grace, which is why she shared whoopsie with the cast and crew.

“We needed to have forgiveness. Luckily, when you’re working on a play, everyone has already agreed to step into the room and tell the story,” Sardelli said. “I wish we could give a gift to everyone trying to engage in this conversation.” 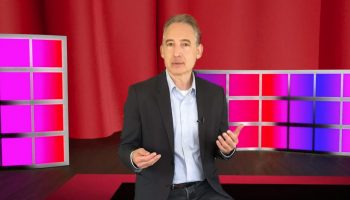 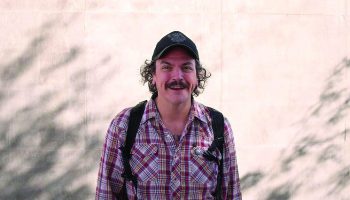