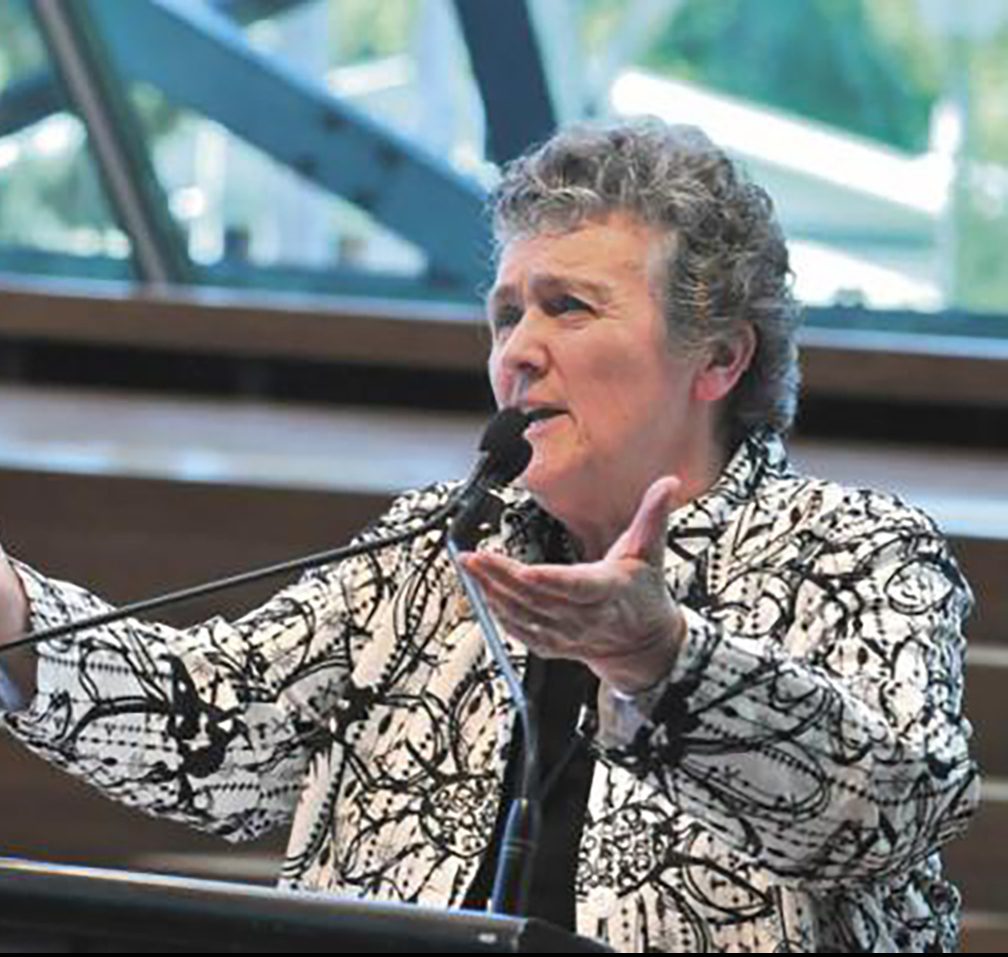 Joan Chittister, OSB, a Benedictine Sister of Erie, Pennsylvania, has spent the past 40 years advocating for worldwide peace and women’s rights. As co-chair of the Global Peace Initiative of Women and former president of the Leadership Conference of Women Religious, Chittister has demonstrated a commitment to lead in the fight against inequality.

But despite her distinguished roles, Chittister believes in caring for each individual by recognizing their distinct struggles.

“To be human is to listen to the rest of the world with a tender heart, and learn to live life with our arms open and our souls seared with a sense of responsibility for everything that is,” Chittister said in a contributing article for the book, What Does it Mean to be Human?

At 2 p.m. Monday, July 30, in the Hall of Philosophy, Chittister will deliver her lecture, “The Spirituality of Relationship: A New Paradigm for Work,” as part of the Week Six interfaith theme, “A Spirituality of Work.” This week’s theme focuses on uncovering the spiritual meaning of daily work in a culture that often defines individuals by occupation.

Chittister, who has appeared on shows like “60 Minutes” and “Meet the Press” and has authored over 50 books, said she sees a social pattern emerging that disregards human compassion and connection.

“We train our young to get ahead, our middle-aged to consume and our elderly to be silent. … We have abandoned the concerns of the civilizations before us,” she wrote in her article. “We have forsaken the good, the true and the beautiful for the effective, the powerful and the opulent. We have abandoned enoughness for the sake of consumption.”

As founder of Benetvision, an online resource center for contemporary spirituality, Chittister has sought to encourage religious access for all genders, races and economic classes. Growing up in the United States, she said she was taught to appreciate and welcome diversity.

“The United States, I was told as I grew, was a land with an open heart, a land of mixed cultures but one soul,” she said in an article for the National Catholic Reporter. “A land made strong and creative by immigrants, it had become a melting pot of ideas. Thanks to all the citizens of the world who came here to escape poverty and oppression, war and destruction, a cross section of the world worked together here to turn its land and build its buildings and staff its business and shape its future.”

“We ‘defend’ ourselves by threatening the globe and our own level of civilized humanness with it,” she said in her article for What Does it Mean to Be Human? “We have chosen technological progress and financial profits over the needs of human beings.”

Chittister, who most recently visited Chautauqua in 2016 for a discussion about women in leadership, said that to regain the nation’s humanity, individuals must learn value one another and recognize their own self-worth.

“I believe in the pursuit of the spiritual, in the presence to pain, and the sacredness of life,” she wrote in What Does it Mean to be Human? “Without these, life is useless and humanity a face.”