Ellis Paul to share stories of America in the Amphitheater

Ellis Paul is a lot of things: a folk singer, songwriter, illustrator and author. With guitar in hand, he tells jokes and stories to audiences across America.

“It’s a bit of a vaudeville thing, outside of the dancers,” Paul said. 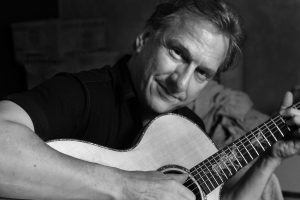 Chautauquans can listen in during “An Afternoon With Ellis Paul” at 2:30 p.m. Sunday, July 8, in the Amphitheater. Even with 19 albums under his belt, Paul said he still has stories to tell.

“I’m trying to write songs about where I’m at personally and the world is universally,” he said.

Many of Paul’s songs tell the story of Americans, from Johnny Cash and Dennis Brennan to the soldiers in Afghanistan. Even the Boston Red Sox get a tribute in “UK Girl (Boston Calling),” a song on Paul’s 2014 album, Chasing Beauty.

Long before Paul started traveling the country to perform, he was raised on a potato farm in Maine. Paul didn’t pick up the guitar until college. He was granted a track scholarship from Boston College but had to quit the sport after an injury, which prompted him to find another way to keep busy.

“I had a lot of time on my hands and a lot of creative energy,” Paul said.

Because he was self- taught, Paul said his library of chords was limited at first, and he struggled to come up with great lyrics. However, his lack of formal training allowed him to carve out his own sound instead of mimicking the sound of others.

“The good part of that is you develop a uniquely ‘you’ style,” Paul said. “You’re not really stealing from The Beatles or Bob Dylan.”

After graduation, Paul made a name for himself on Boston’s open mic circuit before quitting his job as a teacher and social worker to established Black Wolf Records. He released Am I Home and Urban Folksongs in 1989, two albums that earned him recognition outside the city. Paul has since gone on to win 15 Boston Music Awards for his songwriting and contemporary folk albums.

Nowadays, Paul does not shy away from covers. In 2003, Paul teamed up with Vance Gilbert to record Side of the Road, a 9/11 tribute album that featured each artist singing one original song and four covers of artists like Van Morrison, Mark Erelli, Susan Werner and Neil Young.

Having been mentored on the road by Bill Morrissey, Paul said he now intends to pay it forward by coaching other singers and songwriters.

“Once I became established, I wanted to help people coming up because there’s no real school for doing this,” Paul said.

Over the first weekend of September, Paul will host the New England Songwriters Retreat in Chester, Connecticut, where around 70 songwriters will take classes on performing and how to use social media to build their brand.

Paul said his right-brain talents extend beyond music. As an illustrator and cartoonist, Paul creates his own album art, as well as posters and shirts for the Woody Guthrie Folk Festival.

Paul is also known for his children’s album The Hero in You that highlights historical figures like Ben Franklin and Rosa Parks. Paul will tell these stories and more at 5 and 7 p.m. Tuesday, July 10 in Smith Wilkes Hall as part of the Family Entertainment Series. 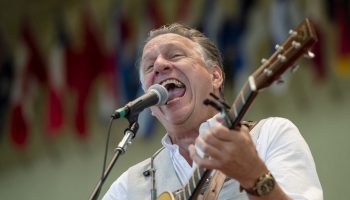 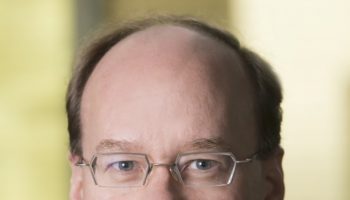