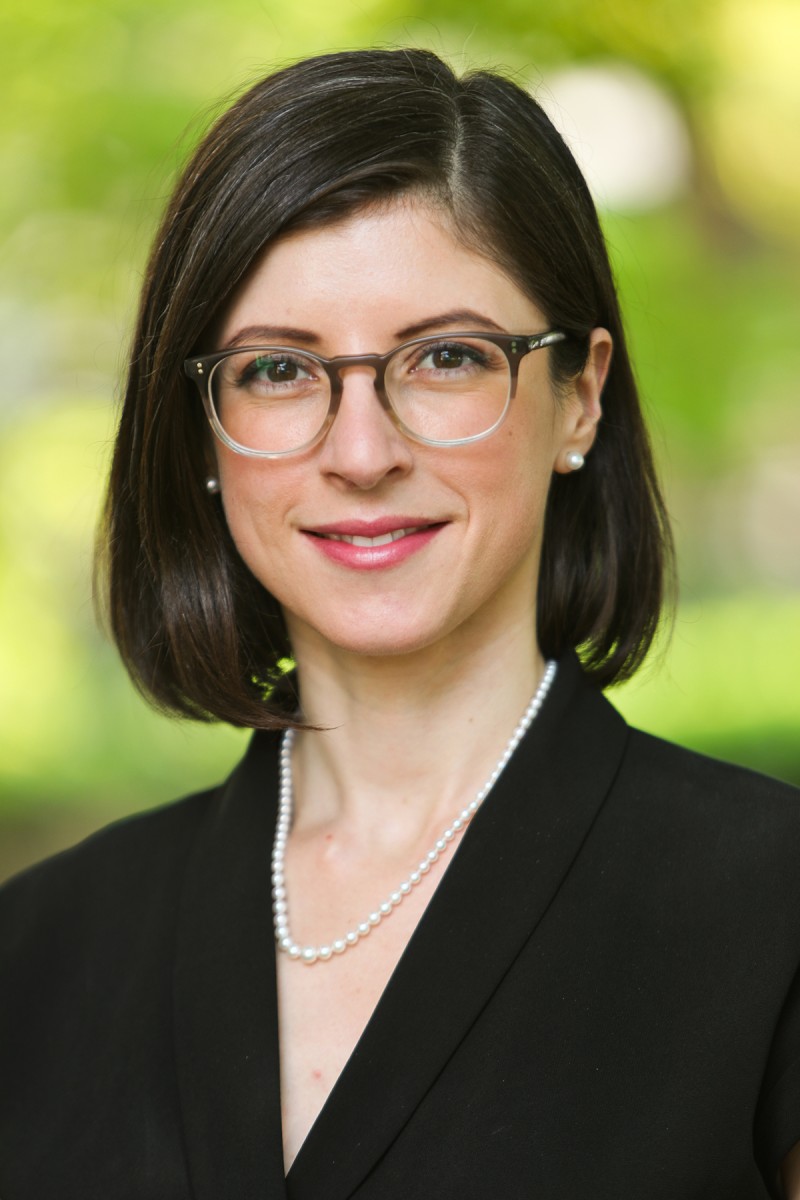 In reference to the historically frosty relationship between the United States and Russia that continues to this day, Russian President Vladimir Putin declared on Monday during the Helsinki summit that the Cold War was over. Foreign policy analyst Alina Polyakova said she agrees with him — to an extent.

For this reason, Polyakova said that terms like “Cold War 2.0” do not accurately reflect the current state of international tension.

“We’re in a much more problematic position with Russia than we were during the Cold War,” she said. “I don’t like the label because I think it actually underestimates the way we are in a different situation today.”

Polyakova’s writing has appeared in The New York Times, The Washington Post and The Wall Street Journal, among other media outlets. Her 2015 book, The Dark Side of European Integration: Social Foundations and Cultural Determinants of the Rise of Radical Right Movements in Contemporary Europe, describes the nationalist backlash to Europe’s economic integration. Additionally, she is an adjunct professor of European studies at Johns Hopkins University.

Two months before Ukraine achieved independence in 1991, a young Polyakova left the country with her family as refugees for Atlanta, Georgia. After graduating from Emory University, she returned to the continent in 2004 to study in Germany on a Fulbright scholarship.

“I started to notice that there was something happening in Europe,” she said. “At the time, Europe was sort of a safe space, but even in the mid-2000s, I started noticing certain trends.”

As part of her graduate work at the University of California, Berkeley, Polyakova spent two years in Ukraine studying the rise of far-right political parties and interviewing their leaders. In 2012, she said she noticed a growing bond between these parties and Russia.

“I realized that if I wanted to be part of this conversation, I needed to leave the ivory tower and work on policy,” she said.

On top of Europe’s radicalized political parties, Polyakova said she was motivated to change course by the way countries like Germany and the United Kingdom were taken in by Russia’s disinformation efforts.

“I was shocked at the amount of Russian propaganda that was being launched not just at Ukraine, but at the international community,” she said, “and to what extent the Western media was uncritical of these narratives.”

In light of the Helsinki summit, Polyakova said there is no better time for Chautauquans to talk about how the United States and Russia interact.

Going into the meeting, Polyakova said that the United States and President Donald Trump held all the cards. Nevertheless, she said Trump’s lack of a clear agenda and Putin’s diplomatic experience gave Russia a victory.

“This is not his first time at the rodeo,” Polyakova said. “At the end of the day, we don’t know what happened in the one-on-one meeting between the two leaders, but certainly from the press conference I thought it was obvious that Putin ran the show.”

During the leaders’ joint press conference, Polyakova noted, Trump blamed the United States for the decline in relations, never mentioned Russian “infractions” in Syria, Crimea and Ukraine, and sided against U.S. intelligence agencies on Russia’s alleged interference in the 2016 election.

“To my mind, this is an embarrassing moment for the United States to look so weak when that weakness is unwarranted,” she said.

While Democrats and Republicans alike have condemned Trump’s actions at the summit, Russian Minister of Foreign Affairs Sergey Lavrov described the meeting as “fabulous … better than super,” according to Russian media.

“You never hear Lavrov use that kind of language,” Polyakova said.

Polyakova said that Putin’s success at the summit gave a huge boost to his approval ratings, which last week were at their lowest point since before Russia’s annexation of Crimea.

“Clearly, for the domestic audience, Putin got exactly what he wanted,” she said. “He was seen as (being) on equal footing with the United States and not only that, as actually leading the United States at some points in explaining U.S. policy toward Russia to the audience, to the journalists in the room. I think Putin used this moment to shine, and that’s exactly how he’s being portrayed in the Russian media.”

Polyakova said that while her lecture will address the summit, her remarks will touch on how the past four United States presidents worked with the Kremlin.

After being floated around as an idea for years at Chautauqua, this week’s theme was chosen more than a year ago for the 2018 season, long before the Helsinki summit was announced. Nevertheless, Polyakova said she appreciates the theme’s synergy with the current national conversation.

“I’m very glad that my trip to Chautauqua has fallen how it has,” Polyakova said. “It will be nice to escape a little bit from the madness of Washington.”