On June 8, a statue named “Catapulta” was installed in the front lawn of Fowler-Kellogg Art Center.

“A lot of my work deals with getting stone up in the air,” said artist and Rochester native John Van Alstine. “One of the tools that has always inspired me is the catapult. … (The statue) has that idea of the stone launching up in the air, accentuated by that big red arch.”

“We both had been thinking about doing something special for Chautauqua,” Sonkin said. “The timing was such that Don Kimes, who is the current artistic director, was retiring (and) it just all fit. It fit with our passion.”

Kimes has been the artistic director of Visual Arts at Chautauqua Institution since 1986. Throughout his tenure, “he expanded the presence of Chautauqua’s visual arts program by bringing visiting faculty of substantial renown, expanding the visual arts lecture program, and enhancing the exhibitions programs,” according to the VACI website. This successor, who will hold this new endowed position, will be named this fall.

VACI holds 11 exhibitions every season, sampling work from artists like Charles Burchfield and Reginald Marsh. It is considered “one of the most respected summer visual arts programs in America” and is cherished by Chautauquans, according to the VACI website.

In the 10 years that Sonkin and Siegel have been coming to the Institution, they have extensively explored the art galleries and programs together.

“Herb and I have had an incredible love affair,” Sonkin said. “Together, we have a love affair with Chautauqua, and it so enriched our lives. A lot of the things that we do here we do a little bit (of) in our everyday lives.”

Individually, Sonkin and Siegel have appreciated art outside of the Institution for decades. Sonkin first enjoyed drawing in her hometown of Detroit, and has been exploring art galleries and museums since her 20s. She came from an art-savvy family, while Siegel discovered his interest in art on his own in Buffalo, New York, as a young professional. He used to frequent Albright-Knox Art Gallery in his spare time.

“I get a real feeling of home when I have pieces that I’m close to,” Siegel said.

He said he always appreciated the memories associated with acquiring each piece of art.

The couple shares their love for artwork at the Institution, and it is this shared experience that motivated them to endow the VACI chair. Before their relationship began 10 years ago, neither of the two had spent much time at the Institution. Siegel bought his condo in the 1980s for business trips to Jamestown, but never indulged in the programming.

“It was our relationship that brought me to love Chautauqua as I do now,” Siegel said. “(Sonkin) really sparked my interest in the Institution.”

In the beginning of their relationship, Siegel decided to take Sonkin to the Institution, and they have come every season since. They said they value many aspects of the Institution, from the art programs to the Chautauqua Cinema.

With Kimes stepping down as the head of VACI, the couple hopes their donation will help the visual arts progress even further under a new artistic director.

“The educational part; we feel this gift will have an impact on aggrandizing that,” Sonkin said.

She thinks there is value and importance in continuing to learn about the visual arts, and hopes this gift will aid in enhancing the lives of those who participate in the art programs. 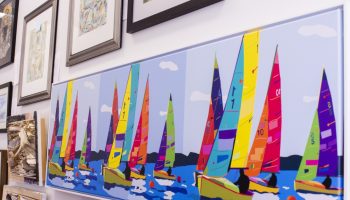 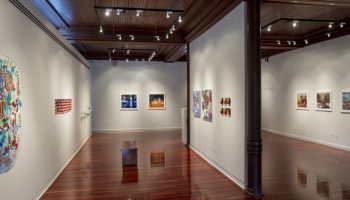 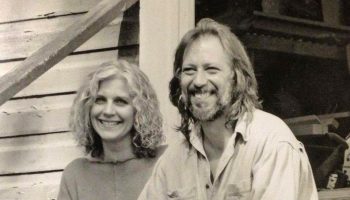 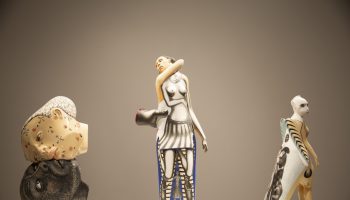