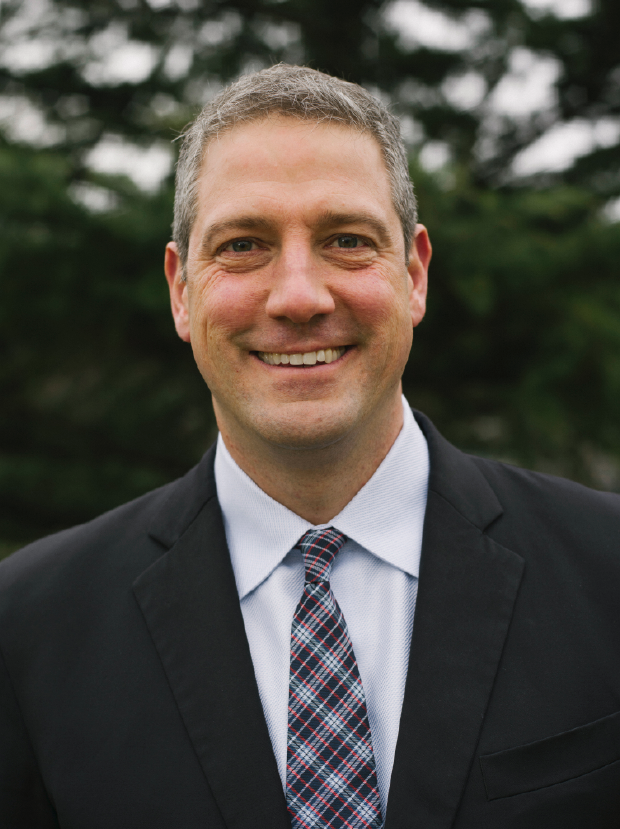 Tim Ryan, U.S. representative of Ohio’s 13th Congressional District, will deliver a special lecture at 3:30 p.m. Monday, July 30, in the Hall of Philosophy as part of Chautauqua Institution’s Week Six programming, “The Changing Nature of Work.”

Ryan was first elected to the U.S. House of Representatives in 2002 as the youngest Democrat in Congress at 29 years old. He is currently serving his eighth term and is a member of the House Appropriations Committee, co-chairman of the Military Mental Health Caucus and Addiction Treatment and Recovery Caucus. He supports a number of initiatives and organizations to invest in the next generation of American manufacturing jobs.

“I think Congressman Ryan is uniquely positioned to speak on the politics of work,” said Matt Ewalt, Institution chief of staff, “and the way in which politics previews the way in which work is changing and will change in a number of ways.”

In a report titled “Putting America Back to Work,” Ryan wrote that America’s “economy is continually changing. As industries and workers adapt to globalization, automation, technological advancements, and growing wage inequality — the United States must speed up to keep up.”

Ryan wrote that rise of automation, robots, and artificial intelligence could benefit the economy and “create new opportunities for our society that few can imagine,” but “we cannot ignore the reality that these advancements combined with globalization have already contributed to job loss and economic instability for many American workers, especially those who are low-paid, under-skilled, or less-educated.” His report included recommendations for research, job development, policy changes and strategic investments.

Ewalt said the politics of work have consequences on everyone in the country, from small to large households.

“For us, (Ryan) was a critical complement to what we’re doing through the morning platform,” Ewalt said. “When you look at his voice within the (Democratic) Party on a number of issues, this has been one that has really risen to the top for him and in terms of the national discourse.”

On his website, Ryan asks questions like “What is the future of the workplace? How will we deal with the rise of automation? How can we ensure that a rapidly changing economy leaves no one behind?” One of his main concerns throughout his years in Congress has been the working-class American in places like his home district, which includes blue-collar manufacturing towns like Akron, Kent and Warren, Ohio.

“The question is how do you plug in communities, like Youngstown, Ohio, who have been left behind and I think gave rise to the Donald Trump presidency,” Ryan said in a June interview with Bloomberg. “Because while globalization and automozation were happening, these communities (like) Flint, Michigan, Gerry, Indiana (and others) along the Great Lakes and down in the south were left behind.”

Ryan began his career as a politician in 1995 when he became a congressional aide to former U.S. Rep. Jim Traficant and then served as an intern for the Trumbull County Prosecutor’s Office. As a congressman, he not only advocates for working-class Americans, but also works to make college more affordable and combat the heroin epidemic.

“Congressman Ryan has been very vocal in challenging fellow Democrats, particularly after the election, in how they engage or don’t engage working-