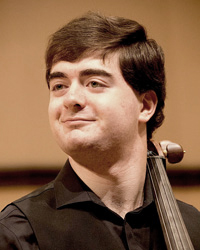 Cello is considered to be a soul instrument, said Arie Lipsky, cello faculty and chamber music chair, because the cello’s sound is the closest to human voice as is possible for an instrument.

The Student Cello Recital, which is a “cellobration” for Lipsky and the cello students, will take place at 7 p.m. Thursday, August 9, in Fletcher Music Hall. All of the 10 cello students in the Music School Festival Orchestra will play a solo piece or one with piano accompaniment.

Daniel Kaler, a cello student who won the 2017 Sigma Alpha Iota competition, will be performing one movement from the Cello Concerto No. 1 in E-flat major, op. 107, by Dmitri Shostakovich, which is the piece he is going to perform with the MSFO Monday, August 13, in the Amphitheater.

Cello student Jonathan Lien said tonight’s recital is going to be fun, with works that make up a “very diverse program.”

According to Lipsky, Bach “blessed” cellists with six solo suites.

“For us, (the six Bach cello suites are like) the Bible because nobody comes close to Bach. (They are) probably the most important repertoire for cellists,” he said. “And each one of them has a completely different technical and musical challenges.”

The suite that Camras is going to play was written for a cello with more than four strings. Camras has to play the piece intended for five strings with only four strings on her cello.

“I don’t know any cellist that would ever feel comfortable with this movement. It’s just probably one of the most difficult. Because of the jumping around, intonation is always an issue,” Lipsky said. “By finding something comfortable for your hand — we all have different-sized hands — and because of the jumping, (you need to come up with) all kinds of creative ways to compensate for that.”

Camras said she thinks the prelude for the sixth suite is a piece that cellists never feel ready to play, so she just figured it was time to do it.

“I love the sixth suite. D major is a very sunny key. (It is) joyous and very resonant for the cello,” Camras said. “But of course, we are compensating for the fifth string that we don’t have, so that’s challenging. But I’m excited to be able to play this.”

Lien will be playing the first movement of the Cello Concerto in B minor, Op. 104, B. 191 by Antonín Dvořák.

Until Dvořák, it was not common for composers to write for cello, Lipsky said, because the cello “was kind of an accompanying instrument” in the orchestra, “playing the low parts.”

Lipsky said Dvořák wrote this “glorious concerto,” and at the time, people were astonished by this composition, including Johannes Brahms.

(Even Brahms probably thought), ‘I can’t believe it,’ ” Lipsky said. “Cello can sound like that?” 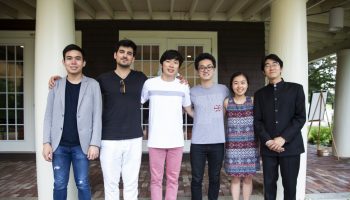