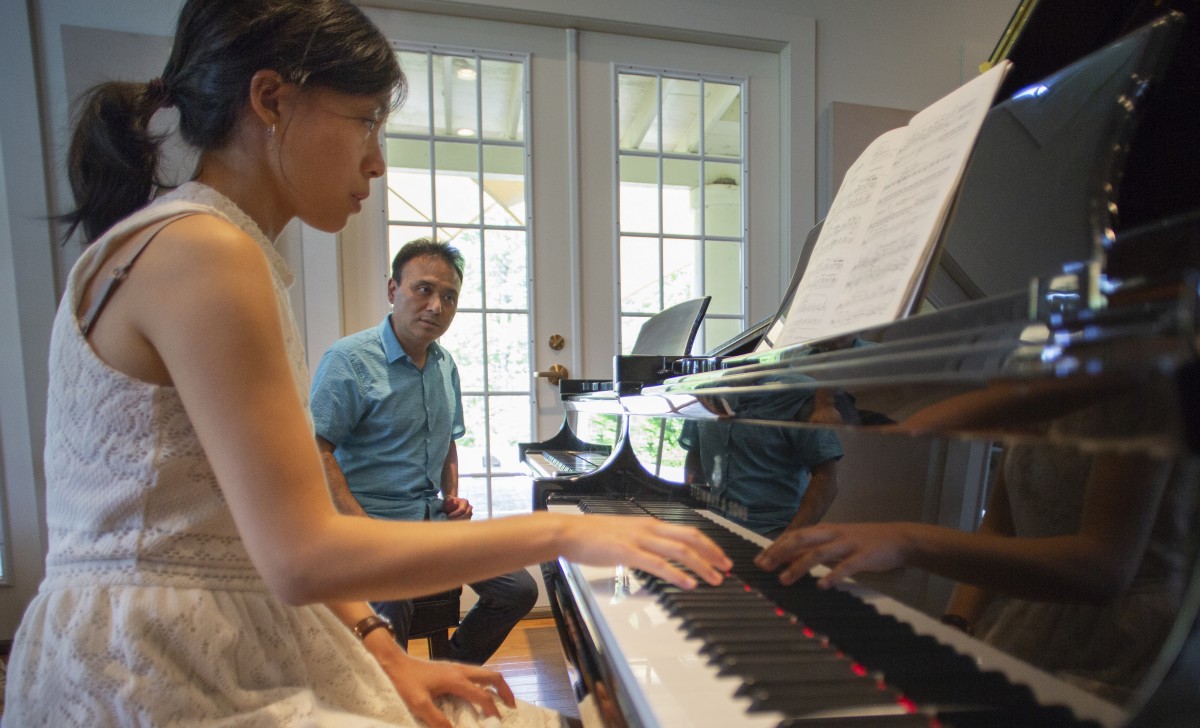 On the grounds, Chautauquans are free to walk into many of the performances given by festival school students.

The students may spend only a few weeks in Chautauqua, but they have the opportunities to be connected to Chautauquans and walk away with lifelong memories and relationships with the people on the grounds.

The Chautauqua Connections program brings together the students and the residents of Chautauqua.

“We match Chautauqua individuals or families with students (often in pairs) for mutually enjoyable activities,” according to the Chautauqua Connections website.

E. Carol Maxwell, registrar for the three houses of the Ecumenical Community of Chautauqua, has been actively involved in the Chautauqua Connections program and has helped out with logistics and administration.

Maxwell said she was scheduled go to the dance studio the afternoon of June 23 to “introduce the students to whoever their connection is.”

Maxwell said a few other Chautauquans, including Susan Helm, “the lady that started this whole thing,” went to the Voice Program, the Music School Festival Orchestra and other programs to do the same.

According to its website, the program began in 2002 to provide nonfinancial support to orchestra, voice, piano, and dance students. In 2013, Chautauquan Daily interns were added to the group, and in 2015 the program expanded to include the four Abrahamic Program for Young Adults coordinators.

Maxwell said over the years, she has had “special connections with a couple of the dancers.” During the summers, Maxwell has let the Music School Festival Orchestra student paired with the ECOC come down from Bellinger Hall to use the denominational house’s kitchen.

Maxwell said the program involves “just letting them do little things just like that.”

“One time, (some students) came down and prepared the meal, and then they took it back (to Bellinger Hall) share it,” Maxwell said.

Maxwell recalled seven summers ago, when she connected with a dance student.

The dance student, Philip Martin Nielson, is now dancing with Les Ballets Trockadero de Monte Carlo. When Nielson was performing with the company in Princeton, New Jersey this April, Maxwell traveled there to see him perform.

After the performance, Maxwell said she had the opportunity to meet with Nielson for a few minutes. Nielson told her he wanted to introduce her to his boss — the artistic director of the dance company.

“I said, OK, and he introduced me as his summer mother,” Maxwell remembered, with a smile on her face.

Maxwell said recalling that moment made her feel good, because it is “something that happened that was pleasant, and happy, and enjoyable.” She also said she thinks Chautauqua Connections is “a worthwhile program to be a part of.”

“We try to be a familiar face, home away from home (for the students), even though we don’t know each other initially,” Maxwell said.

The Ecumenical Community of Chautauqua is neither an individual or a couple; it is more like a collective sponsor. This year, four students were assigned to the ECOC this year, including MSFO student, Xing Gao, a harpist who performed with Yo-Yo Ma on the Amphitheater stage on Aug. 10; APYA coordinator Yousaf Seyal; dance student Laurel Richardson; and voice student Merissa Beddows, who sang “Somewhere Over the Rainbow” during the Special Inter-arts Matinee on July 29.

And many guests who stay in Chautauqua for days or a few weeks also interact with the students in the program. But as the registrar, Maxwell said she’s the one who usually has the most contact with students. 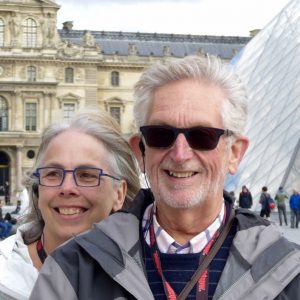 However, according to Maxwell, the exception is the Rev. Paul Kett and his wife, Kathleen Kett, who were paired with Hugo Valverde Villalobos, a French horn player.

Villalobos was a student in the MSFO four summers ago, and is now a member of the New York Metropolitan Opera Orchestra. Kett said when he and his wife met Valverde Villalobos, “we just clicked.” And then, they have been in touch in the past years.

“We are Facebook friends, we message back and forth and keep in touch,” Kett said. “… He has been playing with the Metropolitan Opera Orchestra, which is a wonderful achievement for a young man of his stature. He comes from Costa Rica, and his parents and his friends there are very supportive of him.”

Kett also said it is “really a privilege to know him and to participate in the things he has done.”

When Villalobos played for an orchestra that toured Canada, Kett said he and his wife got to see the French horn player in their own community, “which was a real pleasure.”

It is an amazing program, Kett said, since he gets to “meet these talented people and follow their careers into the future.”

“That’s what we enjoy about it,” Kett said.

Maxwell said it “is really nice and rewarding and meaningful, meeting these young people, and watching them progress.”

“Some of the students — I think in all of the programs — some are here for one summer, some are here for two or three summers,” Maxwell said. “And (we) watch them achieve, you know, improve and achieve and perform.”

Piano student Elizabeth Yao went through the process of “improve and achieve and perform” in Chautauqua this past summer. It was her first year in the Piano Program, and Yao said she “felt really lucky to be paired with” a married couple, both pastors, whom she referred to as “such sweet Connections.”

Yao said it was interesting to hear their stories — the husband is a war veteran — and of their time running the United Methodist House.

“I was so grateful for the experience of getting to know them,” Yao said. “They were so supportive and encouraging, especially during more stressful times like around the (Piano) Competition (in Week Five).”

She felt like even though she knew them for a relatively short time, Yao said, “I grew to appreciate them deeply and hope to see them again in the future.”

“Their warmth and love was a big part of what made Chautauqua so memorable for me.”

Yao’s boyfriend also participated in the Piano Program this year. Yao said her boyfriend’s Connections “were also so incredibly kind.”

“They left their door unlocked for us, invited us for meals and dessert, told us to come and do laundry or even sleep over, hang out, or rest at their place since they had A/C and they knew the dorms didn’t,” Yao said.

Yao also said participating in the Chautauqua Connections program made her “feel more connected to Chautauqua, since we were meeting real people who lived there, rather than just ‘vacationing’ and not meeting any locals and leaving.”

According to Maxwell, how much the students and their Connections interact over the summer depends a lot on the students’ schedule, but “we take every advantage that comes along,” including being supportive by sitting in the audience at performances, and giving hugs afterwards.

After meeting so many students, Maxwell said, she had gained an awareness of “how talented these young people (are), and how they are so talented (and at the same time), so young, and so serious about whatever they are specializing in, whether it’s voice, or the orchestra, dance, or the Daily reporters, whom we’ve had a couple (connected with the ECOC).”

“Now (reporters at the Chautauquan Daily) have gone on to get jobs with newspapers, and magazine, organizations,” Maxwell said. “I think the whole program is just a good program, and it gives us the opportunity to connect with the younger generation, so that’s special. It keeps us on our toes.” 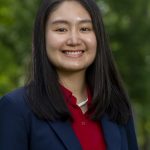 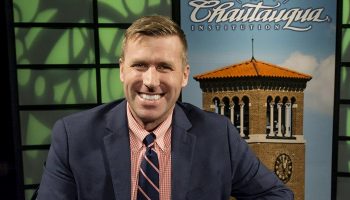 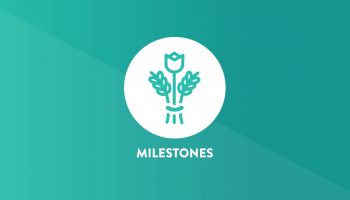