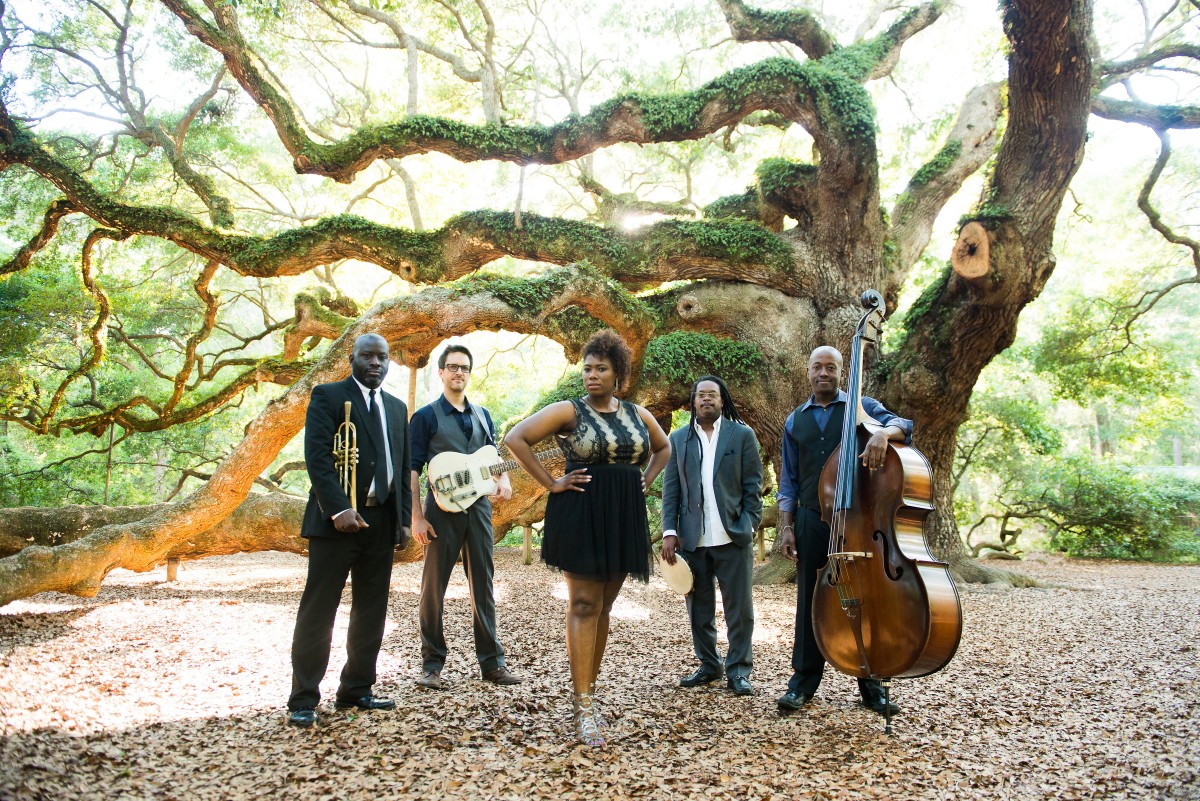 For more than 100 years, enslaved people were brought from Africa to the low country region of South Carolina and Georgia, including areas like the coastal plain and Beaufort Sea islands, to work on rice plantations. These enslaved people would become the earliest ancestors of the Gullah people, whose culture blended many west and central African influences together.

The Gullah people are known for preserving their rich cultural heritage, including music.

One musical group that continues to celebrate the sounds of the Gullah culture is Ranky Tanky, a quintet from Charleston, South Carolina. Comprising a drummer/ percussionist, bassist, vocalist, guitarist/ vocalist and trumpeter/vocalist, the group released its debut album last year and have since appeared at No. 1 on the Billboard, iTunes and Amazon jazz charts.

At 8:15 p.m. Thursday, Aug. 23 in the Amphitheater, Ranky Tanky will share its Gullah-and jazz-influenced sounds with Chautauqua Institution for the first time.

Quiana Parler, a former “American Idol” contestant, is the lead vocalist of Ranky Tanky. The other four members played together in the The Gradual Lean, a College of Charleston jazz quartet, in the 1990s. When Clay Ross, guitarist and vocalist, had the idea to pull the group back together for a Gullah-inspired musical group, he and the other members wanted Parler on board.

Joining Ranky Tanky in 2016 gave Parler the chance to travel overseas for the first time, according to an article published by the Post and Courier. Before joining the group, her lifelong music career led her to perform on “Saturday Night Live,” “The Tonight Show with Jay Leno,” and other programs.

Ross started the band. Originally from Piedmont, North Carolina, he moved to Charleston for college, according to an article published on NPR. He was not too familiar with Gullah and jazz-influenced music until he first saw Charlton Singleton and Quentin Baxter, now also members of Ranky Tanky, performing in a coffee shop in Charleston.

“I wasn’t really familiar with what that was at that time, but it’s something that — it just spoke to me, and it moved me, and it really changed my life,” Ross told NPR. “And I started to pursue jazz, study jazz music and bug (Singleton and Baxter) relentlessly.”

The three and bassist Kevin Hamilton had kept in contact  with one another throughout the last 20 years until Ross had the idea to bring the four, and Parler, together to start Ranky Tanky in 2016.

After its performance at the Institution, Ranky Tanky — which loosely translates to “work it,” or “get funky” — has more than 30 shows planned through 2018 and into 2019 at venues such as Coastal Carolina University, Goldsboro Paramount Theatre and University of Florida Performing Arts.

“But even when the lyrics are sad or stern, Ranky Tanky brings playfulness and warmth to the material,” Eyre wrote, “blending in elements of blues, jazz and R&B.”