For the 2019 summer season, Chautauqua Theater Company is bringing more music to its lineup than ever before.

In both CTC mainstage shows, the traveling performance of A Midsummer Night’s Dream and one of the company’s New Play Workshop shows, Agent 355, music is key in bringing the works to life.

In The Christians, which opens this weekend with performances at 6 p.m. Saturday, and 2:15 and 8 p.m. Sunday in Bratton Theater, music is a key element. Alongside actors dressed in their Sunday best and a set that turns the theater into a lavish megachurch, the Motet Choir will perform in force each night.

Instead of recorded hymns played from theater speakers, choir members will fill the theater with live sound, something CTC Artistic Director Andrew Borba thinks makes all the difference.

“(Live music) can add everything to a show, which is why we’re so excited about it,” Borba said. “It literally moves you. You are experiencing vibrations that you weren’t experiencing before you came into the theater, and that’s something I think we all love.”

Jared Jacobsen, Chautauqua’s organist and coordinator of worship and sacred music, took on the role of music director for this show. Jacobsen said he was glad to have a chance to merge the live choir with live theater.

“I just thought that this was such a good opportunity, I got the choir into this without even asking a lot of them,” Jacobsen said. “Of course, I allowed people to bow out, but I think when all the smoke clears, everyone will realize that this is so similar to what we do in church.”

Although they will be on a different stage performing for a different gathering of people, the choir will be doing what they do best — singing, swaying and making audience members tap their feet. According to Jacobsen, it’s that similarity between how the choir performs in the show and how they perform for worship and Vespers that makes the collaboration work so well.

“It’s not like I asked (the choir members) to do Don Quixote,” Jacobsen said. “We basically took what we do in a service and moved it to a different building. (CTC) is doing what they do best, which is bringing a world to life, and they’ve invited us into that, and that’s been priceless.”

The show addresses themes of community and how changes in belief can drive people apart. Borba said the inclusion of the choir in The Christians does the exact opposite for Chautauqua.

“Something inherent in the Chautauqua Choir being onstage is not just in the amount of people onstage, it’s a bringing together of different aspects of this Chautauqua community,” Borba said. “A literal bringing together; we get to do this all together.”

CTC Managing Director Sarah Clare Corporandy said that by embracing the use of live music, the company is exploring frontiers it hasn’t been able to in years past.

“We know Chautauquans love music in a variety of ways,” Corporandy said. “They’re exposed to it from a variety of different platforms: the symphony, the opera and through us a tiny bit, but we haven’t always focused on that. But music is a huge part of theater, and when we decided to step into that, it sort of opened up doors for other shows, and we thought ‘let’s just dive into that.’ ”

And while the use of livemusic has been exciting for CTC, according to Borba, it hasn’t been entirely smooth sailing.

“(At Bratton), we’re not really quite built for it,” Borba said. “It’s stretching us technically quite a bit, so there are some extra issues we haven’t had to think about before, but there’s also excitement in that newness.”

All technical challenges aside, Borba, Corporandy and Jacobsen agreed that the collaborative experience between CTC and the Motet Choir will be a valuable experience.

“We’re bringing two worlds together, and that’s a classic Chautauqua move,” Jacobsen said. “By doing it, and learning from it, both of those worlds will come out stronger for it.” 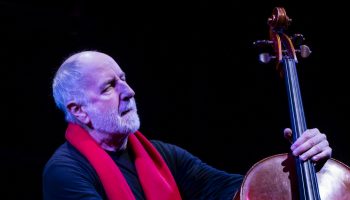