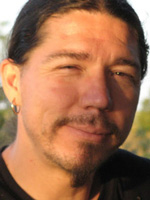 The Seneca-Iroquois National Museum is situated less than an hour away from Chautauqua Institution in Salamanca, New York. Despite the proximity, Joe Stahlman will be the first museum representative to speak on the grounds.

Stahlman, the museum’s director, will be speaking at 7 p.m. tonight, July 23 in the Hultquist Center, as part of the Visual Arts Lecture Series.

Sharon Louden, the Sydelle Sonkin and Herb Siegel artistic director of the visual arts, reached out to the Seneca-Iroquois National Museum before the beginning of the season.

“(She) talked about how Chautauqua has never had that native connection, and right down the road there’s a community that has been there for hundreds of years,” Stahlman said. “It just seems like an obvious relationship that should be there. It should have always been there in my eyes, and I think Sharon shares that same thought with me.”

Stahlman is a researcher and scholar who recently earned his doctorate in sociocultural anthropology from Indiana University. He has been working with indigenous communities for the past 20 years.

“I’ve been able to incorporate my anthropological background and my own indigenous background in my work,” he said.

In his talk, Stahlman — who is of Tuscarora descent — will discuss decolonization, and how he works to empower and instill agency within Native American communities.

“I’m really privileged to have been able to earn a Ph.D.,” he said. “I try to use that Ph.D. to open doors for other people who like to express themselves, and that can be in pop art, that can be doing traditional arts and crafts, that can be writing, whatever.”

He started as director of the Seneca-Iroquois National Museum at the beginning of the month, after former director David George-Shongo Jr. resigned Stahlman said his main goal as museum director is to make the museum as accessible as possible.

“We are also the port of entry for the non-native world to the native world,” he said. “We tend to see ourselves as ambassadors, but we also preserve the culture of the past, present and future.”

Earlier this month, the Visual Arts at Chautauqua Gallery Staff and the School of Art took their first group trip to the Seneca-Iroquois National Museum. They toured the museum’s exhibits and viewed its extensive art collection, which is a combination of historic artifacts, arts and crafts, and pieces of fine art. Stahlman said the museum receives many donations from Seneca members.

“Our collection is ever-growing,” he said.

Stahlman is excited about the possibility of further collaboration between Chautauqua and the museum.

“It just seems natural that we should have a relationship,” he said. 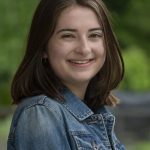