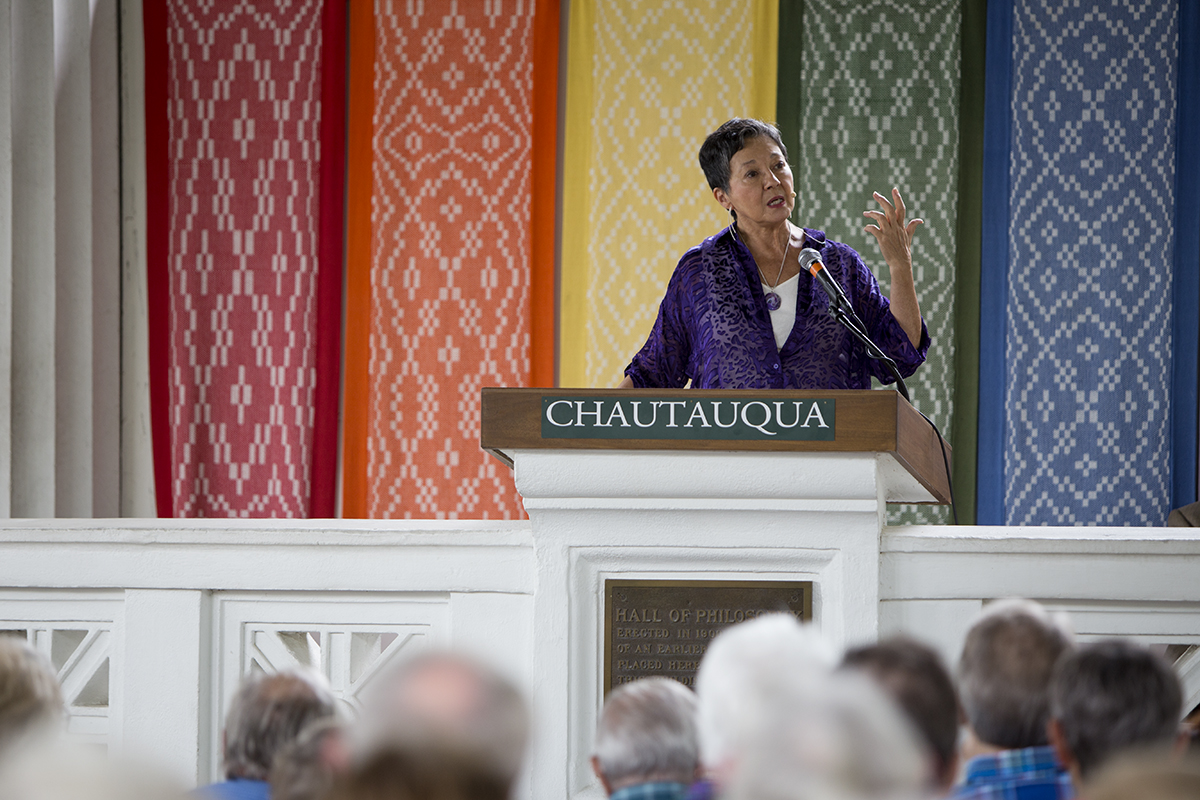 They called them “shell-shocked,” the men who came back from World War I amnesiac, bipolar or worse. After World War II, officials called it “battle fatigue” or “operational exhaustion” after the Korean War. They settled on post-traumatic stress disorder after the Vietnam War.

The names were an attempt to understand why a young mother living amid the London bombings decapitated her own daughter, why soldiers committed suicide in the trenches or after their return home and why war seemed less a battle for a just cause than a factory that took in idealistic teenagers and spit out broken men.

But what if psychiatrists have been looking in the wrong place? Under each title, what’s now known as PTSD concerned what happened when a person is subjected to such continual fear or trauma, but the Rev. Rita Nakashima Brock of Brite Divinity School’s Soul Repair Center believes there’s also another condition contributing to veterans’ suffering: moral injury.

Moral injury, as Brock explained in the Hall of Philosophy Monday afternoon, occurs when a soldier’s personal moral framework is violently shaken by the general battlefield conditions or when war forces someone to commit or witness acts against their personal code. It’s a condition that’s gained medical currency in just the last seven years, primarily out of research SUNY Binghamton’s Brett Litz conducted on Iraq and Afghanistan veterans. Brock’s Soul Repair Center was founded in 2012, three years after Litz first published on moral injury, to help address the oft-ignored dimension of combat wounds.

“I regard moral injury not as a personal disorder in veterans, but as the normal response for a moral person who experiences extremity and violence that cannot be integrated or understood, that shatters moral foundations and that requires long processing and reflection to understand and integrate so hope for the future can be restored,” Brock said. “This is not something anyone can do alone.”

Although some symptoms of moral injury overlap with those of PTSD, Litz argues that shame, guilt and self-harm are unique to moral injury.

Michael Yandell, Brock said, was 17 when he enlisted after the 9/11 attacks. He loved comic books and believed in a world similar to the ones they described. As he wrote years later on the website Iraq Veterans Against the War: “I had adopted a way of conceptualizing the world through a false binary, in which the U.S. military was always the protector of the ‘good’ while perceived threats were easily and broadly painted as ‘evil.’ ”

To go from that idealistic world view into a world in which you are taught to kill is akin to an extreme culture shock, Brock said. The shock is particularly acute for new recruits as the brain is still developing through at least age 25. Even if soldiers are trained to kill in that new culture, Brock said, the killing still affects them.

Yandell was one of the first American soldiers exposed to Iraq’s chemical weapons when his comrade picked up an old artillery shell and drove it back to base with him. Iraq hadn’t built the weapon; the U.S. helped supply it and the other chemical artillery in the 1980s amid the Iraq-Iran war. They attempted to cover the weapons up after Yandell and other soldiers discovered them, a fact that belied notions of the United States as the clear moral actor. Yandell later suffered severe headaches and difficulty reading. He would drop things and fall when standing on two feet.

Those injuries were obvious. Less easy to understand was the moral injury. Yandell would later testify at the Soul Repair Center that he didn’t sleep for years afterward because he couldn’t come to terms with either his experience at war or his re-entry to a consumer society. He had lost his right-and-wrong sense of the world and felt personally responsible for the war’s consequences. He sometimes broke into tears of rage on drives to the supermarket.

“For me, [moral injury] means disillusionment, the erosion of my perception of my place in the world, removal of my spiritual and emotional foundation. … It is a feeling of intense of betrayal,” Yandell said. “It is a painful transition from a world and way of being in the world that makes moral sense, to a world that does not.”

Yandell found solace through graduate school at Brite and is now studying for a doctorate in theology. Brock called him one of the top five graduate students she’s ever mentored.

To treat moral injury, Litz recommends therapies such as adaptive disclosure, in which veterans reimagine their worst combat experiences to uncover beliefs and meanings.

Brock, however, focused on the civilian responsibility to prevent the wars that cause moral injury. She said the best thing to do was to change the good-and-bad dualistic worldview that leads to most war. The army does not choose its wars, Brock said; civilian governments do. Therefore, everyday citizens have an obligation to prevent unjust ones. American wars have always been sold as holy wars, she said, with the most recent manifestation being a war with supposedly evil Islam. When the population at large gets rid of those dichotomies and begins to take responsibility for its fights, wars such as the Iraq War will end. But in a consumer-driven society that values the self above institutions and liberty above responsibility, overcoming those biases won’t be easy, Brock said.

“You don’t build or lose moral identity in a day and you don’t rebuild it in a day,” Brock said.