David Gluck is back to lead his third and final week of the Mystic Heart Meditation Program of the season, and this time, he wants people to leave their personas at the door.

Gluck began his study and practice of yoga and dharma in 2001. In 2003, he became a certified Jivamukti Yoga teacher, studying with Sharon Gannon, co-founder of the Jivamukti Yoga method.

Gannon had a role in Gluck’s preferred method in teaching Hindu meditation: mantra.

Gannon introduced him to the Raja yoga tradition and gave Gluck his first pair of mala beads, strands of 109 beads Japa yoga practitioners use to repeat a mantra 108 times. The physical practice of touching the beads while repeating a certain phrase helps Gluck keep his place, and the 109th bead serves a symbol of symbolic of gratitude for community and teachers.

In addition to Japa, Gluck will cover four other aspects of Hindu meditation in sessions. Bija is the practice of experiencing the sensations associated with each chakra and using them to become aware of the subtle energetics and healing capacity of the body. Pranayama, or deep breath and energy practice, is linked to meditation. Nada Yoga is the use of sound to delve deeply into the energetics of the body. Lastly, Sushumna nadi focuses on breathing and quiet meditation with visualization of the body’s central energy channel.

Because of Chautauquans’ differing levels of meditation experience, Gluck said he always includes an introduction at the beginning of his session and time for questions at the end.

“It is interesting when you come to a place like Chautauqua because you meet meditators who have been meditating for 45 years, and you also meet people who have never sat before,” Gluck said.

For those newer to the practice of meditation, Gluck said he often hears of a misconception that it is supposed to be something “fancy.”

“I have been a part of those worlds, I have watched those meditators, and by and large, I think the fancy stuff never sticks,” he said.

Instead, Gluck said meditation is something one must work at to produce great results.

“Meditation is like everything else in life that is worth doing; you have to put in the boring, harder work,” Gluck said. “It might not be the most fun thing in the world, but eventually it becomes really rewarding. I think everything good in life seems to follow that same routine. It doesn’t seem there are any real shortcuts.”

According to Gluck, the first, and most challenging, aspect of starting any meditation practice is getting used to clearing one’s mind.

“Probably the first thing you are going to experience is simply taking note of how distracted your mind is,” he said. “I have met people who will say, ‘I can’t focus, my mind is all over the place.’ Don’t get discouraged by that, but rather find a sense of comfort in knowing that because that is actually a very profound thing. It is a slow and steady process.”

Clearing the mind is most important because it reveals the underlying issues that meditation can begin to resolve, Gluck said.

“When all of the nice personas that you put on, all of the politeness is put away, where are you actually?” he said. “Do you get angry easily, do you get impatient easily? We are trying to take that thing and slowly move that up so you move from your response being anger, jealousy or whatever your particular thing is, to your reaction being spacious, peaceful, empathetic, compassionate.”

Ultimately, Gluck’s main goal is to help guide one through a transformation.

“It is about going on this journey of transformation from having this chattering, frustrating mind to one that is calm, passionate, joyful and able to be present,” he said. “It is not about those peak experiences. The point is trying to move into this deeper state of who you are and a relationship with understanding who you are.” 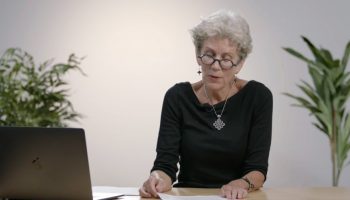