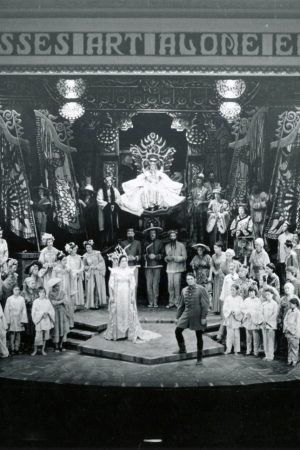 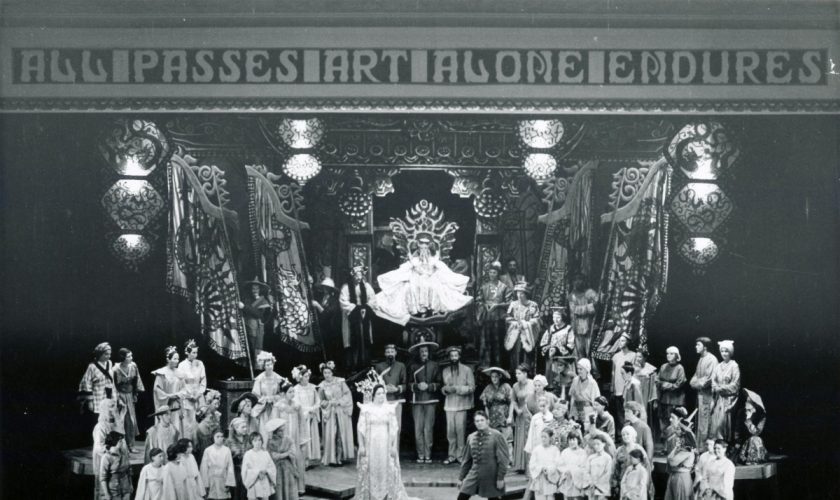 Cynthia Norton’s family left its legacy encased in a concrete structure, where fine art and beauty have blossomed for the past 90 years. It’s exactly what her family intended for Norton Hall.

As a child, Cynthia Norton saw her family’s auditorium as a place of elegance. She said the building itself is art.

This season, Chautauqua Opera Company structured its programming to honor both the company’s and Norton Hall’s 90th year. The 90 years of music performed on Norton’s stage came alive in Chautauqua Opera’s first Opera Invasion of the season in June. The company also held its first opera festival, where they staged Beaumarchais’ Figaro Trilogy in chronological order across three consecutive days.

“The goal was, ultimately, to have this festival weekend where the three operas could be seen in sequence,” said Steven Osgood, general and artistic director of Chautauqua Opera. “I knew I wanted to do something to celebrate this 90th season — it was important to do something unique and special.”

The first two productions of that trilogy came to life in Norton Hall, and Osgood said the first Opera Invasion was another way to make the company’s 90th year special, completely reviving the operatic repertoire that has passed through Norton Hall.

As the encompassing inscription “All Passes Art Alone Endures” written on the proscenium arch may indicate, the hall has not always been exclusively used for opera.

Cynthia Norton’s great-grandfather, Oliver Willcox Norton, born in 1839, was a successful businessman with a passion for music. He served in the Civil War, helped compose the bugle call “Taps,” established the American Can Company and made many philanthropic contributions to Chicago’s music scene.

“Their daughter was partly paralyzed, and (it was) recommended that they bring her here for the summer,” Cynthia Norton said. “So that’s how they originally got connected here.”

“When my great-grandmother’s husband and daughter died, she wanted to give the Institution a gift to commemorate their memory,” Cynthia Norton said.

Bestor wanted an enclosed auditorium that would hold 1,500 people. Lucy Norton’s son, Ralph Norton — Cynthia Norton’s great-uncle — was a lover of art and spearheaded the project.

“He was already very involved in Chautauqua,” Cynthia Norton said. “He was an art collector and had a great interest in all things artistic architecture, so it was a natural thing for him to be the executor of the project.”

Cynthia Norton said Bart Richards, Ralph Norton’s grandson, often spoke to her and others about the extent of Ralph Norton’s love of art and his significant violin collection.

In 1929, Norton Hall opened, stirring the architecture world. The building is a monolithic, poured concrete structure — a foundation constructed with one single pour. An auditorium built in this way was uncommon at the time and in this part of the United States.

Cynthia Norton said the texture of the building’s exterior and its construction was groundbreaking at the time.

A feature of the interior lobby was the cinder block wall, Cynthia Norton said.

Just after it was opened in 1929, Norton was used as a multi-purpose auditorium built with no backstage or dressing room area. Chautauqua’s musical director organized the Chautauqua Opera Association and invited Alfredo Valenti from The Juilliard School as the opera director for its 1929 season.

Since then, many opera singers have started their careers on Norton Hall’s stage. Until Bratton Theater — formerly known as Normal Hall — was deemed the Chautauqua Theater Company’s home, Norton Hall was a shared space for opera and theater. Over time, Norton Hall started to deteriorate, and was at one point repainted pink and purple.

“(The repaint) was a failure to understand the nature of its monumental, dignified kind of beauty,” Cynthia Norton said.

“It was difficult to maintain because of its monolithic, poured concrete structure, which was not well understood,” Cynthia Norton said.

Between 2011 and 2015, Norton Hall underwent renovations. John Shedd, Chautauqua’s vice president of campus planning and operations, Cynthia Norton and the Chautauqua Opera Guild worked together to revitalize the hall. In 2014 and 2015, the physical work on Norton Hall was completed, and its original palette was again evoked.

“It was never meant to be painted,” Cynthia Norton said.

During the 2015 project, Cynthia Norton chose the color palette so the building would resemble its 1929 design. In the past four years, Cynthia Norton said, Norton Hall has improved greatly.

“One of the improvements that many people don’t know about is that there are now portable air conditioners that are used to cool the hall before and after performances,” she said.

She said the building is not only important to her family, but is an integral part of the art world and history.

“What that building was all about got buried, I think, under coats of paint, so I am doing whatever I can to help people understand the beauty of the building,” Cynthia Norton said.

“(Ralph Norton) sought to ensure that the art associated with Norton Hall would be of high quality,” Cynthia Norton said.

When Bestor died in 1944, Ralph Norton served as president for two years and oversaw other construction projects, such as the Bestor Plaza Fountain. His art collection grew so extensive that he opened The Norton Gallery of Art in 1941, which is now the Norton Museum in West Palm Beach, Florida.

Cynthia Norton said she wanted Chautauquans and art lovers to fully experience the art and the building when they go to an opera in Norton Hall.

“I wanted people to experience this as indeed a beautiful and elegant place to go to, in a way that no other structure has,” Cynthia Norton said. “I think that’s beginning to change — people are having more of a total experience because they are appreciating the building and the performances.”

For Cynthia Norton and her family, the 90 years of music that has resounded in Norton Hall means the building has fulfilled its purpose.

“Ralph’s main interest was making the arts as accessible as possible to everyone,” Cynthia Norton said.