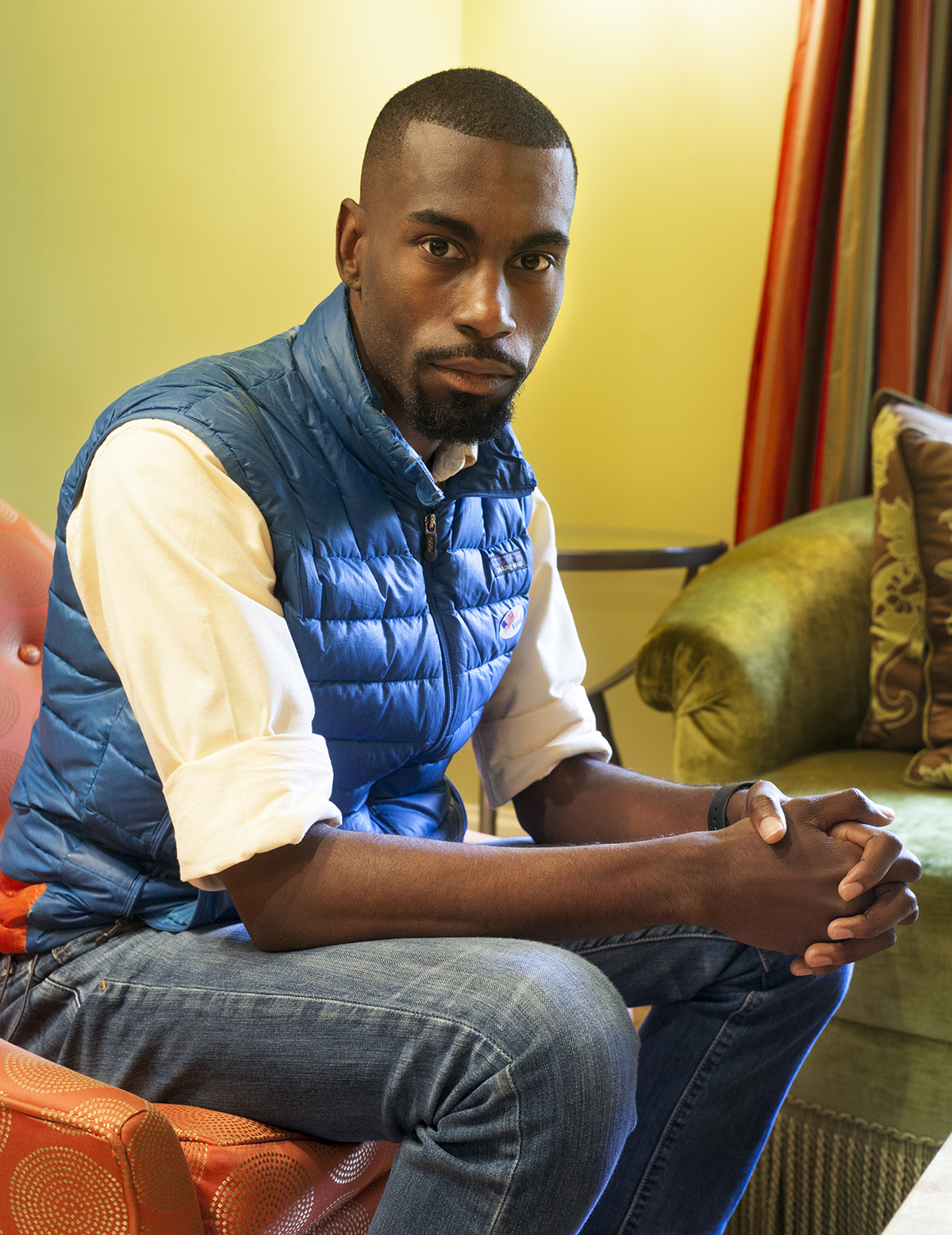 Last Tuesday, Alton Sterling was shot to death in Baton Rouge, Louisiana. On Wednesday, Philando Castile was killed in Falcon Heights, Minnesota. Both were black men in their 30s. Both were killed by police.

And on Thursday night, at a peaceful Black Lives Matter rally in Dallas, five police officers were killed by a lone sniper. Through the weekend, more rallies took place across the country in the wake of those seven deaths.

DeRay Mckesson was at one of those rallies in Baton Rouge. He was arrested, along with more than 100 other protesters, late Saturday night.

At about 4:30 p.m. ET Sunday, less than 24 hours before he was scheduled to speak at Chautauqua Institution, Mckesson was released on bond.

At 10:45 a.m. Monday in the Amphitheater, with or without Mckesson, Chautauqua is “proceeding to discuss race relations and Black Lives Matter,” said Sherra Babcock, vice president and Emily and Richard Smucker Chair for Education.

“In developing this week in particular, and being particular about the title of ‘Moral Leadership in Action,’ we knew we would be working with leaders in a variety of disciplines who are on the ground, doing their work each and every day,” said Matt Ewalt, associate director of education and youth services.
“This is not a week to look at moral leadership in the abstract.”

That thinking extends to the afternoon Interfaith Lecture Series.

“This could have been a more theoretical treatment,” said Robert Franklin, director of the Department of Religion. “We instead assembled an interracial, interfaith, intergenerational group of voices who will talk about their experiences in the trenches.”

Or in the streets. Mckesson, an activist, educator and former mayoral candidate for the city of Baltimore, has been a prominent member of the Black Lives Matter movement, coming into the national spotlight with the 2014 protests in Ferguson, Missouri, following the death of Michael Brown.

An active voice on Twitter, Mckesson live-streamed his Saturday arrest on Periscope. A national outcry for his release ensued.

To have Mckesson on the platform, Ewalt said, would not just be a “dive into the movement itself, but a look at how the tools of activists today have changed” — tools such as Twitter, Snapchat or Periscope, that members of the civil rights movement did not have.

“The civil rights movement continues to serve as a paradigm for a lot of other social movements,” Franklin said. “It’s unremarkable that a movement that helped transform American democracy 50 years ago continues to resonate with young people in the streets today. They’re also challenging that tradition. That’s what makes it exciting to have DeRay and Andrew Young on Day One.”

Young, who is speaking at 2 p.m. Monday in the Hall of Philosophy, former U.S. Ambassador to the United Nations and former mayor of Atlanta, served as one of Martin Luther King Jr.’s principal lieutenants in the civil rights movement of the 1960s. Working as executive director of the Southern Christian Leadership Conference, Young participated in countless civil rights demonstrations. He was jailed twice for that work.

“These are efforts to marginalize, stereotype and denigrate these organizations using these highly charged, negative terms,” Franklin said.

Franklin referenced Mckesson’s live-stream of his arrest, as he and protesters walked along a Baton Rouge highway — taking audible care to stay on the side of the fog line dividing the road from the shoulder. Mckesson was charged with obstruction of a highway — a misdemeanor. Mckesson commented on the night’s events in his live-stream.

“The police in Baton Rouge have been truly awful tonight,” Mckesson said. “They have provoked people, they have chased people just for kicks. Literally, people have been on the sidewalk, they have not ventured into traffic. The police have been violent. The protesters have not.”

Live-streaming that protest, Franklin said, showcased “the dignity that these leaders continue to exhibit in resisting those labels, showing that they were respecting the law … that’s the best we can expect from leaders today.”

In hosting Young, the Rev. Raphael Warnock, and possibly Mckesson, Ewalt, Babcock and Franklin said that Chautauqua is participating in a national conversation.