The lives of two women living centuries apart — a contemporary New Yorker and a historical queen — run parallel in the 2016 novel The Imperial Wife.

“The two narratives are really about women who are the more powerful spouse in their marriage and how do they deal with that kind of situation,” said author Irina Reyn.

Reyn will be available at 1:15 p.m. Friday in the Author’s Alcove for a book signing.

Like her protagonists, the imaginary Tanya Kagan Vandermotter and Catherine the Great, Reyn was an immigrant; she came to the United States from Russia at the age of 7. In writing the book, she was interested in the challenges faced by women who immigrate.

“That’s what I looked at in both protagonists,” Reyn said. “Thinking about the difficulty of moving to a new country, having to adapt language and culture, and what that means, and what kind of sacrifices and what kind of benefits that that provides.”

Though Reyn wrote The Imperial Wife before the 2016 election, she said it has “present-day resonance.”

“Looking at it through that lens, it does feel particularly relevant,” she said. “That’s where we are now. The question of immigration has become much more loaded, and that’s why I think it would be fascinating to look at the question of someone like Catherine the Great, who was essentially an immigrant who took over a throne of a huge, vast empire and was always very much aware of the fact that she was an immigrant and that that played a huge role in a lot of her policies and her memoirs.”

Reyn often referred to Catherine’s memoirs while writing the book, mostly looking at her younger years when she moved from Prussia to Russia to marry Peter III.

Reyn was interested in Catherine’s unique ascension to the throne — by marriage rather than dynastic succession.

“She was someone who realized that her husband was just ill-suited to take the throne and she was going to do a better job at it, basically,” Reyn said. “She was a fascinating character and had to always prove to people that she was worthy, and not only because she was a woman, but also because she (was) not ethnically Russian.”

The Imperial Wife’s other protagonist, Tanya, is not so different from Catherine. Tanya has her own sort of power as head of the Russia department at the fictional Worthington’s, an auction house meant to mirror Christie’s or Sotheby’s of Manhattan. Tanya has secured a fascinating object to sell: the Order of St. Catherine. And it belonged to — guess who — Catherine the Great. 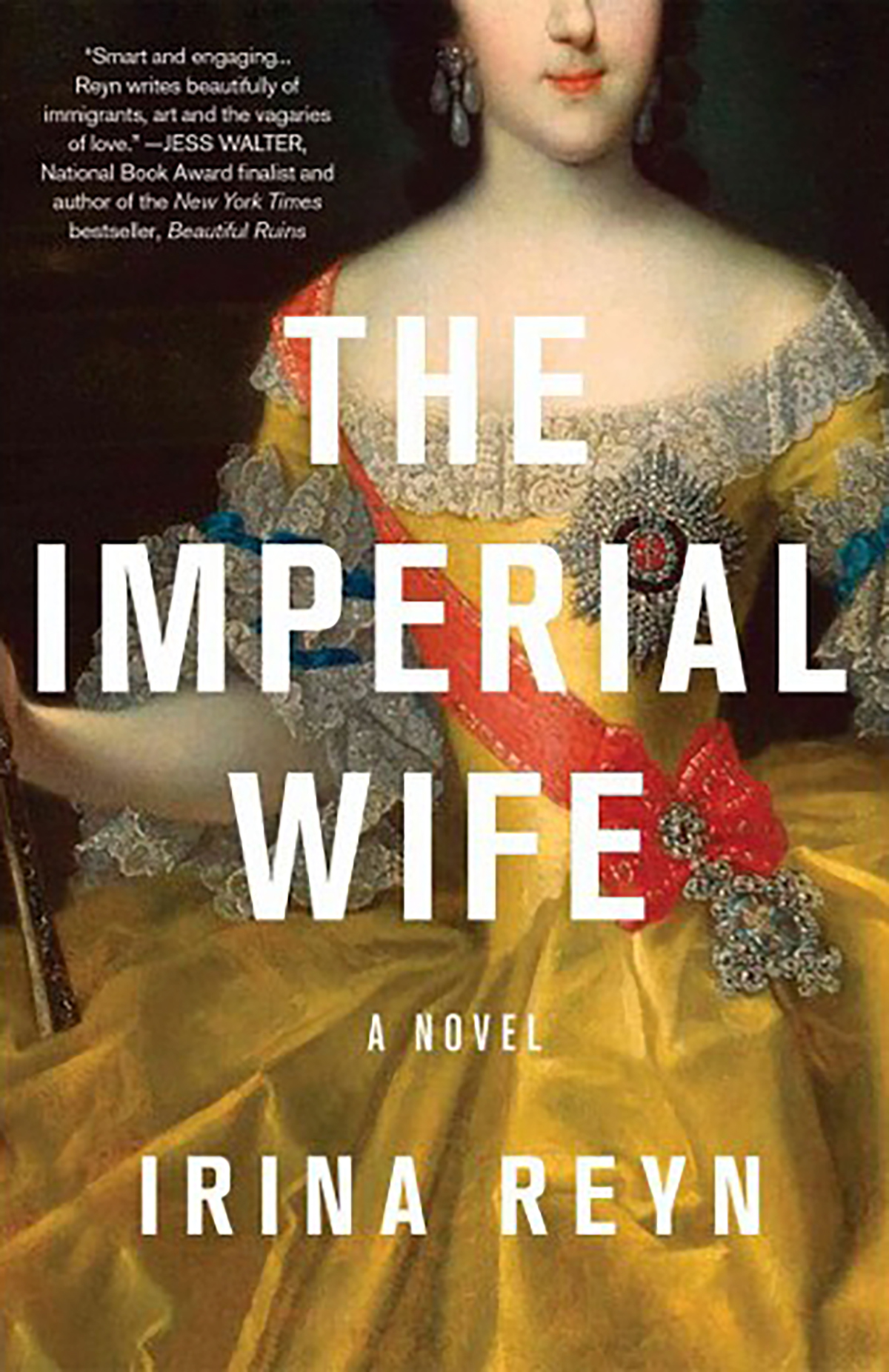 As Reyn explained, the Order of St. Catherine is not an unusual object. It was a real award issued to friends of the throne of the Romanovs.

“But the one in the book, particularly belonging to Catherine the Great, that doesn’t exist as far as we know,” Reyn said. “The innovation in the book is imagining that it belonged to her.”

The other connection between Tanya and Catherine is personal. While preparing for the most exciting auction of her career, Tanya is dealing with marital problems. Tanya’s husband “sort of has a difficult time with her professional success,” Reyn said.

In real life, Reyn’s husband is Adam Lowenstein, a professor of English and film studies at the University of Pittsburgh who gave Thursday’s 10:45 a.m. lecture. Reyn is also a professor at the University of Pittsburgh, where she teaches fiction writing. The Imperial Wife is Reyn’s second novel. Her first, What Happened to Anna K., a retelling of Anna Karenina, was published in 2008. Reyn’s third book will be released in the upcoming year.

Balancing teaching with her own writing life takes discipline, so Reyn gives herself a set word count to accomplish every day.

“Get things down on the page as soon as possible, and that’s where things really can get worked out in, is in tandem with the kind of work you do in the head,” she said. “Writing every day, even though it’s sort of mundane and banal, is sort of the way a lot of us do that. That, and reading vampirically.”

She says that’s a piece of advice she always tells her students.

“Reading books vampirically means reading books for what you need, for how you need to learn,” she said. “You don’t have to reinvent the wheel — there are tons of books out there that have already solved your dilemma.”