Last year, Dwayne Randall tied for first in the “Save the Lake” Pro-Am. This year, the title is all his.

Randall is the golf director for Peek’n Peak Resort and a PGA professional. He is also a six-time Western New York Golf Professional of the Year. Randall’s experience showed at the pro-am at Chautauqua Golf Club on Monday, June 25, and helped motivate his team, even though he was feeling under the weather.

“I am just getting over the flu, so I was feeling a little weak,” Randall said. “I played well, obviously, shooting a 66. (It was) just one of those days where the ball is going in the hole.”

Randall was 6-under-par after the 12th hole. To keep his mind off the pressure, he said he just tried to “play and have fun.”

“This is a team event, and I basically just focus on the team and tried to help out with my shots,” Smith said.

Club professionals from around New York and Pennsylvania were paired with amateur golfers in a two best-ball format. Cash prizes went to the top 10 teams.

“I had a great group. The three guys I played with were a lot of fun,” Randall said. “We obviously did well as a team, and that makes everyone get into it a little bit more.”

The team has won five tournaments this year and has no plans to slow down. Led by Randall, the team swept the tournament, winning the pro and team categories.

Prior to be being a Peek’n Peak golf club member, Smith was a Chautauqua Golf Club member for 25 years, so he is familiar with the course.

“The course was good as always,” Smith said. “It was in good shape.”

The weather may have played a part in why the course was good; it was 68 degrees and sunny, with barely any clouds.

“Nicest day we had for a tournament in awhile,” said John Jablonski III, executive director of Chautauqua Watershed Conservancy. “Course was in very nice condition, little bit wet in some places from the rain recently, but can’t help that”

Over the past seven years, “Save the Lake” has netted over $200,000. It is the Chautauqua Watershed Conservancy’s largest fundraising event of the year, with all the proceeds going to programs that help preserve the lake.

“We work to conserve the lands around the lake, which collect and filter clean water to Chautauqua Lake,” Jablonski said. “The cleaner the water is coming into the lake, the less it costs to treat that water to make it drinkable and the healthier it is to drink, which is pretty important.” 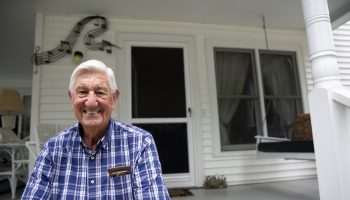 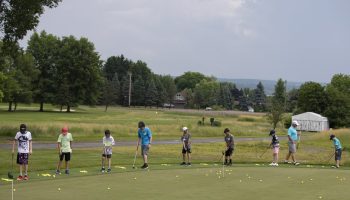 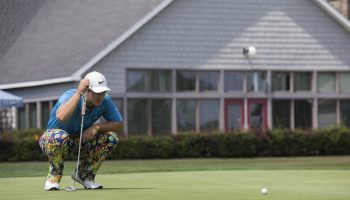 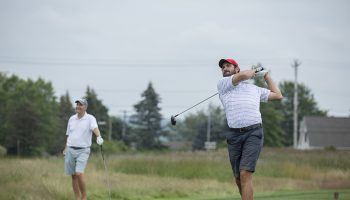