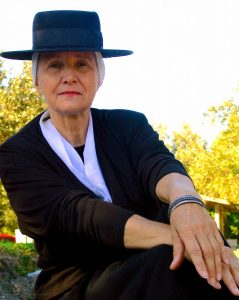 Audacious, legendary and visionary painter Georgia Totto O’Keeffe was the granddaughter of a Hungarian count, daughter of Wisconsin dairy farmers and the “Mother of American modernism.”

At 4 p.m. Monday, Aug. 13, in Bratton Theater, O’Keeffe will come alive as Nan Colton chronicles her controversial and intriguing life from girlhood to Ghost Ranch in “Georgia O’Keeffe — Changing the Way We See.”

Chautauquans “will hear a little of the inside story,” Colton said. “This is not an art lecture.”

Following the show, this homage to O’Keeffe will continue at the Chautauqua Women’s Club. VIP ticket holders will be welcomed to its “Ritas at the Ranch After Party.”

This special event about an exceptional American artist and woman is a fundraiser for the CWC in support of its educational programs, scholarships for students in the Schools of Fine and Performing Arts, and fellowship activities.

In addition, at 9:15 a.m. Tuesday at the CWC, Colton will present “The Inward Eye,” an informal, thought-provoking discussion about O’Keeffe’s contribution to modern American culture.

According to Colton, among the cultural issues women currently face are their perception of themselves, others’ perceptions of women and what women will do to propel the changes they seek in their lives.

“It’s marvelous to have Georgia O’Keeffe as an American icon,” Colton said. “She left behind magnificent canvases. She paid some heavy dues to be able to (do so). … O’Keeffe gifted a whole new way of seeing things. She’s up there with Picasso.”

Since January 1994, Colton has owned Solo Productions, and since April 1998, she has served as the performing artist in residence at the Museum of Fine Arts in St. Petersburg, Florida.

To explain the museum’s art and exhibitions, she has researched, scripted, produced and performed about 40 different presentations. She also seeks to stir the imagination and see barriers come down.

Colton has also created and performed several fictional characters through which she depicts historical periods and events. They include the arrival of the Spanish in the Tampa Bay area in 1528 as told from the perspective of a Native American woman; a woman living in London, England, during the Victorian period; and a muse that recounts ancient myths that tell timeless stories and raise existential issues.

“I was born, brought up, and educated in South Africa in the middle of nowhere on a gold mine,” Colton said. “Klerksdorp is now a collection of gold mines. … I choose not to live in the middle of New York City, without the sky to look at and insects.”

After majoring in theater at Rhodes University in Grahamstown, South Africa, Colton said she earned her Equity card working for the state theater for two years during the early 1970s. Next she went to Europe, and when she ran out of money, taught theater to high school students in Britain before heading to Scotland and the Arctic Circle.

Invited to visit the United States, Colton said, “I came, I stayed, I married, and in 12 to 13 years, I divorced; we’re best friends.”

While married, she and her husband, Joseph, traveled from state to state for two to three months at a time. Between trips, they lived on his large boat in St. Petersburg.

“The pillars of American theater — Hume Cronyn, Jessica Tandy and Ron Howard — were coming to town (in 1984) to film ‘Cocoon,’ ” Colton said. “I, in passing, said it would be wonderful if I could meet them. Joseph said, ‘Why not go meet them? This is America!’ I met them and was given the only local job. Ron Howard said he knew film, not theater. Would I … read lines with actors?”

She said that after the filming ended, Cronyn asked what she’d be doing next, and Tandy told her to do theater.

“Between the two of them and their cajoling and egging me on, I promised them I’d start my own theater company,” Colton said.

She kept her promise. Colton founded and was executive and artistic director of Kestrel Theatre Company. She brought in Pulitzer Prize-winning playwrights and presented more than 100 productions.

“Americans don’t understand the artist’s and playwright’s voice and that all of those words are to communicate something,” she said.

At Eckerd College, Colton served for three years as an artist in residence.

“Kestrel produced an annual Playwrights Festival on the college campus,” she said. “I brought in Pulitzer Prize-winning playwrights, did a series of their plays and had them talk to students. I did this until I exhausted myself. I went to hand the grant money back to the city (of St. Petersburg). They encouraged me to keep the money and pay myself.”

Colton said she walked down the street and into a museum — the Museum of Fine Arts — where she saw a Berthe Morisot painting. It embarrassed her that she didn’t know that Morisot was a woman Impressionist, and she inquired about doing a show with the grant money she had. The following year, she closed her theater company and became the museum’s performing artist in residence.

“I write two new scripts per year and have 40-plus scripts,” Colton said.

At the museum, she performs about once a month. The museum chooses the titles and artists each year, and she does one-woman shows. She talks about each character’s inspiration and self-expression.

“It just doesn’t stop; like peanuts, once you start you can’t stop,” Colton said. “It’s fascinating. If I’m interested in what a woman has done — artists, novelists, et cetera — I’m off and running. Most of history has been told from a man’s point of view. That leaves me a lot of room to celebrate.”

For information and tickets, contact the CWC by calling 716-357-4961 or at chautauquawomensclub.org. 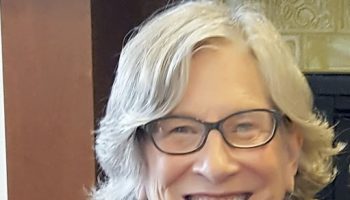 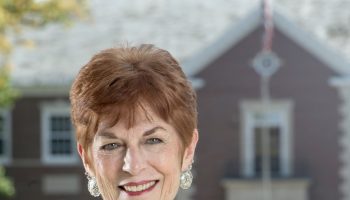 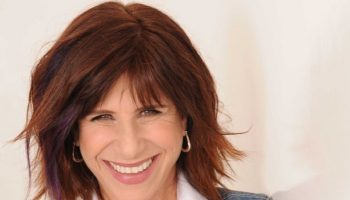