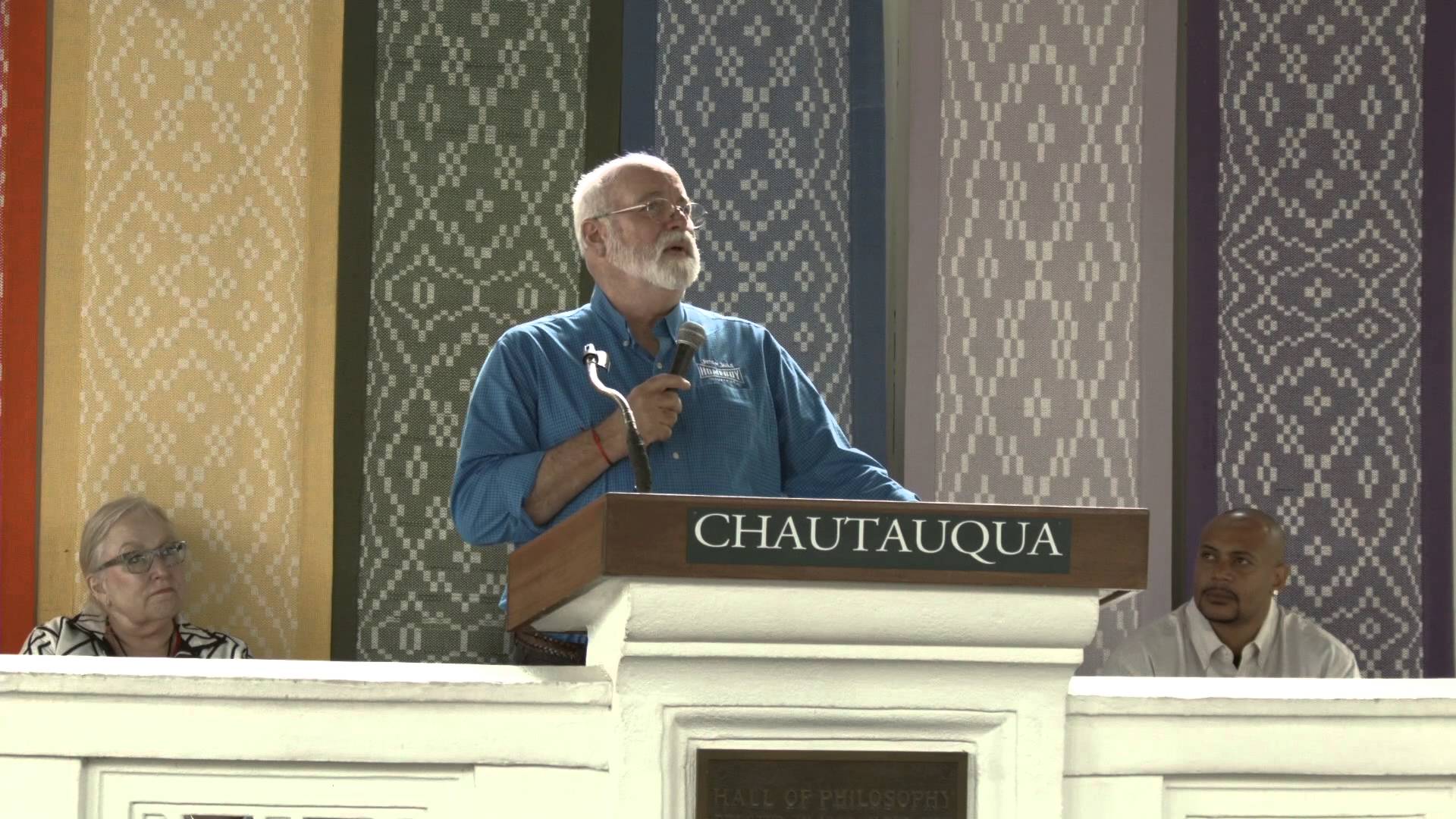 When Fr. Greg Boyle, S.J., started working with gang members 30 years ago, he found that people easily demonized them.

“It was going uphill to have folks see them as human — or just see them. That hostility has mostly fallen away,” he said. “They were kept at a distance and blamed for their situation. Today, we can talk more readily about the margins. The mutuality goes beyond ‘I went to the soup kitchen, and I got more out of it than they did.’ People belong to each other and are inching closer to God’s way of seeing.”

His title for Sunday’s sermon is “Nowhere to Rest One’s Head: Following Jesus with Integrity.” Titles for his Monday through Friday sermons include “The Dude Shows Up,” “And Awe Came upon Everyone,” “Now. Here. This.,” “The Feeling’s Mutual” and “The Praise that Matters to God.”

Boyle has delivered Interfaith Lectures at Chautauqua in 2012, 2013 and 2015. One of the questions he posed to Chautauquans in his 2015 Interfaith Lecture was, “How do we get a place of compassion where we can stand in awe of what the poor have to carry as opposed to how they carry it?”

His goal is always to spread compassion, kinship and inclusion. In that same lecture, he said everyone is in need of help and healing: “[If] each one of us can welcome our wound, then we’re less likely to despise the wounded.”

“The truth is, you know, we’re so used to a God — a ‘one false move’ God, and so we’re not really accustomed to the ‘no-matter-whatness’ of God, to the God who’s just plain old too busy loving us to be disappointed in us,” Boyle said in his 2012 interview with “On Being” host Krista Tippett during an Interfaith Lecture.

In addition to his work with Homeboy Industries, Boyle works as a consultant and serves on the U.S. Attorney General’s Defending Childhood Task Force. His work focuses on the importance of the involvement of adults in youths’ lives, guidance and unconditional love, all with aim of preventing young adults from joining gangs.

“There isn’t anybody who can’t be that person who holds the mirror up and doesn’t judge, who loves without measuring, without regret — as our God does, with a ‘no-matter-whatness,’ ” he said in his 2013 lecture. “Everybody can be so loving that you don’t have any time left to be disappointed. Everybody could do that.”

Ordained as a priest in 1984, Boyle is a member of the order of the Society of Jesus (Jesuits).

After his ordination, Boyle taught in Bolivia. In 1986, he was appointed pastor of Dolores Mission in Los Angeles, where he served until 1992. (He briefly left in 1993 to work as chaplain of the Islas Marías Penal Colony in Mexico and Folsom State Prison, before returning to Dolores.)

At Dolores Mission, Boyle created Jobs for a Future (JFF) in 1988. Working with the community, he started an elementary school, a daycare program and worked to create better jobs for young adults. That work led to Boyle to launch his first business: Homeboy Bakery, under the banner of JFF and Proyecto Pastoral. At the bakery, rival gang members worked side by side.

Currently at work on his second book, Boyle is the author of Tattoos on the Heart: The Power of Boundless Compassion, which was named the PEN USA 2011 Best Creative Nonfiction Book of the Year.