David Weintraub is not a minister or a philosopher -— he’s not even religious. 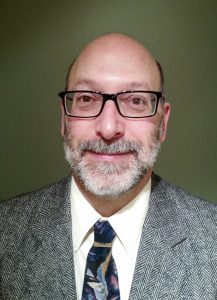 Weintraub is a scientist, and as someone who conducted a research project on how different religions would interpret the discovery of planets and extraterrestrial life, that distinction is important.

At 2 p.m. Monday in the Hall of Philosophy, Weintraub will give a lecture titled “Profound and Staggering: The Potential Impact of the Discovery of Planets around Other Stars on Religion.” His lecture will inform Chautauquans what astronomers are studying today, and try to convince the audience that the religious impact of those scientific discoveries is important, timely and relevant.

Weintraub grew up fascinated by NASA and space exploration, especially the discovery of new planets. In junior high school he saw a local production of Lamp at Midnight by Barrie Stavis, a play that depicts the 17th-century conflict between astronomer Galileo Galilei and the Roman Catholic Church over whether Earth was the center of the universe. Weintraub said seeing the play was an “eye-opening” experience.

“I think that was my first exposure to this concept that astronomy and religion somehow had some relationship, though I didn’t understand then what the relationship was,” Weintraub said. “But the idea that what to me as a 13- or 14-year-old was a purely astronomy question … somehow was a major theological issue for the Roman Catholic Church … was a bit of a revelation.”

Weintraub went on to earn his bachelor’s degree in both physics and astronomy, and his Ph.D. in geophysics and space physics. He is now a professor of astronomy at Vanderbilt University and an expert in the study of star and planet formation.

His most recent book, Religions and Extraterrestrial Life: How Will We Deal With It?, analyzes the ways that religions would respond and be affected by the discovery of new planets, especially if they contain life. Weintraub said the concept of extraterrestrial life is moving from being purely a philosophical question to a scientific question that astronomers will most likely tackle in the next 100 years.

Weintraub actually considers himself a skeptic of extraterrestrial life in comparison to most modern astronomers, but he believes its potential impact on religious theory is currently relevant.

“It’s a fascinating concept in trying to relate religious ideas to astronomy ideas. Those questions have fascinated me for a long time,” Weintraub said. “These are questions that I think make sense to ask for any religion, any person with any religious domain, but they’re astronomy questions, so astronomy has something to say that’s relevant to religion.”

Weintraub aims to remain objective in his work. After publishing his research, he said he actually received a lot of positive reactions from members of the Mormon community, who told him they were glad someone treated their faith so respectfully.

Mormon views on astronomy are similar to all Biblical cosmology, but also incorporate unique ideas from founder Joseph Smith. He and Brigham Young taught that God created other human-inhabited planets besides Earth and species of humans on the moon and sun. The Book of Mormon also depicts stories of God and Jesus visiting Earth as recently as the 1800s, which some interpret as a form of space travel, and references the holy city of Enoch as if it once existed in space separate from Earth.

“It wasn’t what I had to say about Mormonism’s views of extraterrestrial life, it was that I didn’t treat Mormon ideas as foolish ideas,” Weintraub said. “And I think they seem to sense that most of the time that’s how they’re treated by mainstream non-Mormon communities.”

But the purpose of Weintraub’s work is not to critique other people’s religious ideas, only to understand them.

“I’m not a theologian, I’m not a philosopher, I’m not a minister — I’m an astronomer, I’m a scientist,” Weintraub said. “I came to this trying to wear my scientist hat, and my scientist hat says: I don’t know what the answers are. This isn’t about what I think; it’s about what’s out there.”