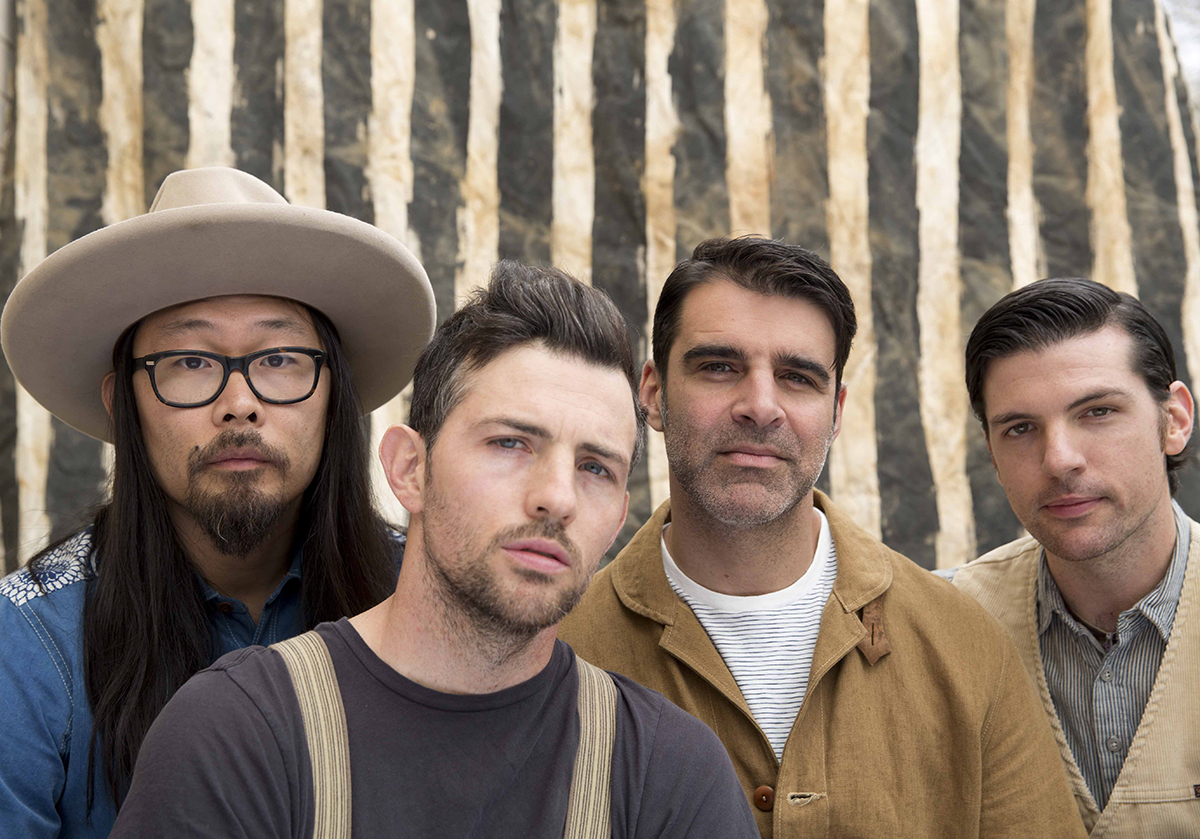 When Seth Avett first wrote “Divorce Separation Blues,” he never thought he would release it on an album.

The song is hopeful, catchy and tragically personal, written about Avett’s divorce from his former wife Susan. An acoustic, plucked banjo creates a country-like twang sound on the track, which appears on the Avett Brothers’ newest album, True Sadness, released two weeks ago.

The Avett Brothers will perform at 8:15 p.m. Friday in the Amphitheater. The popular folk rock band includes four main members: Avett and his brother Scott, Bob Crawford and Joe Kwon.

In 2009 the band’s album I and Love and You was 16th on the Billboard Top 200, and in 2012 their album The Carpenter was fourth. When True Sadness was released, it ranked No. 1 on both the iTunes Overall Top Albums chart and Top Rock Albums chart.

True Sadness is recognized as experimental because the band took its bluegrass sing-along folk sound and pushed its limits, working with producer Rick Rubin to experiment musically and cross over into the pop genre. With EDM synthesizers, electronic beats and catchy guitar riffs, the band evolved with its ninth studio album, managing to get a little more unpredictable while still staying authentically Avett Brothers.

And the lyrics sung have a new kind of honesty.

The band decided to release “Divorce Separation Blues” because of the connection it feels with its audience. Avett said listeners might never expect a top 10 radio hit to be about divorce because it’s a horrible experience, but he feels supported by both the band and their fans.

“I feel more the same as our audience,” Avett said. “I feel that it is clearer to us [now] that we are all fighting similar battles and experiencing similar joys and tragedies. So I feel like there’s less danger in being vulnerable, in being open.”

Before the album’s release, Avett wrote an open letter to the band’s fans that announced and gave context for the new album, explaining how True Sadness reflects a change in the lives of the band members.

Although all their albums express revealing, personal themes, Avett wrote that past albums were depicting “mere versions” of themselves, artistic characters that are painstakingly genuine yet only perceived personalities that are pieces of a whole identity. As time transitions the band members into a new stage of life, Avett said they identify with their audience more now than ever before.

“We set upon a purposeful path of revision, attempting to embrace the changes we saw in ourselves as well as our artistic endeavors,” Avett wrote. “Somewhere along the way, the line between music and life faded. The change was imperceptible at first. Then, when we weren’t paying attention, it evaporated altogether.”

As far as the band’s creative process behind the album, Avett said its “new direction” didn’t feel like a leap into the unknown, because the band is always experimenting with new ideas. He compared their writing process to an addict approaching recovery: they take it one day at a time.

The Avett Brothers will be on tour throughout the rest of the summer and fall.

“I think I just [feel] more a part of a community, of humanity, than I ever have,” Avett said. “At all the shows we play, it just feels like we’re in great company, and we’re surrounded by people [who] are just trying to live and take it day by day, and experience a lot of the ups and downs that we did.”