The Buddhist Approach to Environmentalism 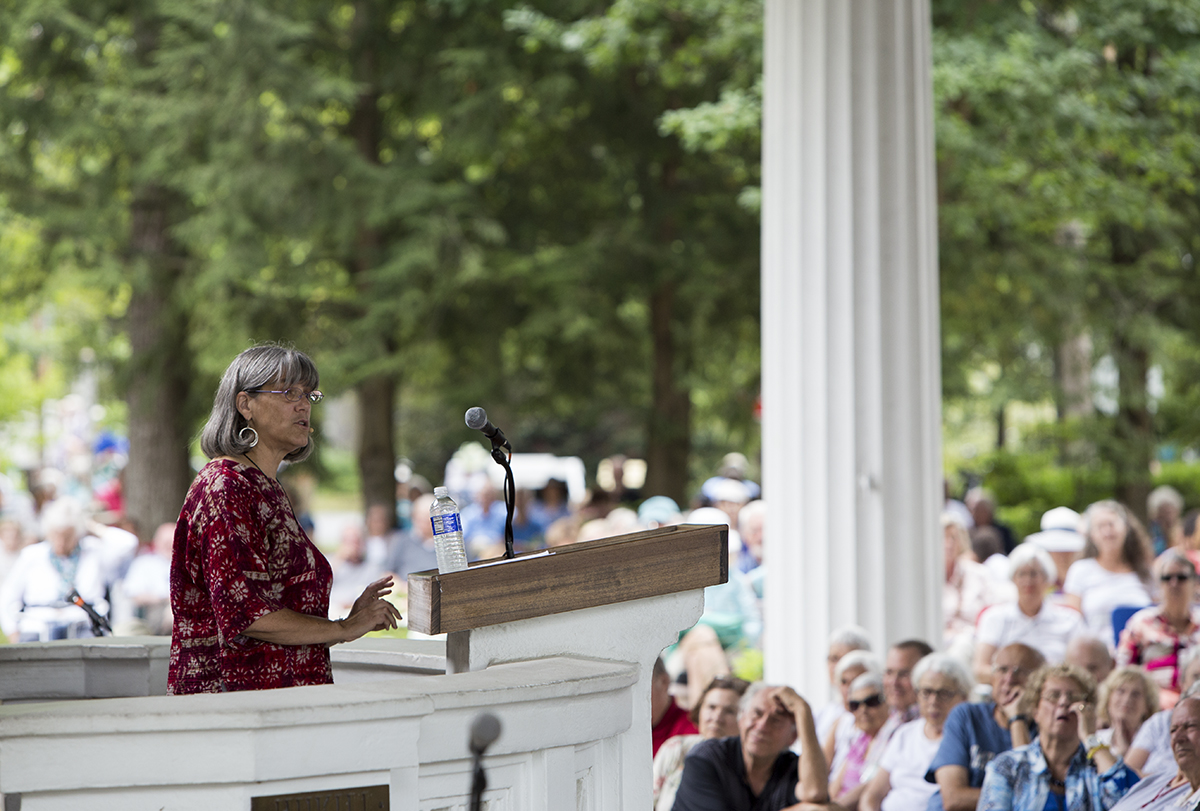 Phrakhru Pitak Nanthakhun begged his father to keep the baby monkey clinging to its dead mother. Phrakhru’s father, a hunter in northern Thailand, had shot her and, devastated, Nanthakhun tried to care for the baby. After it refused to eat for three days, however, Nanthakhun released it. Immediately, the baby ran to the back of their bamboo hut and latched onto his mother’s drying, splayed skin.

On that day, Nanthakhun realized two things. First was the suffering human beings can inflict on creation. Second was that he wanted to be a Buddhist monk because it would give him the tools to be compassionate and work to end such suffering.

She has an answer: No, and that doesn’t matter.

It’s a debate that has existed since the 1970s, Darlington said. In the last few decades, she said, Buddhism has become strongly associated with the environmentalist movement. In Southeast Asia, where Darlington does her research, monks have been leading proponents of environmentally sustainable economic development and activists against deforestation, pesticides and cash crops. Nanthakhun is among these monks, in what’s called socially engaged Buddhism.

“He is an example of how Buddhism can be used consciously and deliberately to solve environmental problems while working to end suffering of all beings, humans and all others,” Darlington said.

Yet historically, Buddhism teaches little about environmentalism, Darlington said. There wasn’t a global environmental crisis that needed to be addressed at the time of the Buddha in 500 B.C. To the contrary, Darlington said, Buddhism teaches a doctrine of escape from the natural world. It teaches that everything is impermanent and unhappiness stems from attachment to the impermanent. People are reborn on Earth because they are too attached; by detaching themselves they can end the cycle of rebirth and suffering.

“These teachings are generally seen as philosophical, aimed at helping people leave the world of rebirth and suffering,” Darlington said. “So what does that have to with ecological issues?”

Absolutely nothing, she said, at least originally. But she argued that religions and their interpretations change over time, and today Buddhist principles like interdependence have become intertwined with environmentalist ideals.

As an example, she used a seventh-century Chinese metaphor for Buddhist interconnectedness called Indra’s net. Picture a giant net with a perfectly round jewel on each individual knot. Each jewel is like a mirror; anything that happens to one dot, whether it’s cut or grows cloudy, will be reflected in all the others.

“In modern context, this idea of Indra’s net is used to think about pollution,” Darlington said. “If you make one of these cloudy, all the jewels look cloudy. If we have pollution that does that, if we have loss of wildlife habitats, it’s reflected in all the other jewels

Conversely, Darlington said, if someone cleans a jewel, it will be reflected in the rest as well. If humans clean up rivers, create conservation areas and stop deforestation, those efforts are reflected across creation.

All of this is just a bit too abstract for Darlington, though. Platitudes are nice, she said, but how do actual Buddhists take these teachings?

On one hand, Darlington said, such abstract teachings can actually be used to further harm the environment. An important ritual calls for Buddhists to release captive animals into the wild as a sign of compassion for the world. Buddhists who fulfill this will receive “merit” for the next life. However, businessmen will actually capture free animals and sell them to impoverished Buddhists to release. The end result is a cycle of violence against animals, a spread of infectious diseases and the introduction of invasive species.

“So why do people do this?” Darlington said. “They don’t know where the animals come from. Their intention is to make merit.”

But by focusing one’s intention on fulfilling the Buddhist teaching of interconnectivity rather than just making merit, monks and laymen have been able to make a real environmental impact, Darlington said.

In Thailand, large agricultural companies loan cash crop seeds to farmers. The farmers are not only encouraged to use large amounts of pesticides, destroy more land and pollute the rivers, Darlington said; they also incur steep debt. As their debt grows, they cut down more forests to grow more crops to pay the debt back. Realizing the harm this is causing to both the natural world and to the farmers, monks like Nanthakhun have applied Buddhist teachings of interconnectedness to agriculture.

They help farmers create cooperatives and push sustainable techniques that build off a natural ecosystem. Rather than planting single cash crops, farmers are taught to plant nitrogen-producing peas near crops that need nitrogen; to put fish in rice-paddy fields when they’re flooded so the fish can eat the bugs that eat rice; to grow fruit around the flooded rice; and feed the fruit humans don’t eat to the chickens around farm.

Monks help build community forestry, Darlington said, and teach old weavers to make their cloths with natural dyes and sell them. They also designate areas where fishing is prohibited and the fish can repopulate. When the fish grow populous enough to swim out of that area, then they can be eaten.

Darlington recalled one of the first monks she worked with, who used to say that spiritual and economic development must go hand in hand. In other words, change must happen from within first, and only then can someone work with others to develop the world.

“Development doesn’t mean in these terms ‘let’s get as much money as we can,’ ” Darlington said. “It means let’s have a good, balanced lifestyle that makes a minimum impact on the natural resources.”