Granted, it was in the 2013 National Senior Games, and Terkel was swimming against only Americans in an event that does not exist in the actual world games. But between then and participating on his high school team were 40 years without swimming competitively. And in breaking a minute for the 100-yard freestyle in the 2011 National YMCA Short Course Swimming Championship, Terkel completed a goal he’s had since those teenage years. The reason, Terkel said, is meditation and yoga. 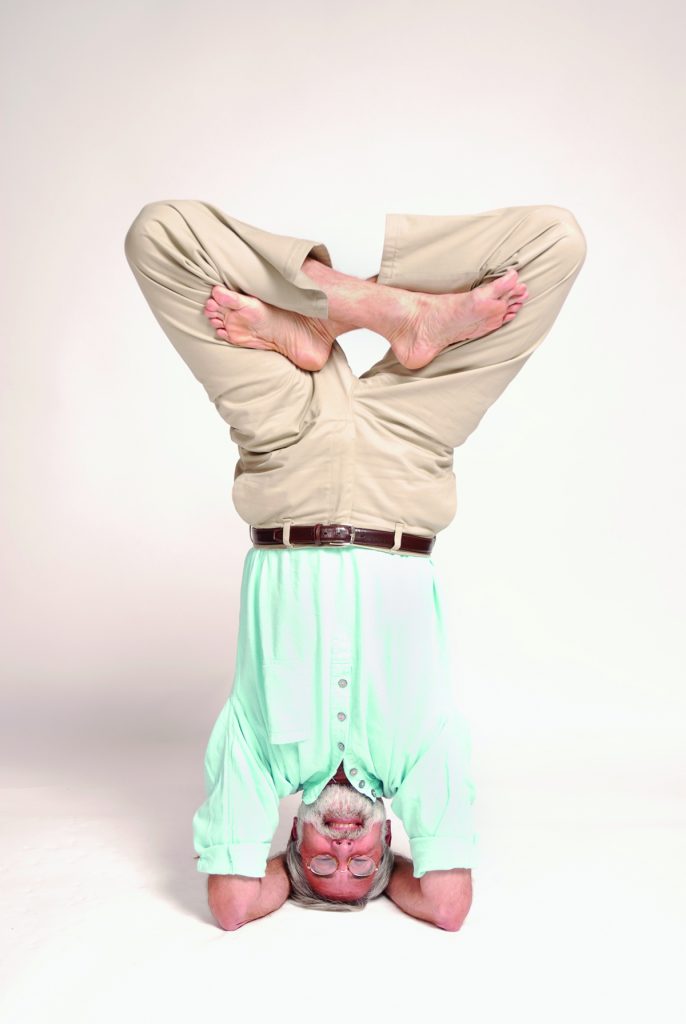 “It never ceases to amaze me what we’re capable of when we pay attention,” Terkel said. “Swimming is yoga in the water; it’s breathing and alignment.”

Terkel will lead the Mystic Heart Meditation Program for Week Eight, guiding Buddhist meditations from 7:15 to 8 a.m. Monday through Friday at the Main Gate Welcome Center. Drawing upon the Kabbalistic tradition and 46 years of personal tradition, Terkel will teach Chautauquans how to use meditation to solve the problems in their everyday lives.

Mindfulness meditation has made a comeback in the last decade, to the point that the Cleveland Clinic now lists it as one of the top practices to promote healthy aging, Terkel said. But he said he was concerned that not everyone was doing it correctly. Mindfulness, he said, is being billed as a small practice people can do to improve their lives, when in fact it requires much more concentrated work.

“My take is that while it’s on everyone’s list, do people really know how to do it?” Terkel said.

Although he respects the austere, monasterial meditation that seeks to transcends the world, Terkel said it’s not a practice that works for him and most Americans. He wants a meditation that’s applicable to modern life outside of the 20 minutes of morning breathing.

“Clearly, mindfulness training is for purpose of accomplishing something: So you can be more mindful throughout the day,” Terkel said. “When tension is building, you can just adjust it and you can be more aware of what’s going on.”

To address both fallacies, Terkel employs traditional practices he said are applicable to all faiths, such as a focus on the breath and use of a mantra. But he said he also teaches people how to think, which is sometimes considered anathema to mediation, a practice that often instructs people to fully clear their heads. Ideally, Terkel said, people leave sessions with a different perspective on their lives.

Terkel said he disagrees with those who say their minds are too restless to meditate or they’re not flexible enough for yoga. Anyone can learn those ancient practices, he said.

“If you would meditate, you would learn to calm your mind a little; it’s not a prerequisite,” Terkel said. “If you did yoga, you’d be more flexible. That’s the idea.”

With practice, he said, meditation can help people lose weight, handle stressful situations, live harmoniously and perhaps learn the breathing and awareness necessary to outperform your teenage self in the water, 40 years after leaving the pool.

“We have been given a mind and brain,” Terkel said. “Use it or lose it.”