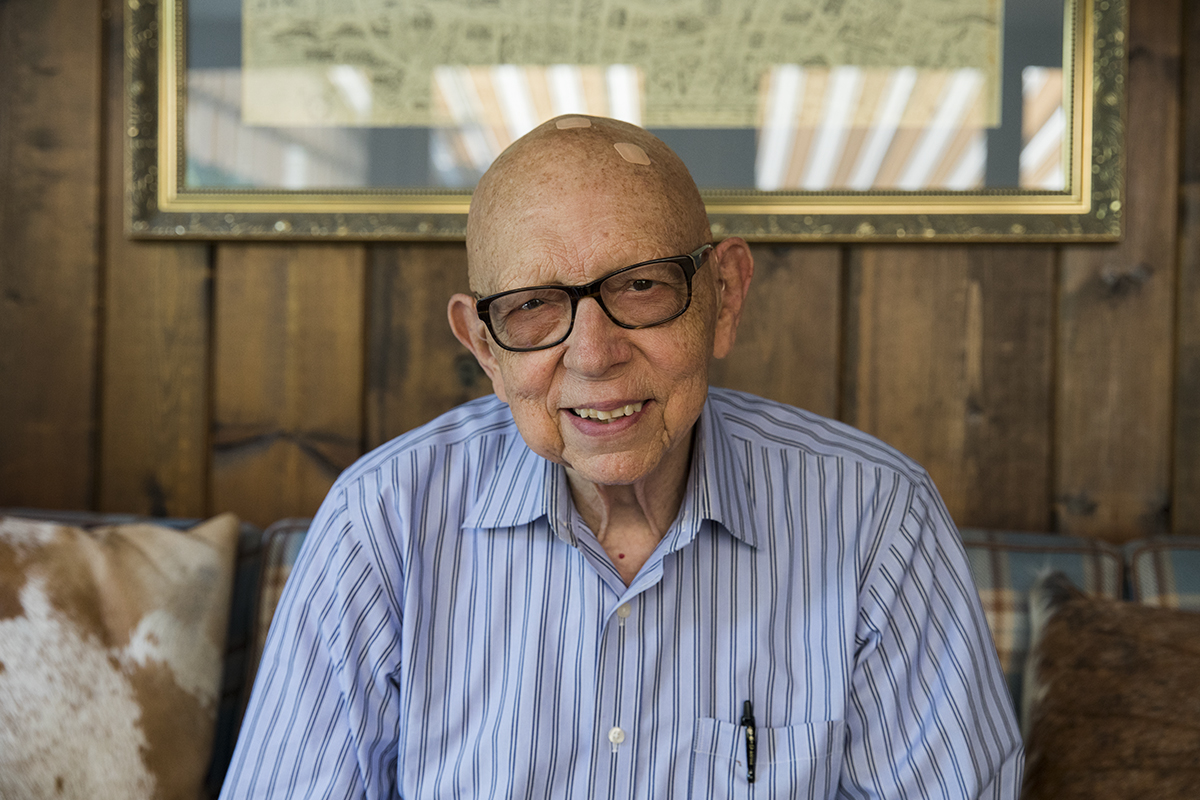 When The Beatles tribute band Yesterday performed at Chautauqua Institution in August 2014, the old Amp was justifiably filled to capacity.

Thanks to the generosity of Herb Keyser, music, videos and stories of The Beatles will pervade Elizabeth S. Lenna Hall at 4:30 p.m. Thursday. Keyser has designed his retrospective presentation of “The Lives and Music of The Beatles” as a performance that all age groups will enjoy, and as a fundraiser for the Chautauqua Women’s Club.

“What’s special about this is that it’s an amazingly interesting and exciting story that most people don’t know the details of,” said Keyser, who is more commonly known to Chautauquans as “Doctor Herb” and the “lemon tart man.”

Before successfully launching phase two of his show business career over a decade ago, he practiced OB-GYN medicine in New York, Georgia and Texas, and delivered more than 8,000 babies.

Based on his observations practicing medicine and his research, Keyser wrote Women Under the Knife: A Gynecologist’s Report on Hazardous Medicine and Prescription for Disaster: Health Care in America. Upon retiring from his medical practice, he wrote his first novel — An Unquiet Life: Odyssey of a Whistleblower — which he said “is about a sad part of medicine.”

Sadness, however, is not typically associated with Keyser. At Chautauqua, he has earned the moniker “lemon tart man” because on Mondays at noon, he can be found near the kiosk adjacent to the Amphitheater, peddling his homemade lemon tarts and other goodies for the benefit of Chautauqua Institution. (See his book, A Chautauquan Searches Paris for the Best Tarte au Citron, for the skinny on his recipe.) He also happily takes special orders.

In addition to the tarts for which he is renowned, Keyser sells his homemade chocolate surprise cookies, summer pudding and, new this season, bread pudding. He said he has received nearly $60,000 for these baked goods, all of which he has donated to the Chautauqua Fund.

When his wife and the mother of his six children, Barbara, suggested it was time for him to retire, Keyser took her advice. Having spent five or six years prior to medical school striving to make it in show business — his career of choice growing up — he returned to it. This time, however, Keyser took to the sea with Barbara, traveling the world on cruise ships entertaining passengers with lively presentations about American musical theater.

The popularity of his lecture series aboard Crystal Cruise Lines convinced Keyser to write Geniuses of the American Musical Theatre: The Composers and Lyricists. After its publication in 2009, Regis Philbin and Ted Koppel interviewed him. He also appeared on CNN, HBO and many other television shows, as well as “scores of” local radio programs. Currently, he is working on his second Geniuses volume.

Keyser said that he has been entertaining cruise line passengers for over 10 years on more than 50 cruises. Initially he lectured on the Cunard, Regent and Seabourn lines, as well as on Crystal and Silver Sea. Recently he has limited himself to the latter two.

“Presently I’m doing six to eight trips a year on cruise lines,” Keyser said. “I’ve got nine cruises booked through the end of 2018. They put me on (voyages) where they have a lot of sea days; not in the Mediterranean where there’s a stop-off every day. Last year, I gave 24 lectures on two back-to-back crossings of the Atlantic on Silver Sea. We’re away at sea three to four months a year.”

Nancy Langston, who has served as the Women’s Club’s vice chair for development for four years, said that Keyser’s Beatles performance will be “the third program of this sort that Herb has done for the Women’s Club.” One of his previous musical presentations featured Irving Berlin, and the other George Gershwin.

According to Langston, the Beatles retrospective will conclude at 6 p.m. Before it does, however, a drawing will be held for the new Sgt. Pepper’s Lonely Hearts Club Band deluxe edition box set, produced in celebration of the album’s 50th anniversary.

Valued at $117, this door prize box set contains: four audio CDs of Giles Martin’s new stereo mix of the album, a Blu-Ray/DVD containing a fully restored 1992 documentary film about the making of Sgt. Pepper’s, a 144-page hardback book, a replica of the original card insert and two posters.

A half hour or so after Keyser’s show concludes, the CWC will host a reception for everyone who has purchased a “Sponsor” or “Superior” ticket at the CWC house.

The cost of a “Sponsor” ticket is $150. It includes superior seating in Lenna Hall, admission to the reception, a ticket for the Sgt. Pepper’s Lonely Hearts Club Band drawing and recognition in the program for the show.

A “Superior” ticket costs $75 and includes priority seating, a door prize ticket and entry to the reception.

There will be a charge of $40 for each adult general admission ticket and $20 for each child aged 18 and younger. Tickets will be available at the door.

Langston said the mission of the CWC is to enrich the lives of its members and the community through fellowship; programs that advance its social, educational and service goals; and scholarships for students in the schools of the fine and performing arts. The proceeds from Keyser’s show will help the CWC reach these goals.

According to Keyser, of the 40 different performances he does on cruise ships, his Beatles retrospective is one of the most popular.

“Basically, four young men with no talent when they started became the greatest hit in the world,” Keyser said. “They came from nothing, combined into a group that was inept, and became the most well known people in the world.

“I’ll tell about how, in an amazingly short period of time, they go from the absolute peak down to the bottom,” Keyser continued. “The length of their fame was essentially very brief compared to almost anyone else. (My) story will tell how this happened and why it happened. The stories of their lives are sad, funny, poignant.”