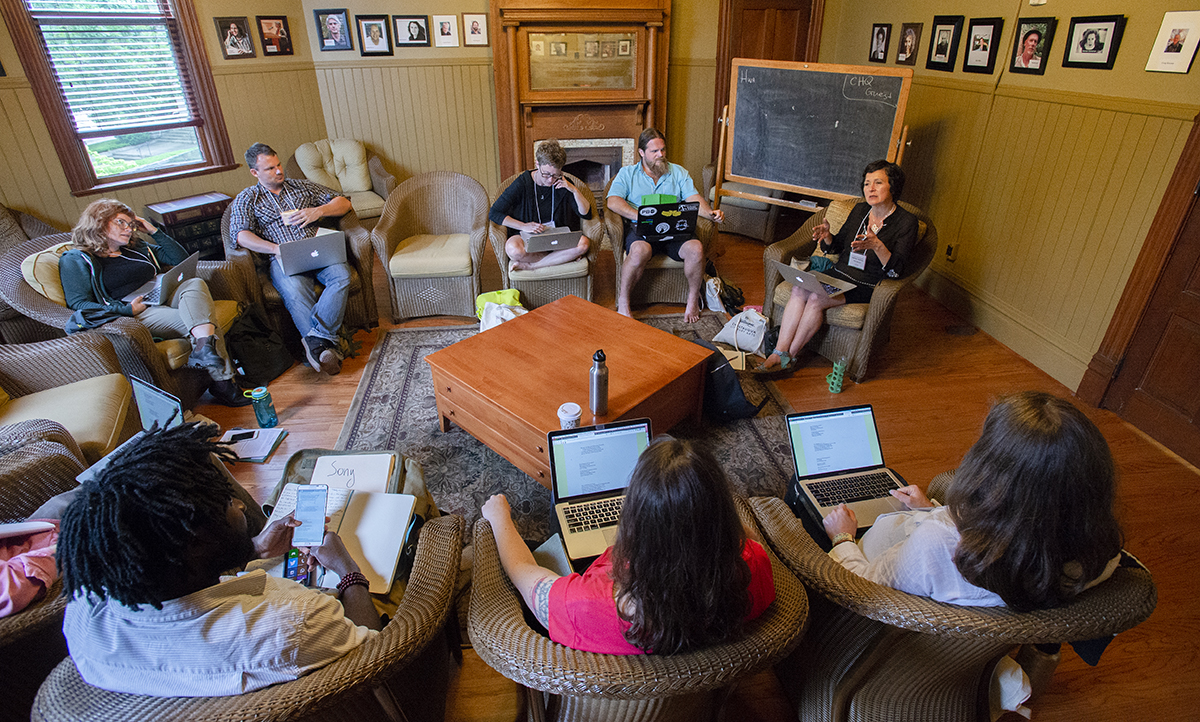 The 15th annual Writers’ Festival is winding down, but was in full swing this past week.

The four-day event concludes Saturday June 23rd. For the first time, the event was held during the week leading up to the season, largely because the festival mirrors Week One’s theme, “The Life of the Written Word,” so intimately.

“We want to capture an audience that is looking for that kind of intensive study that is not happening at the same time as the wealth of events happening on the grounds during the summer season,” said Atom Atkinson, director of literary arts.

This summer, the festival is under the new leadership of director Lillian-Yvonne Bertram. Hailing from Buffalo, she teaches at the University of Massachusetts Boston. Claudia Rankine chose Bertram’s But a Storm Is Blowing from Paradise to win the 2010 Red Hen Press Benjamin Saltman Award.

The festival centers around the theme “Writing in Times of Crisis,” also a new approach this year. Bertram and Atkinson hope to convene writers in an environment that explores the craft of writing while engaging with today’s political and social landscape.

“There aren’t a lot of festivals and conferences that are attentive to both the craft as well as how does our craft and final product get shaped by the times that we live in,” said Dave Griffith, vice president and Emily and Richard Smucker Chair for Education.

For the first time ever, the festival hosted a keynote speaker. Kiese Laymon, author of the essay collection How to Slowly Kill Yourself and Others in America and the upcoming memoir Heavy, spoke Wednesday in the Athenaeum Hotel.

In addition to workshops and one-on-one consultations, this year’s festival includes breakout sessions and panel discussions that aim to talk practically about writing, tethered to the lens of crisis. One Saturday panel discussion will consider how to teach writing in classrooms where students are being subjected to stressors, like news of school shootings, Griffith said. He said the panel will explore how best to “serve kids, knowing that about their daily lives and the anxieties that they are having.”

There are a lot of changes, but Atkinson said this is building on groundwork laid by past leadership. “The festival existed for 14 years in one form, which was this much-needed writers’ retreat,” Griffith said. With community support, the beautiful landscape and pre-season solitude, Griffith said the festival thrived organically.

“When Atom and I came on board, we looked at that and saw an opportunity to expand who the festival serves,” he said. “We saw an opportunity to do some things that we personally would like to see other writers’ festivals and conferences do, which was to speak very explicitly to both the craft of writing, but also the context in which people write.”

For example, Griffith, said, how does writing change during the Gilded Age versus World War II versus the counterculture of the late 1960s?

“Those are all different times that had different pressures, cultural and political pressures, on people,” he said. “You can see the ways the political and cultural moment shaped the work.”

As an example, Griffith pointed to New Journalism. Writers such as Joan Didion and Tom Wolfe blended journalistic and literary styles, inserting themselves as characters in the narratives.

“For people like Didion and Wolfe to be interested in creating something that read more like fiction, that was really coming out of that time in the late ’60s when people really felt they were being lied to by the powers that be,” Griffith said. “(That) has some resonance to the time that we’re living in at this moment.”