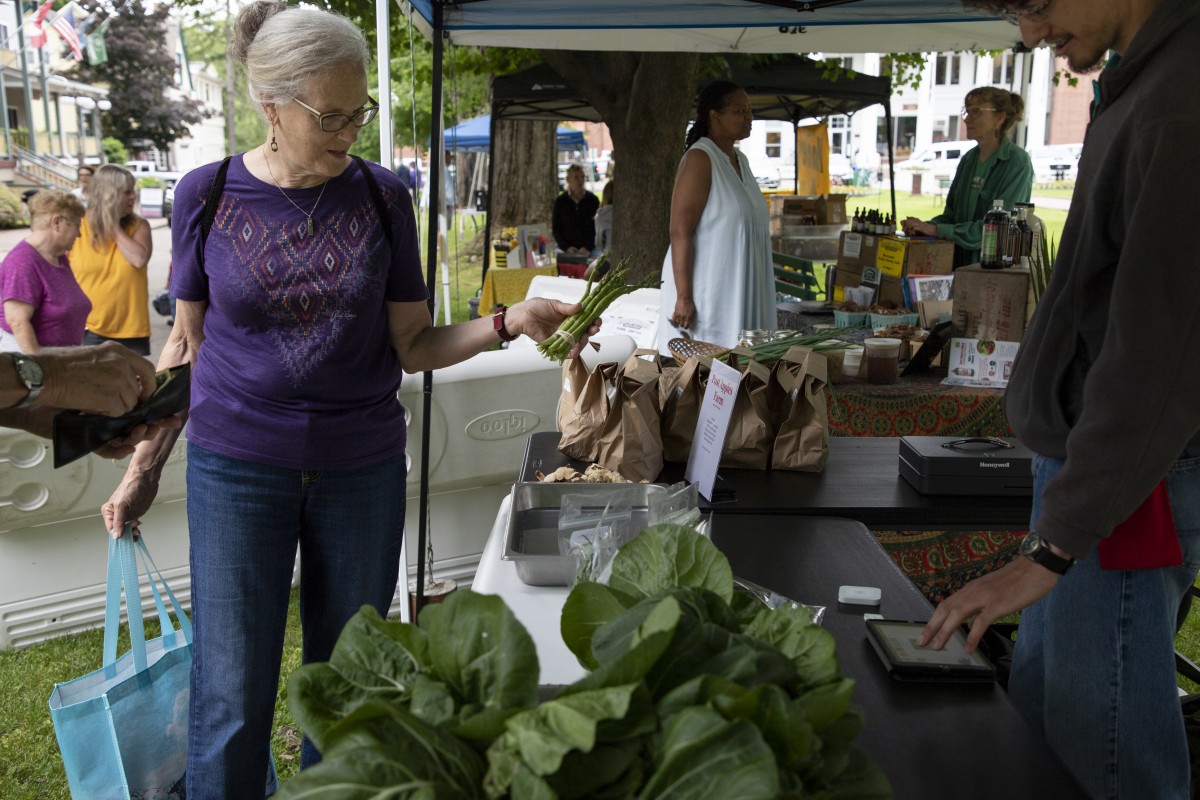 Chautauquans will now have an increased selection of farm-fresh produce and meat. This season, from 9 a.m. to 1 p.m. every Wednesday except for Week Two, on Bestor Plaza, join local vendors for the Bestor Fresh Market.

This new farmers market will feature 13 to 15 local vendors selling quality items to the community. As summer progresses, vendors will offer in-season fruits and vegetables for Chautauquans to enjoy.

“The next thing that comes into season is blackberries and blueberries,” said Sondra Johnson, a vendor from Aber Acres in Kennedy, New York. “So we will have organic jams, organic cookies and organic biscuits. We are trying to promote organic.”

Johnson is one of many local vendors who will advocate for organic products. Customers will have a wide, local selection of goods to try each week.

“Selection will increase as things ripen,” said Jeffrey Creager, co-owner of Good Grass Farm in Ashville. “Probably (by the) first of July we’ll have blueberries, completely organic, nothing but rainwater and sunshine.”

Creager said he was contacted by Sherwin about the market, and he was eager to participate. As someone who has frequented the Institution for years, Creager believes the Bestor Fresh Market will be a wonderful opportunity for his pasture-based farm.

“I know there’s a daily market near the gate, and from what I’ve understood it’s really hard to become a vendor there,” he said. “So this is a great opportunity for a small farm to come and move some good products. I think a lot of farmers here do things really well and are eco-friendly.”

Sherwin, who first proposed the idea for the Bestor Fresh Market eight years ago, used to sell products at the Farmers Market at the Main Gate. However, when the market shifted locations and grew smaller, there was limited space for vendors. Having an additional market provides more options, Sherwin said.

Sherwin hopes the Bestor Fresh Market will serve as a complement to the market at the Main Gate.

“Maybe at some point we could combine the two and it’ll be all down here; it would be nice to have it all on Bestor Plaza,” she said.