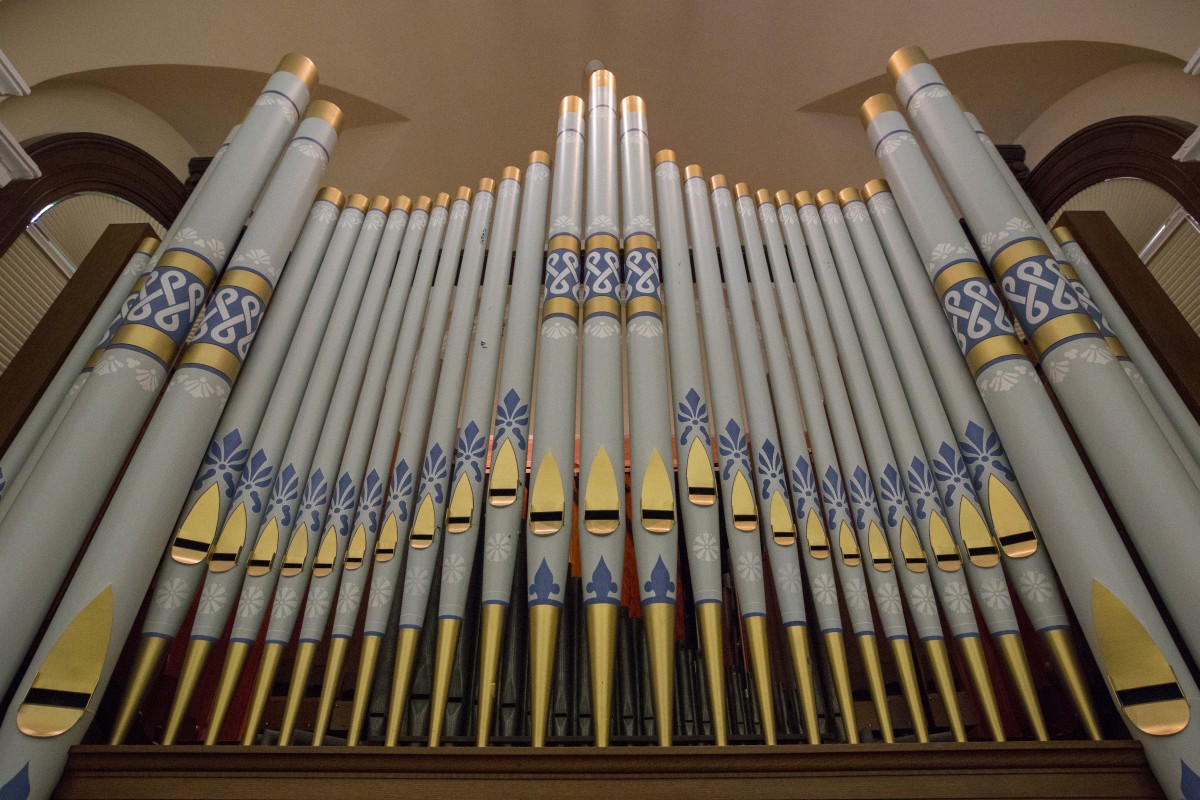 At 12:15 p.m. Tuesday June 26 in the Hall of Christ, Jared Jacobsen will celebrate the capability and rich history of the Tallman Tracker Organ during his performance “A Music Machine.”

Built in 1893, Chautauqua’s Tallman Organ is a historic instrument originally built for the First Baptist Church of Nyack, New York. The organ was then given to the Institution in 2000.

The Tallman Organ is connected mechanically, which allows the musician to hook keyboards together and play them simultaneously. Jacobsen calls this feature “phantom keys.”

Although the organ is over 120 years old, Jacobsen said the design is efficient and complex.

“They were very clever in 1893 in the way they designed and tweaked all the pipes,” he said. “Almost everything on the organ that you see actually plays.”

In an attempt to share the experience of playing this organ with the audience, Jacobsen will take listeners on a “Cook’s Tour” of the organ.

The term “Cook’s Tour” comes from English travel agent Thomas Cook. This tour takes Chautauquans through demonstrations of the four families of organ tone: flute, principals, strings and reeds. Each “family” produces a different sound that comes from the construction of its pipes.

“I usually find the first time I play (the Tallman Organ), that I do something about how it actually works because most people don’t know how it works,” Jacobsen said. “There’s all of these mechanical things that are happening on the organ when I put my finger on a key.”

Rather than keeping the instrument completely separate from listeners, Jacobsen believes in the importance of connecting the organ with the audience. Part of this opening performance will include the chance to work the organ’s hand pumping blower.

“We restored the hand pumping blower, which is a big bicycle wheel,” he said. “It’s about 3 feet in diameter, and it pumps the air to make the piece that I’m playing.”

Jacobsen will select an audience member to crank the blower and witness the old-fashioned style of organ music. Once a participant has completed this task, they earn a “Tallman Aerobics Society” button, which Jacobsen said is “the most exclusive club in all of Chautauqua.”