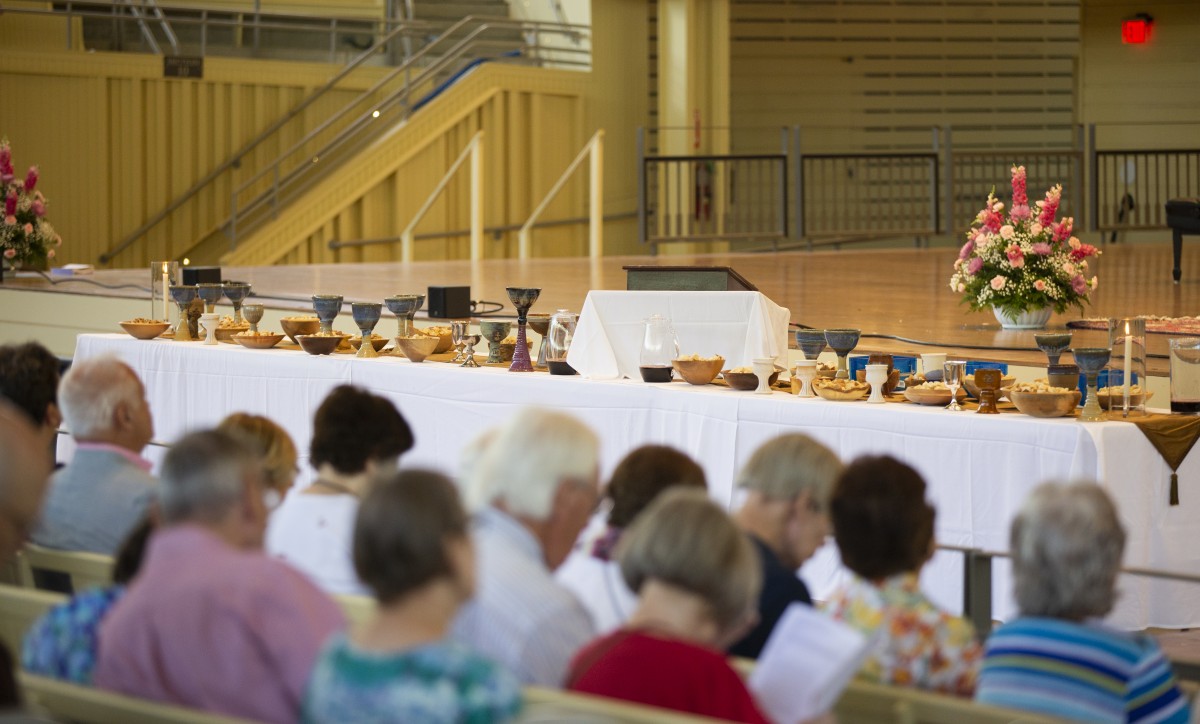 “Have you ever been caught up in something and experienced a moment, a moment where you were totally absorbed and oblivious to anything?” said the Rev. David E. Goatley at the 9:15 a.m. Monday morning, July 9, worship service.

His sermon title was “Caught Up in Jesus,” and his Scripture text was the Gospel of Luke 5:1-11, the call of Peter from Jesus to “catch people.”

Sometimes, Goatly said, people get caught up in inspiring experiences. He described a trip on the Zambezi River where he saw a “huge orange sun touch the horizon of the river, and I was caught up in its beauty.”

Artists can get caught up in their artistry, he said. He turned to Jared Jacobsen, organist and coordinator of worship and sacred music.

“Perhaps Jared was playing a song and suddenly realized that the song was playing him,” Goatley said.

Jacobsen gave Goatley a thumbs up.

When you hold a newborn baby, Goatley told the congregation, you can get caught up in the new life and your responsibility for the care and nurturing you have to provide.

People can get caught up in addiction and move from a social habit to a recreational pastime to abuse and addiction.

Goatley recalled Elizabeth Smart, who at age 14 was kidnapped by Brian David Mitchell and his wife, Wanda Barzee, and was held for nine months. Smart said that Mitchell’s addiction to pornography “made her living hell worse.”

Both toxic habits and toxic relationships lead to pain.

“If you don’t know what you are caught up in, get caught up in a transforming relationship with Jesus,” Goatley said.

Peter had an encounter with Jesus by Lake Gennesaret, and he got caught up in something bigger than himself. When Jesus asked Peter to push his boat into the lake so he could teach the crowds, Jesus caused Peter to “alter his plans, adjust his agenda; it was not business as usual.”

“There was something about Jesus that caused Peter to alter his plans and begin an amazing adventure,” Goatley said. “Jesus told him, ‘Don’t be afraid, you will be catching people.’”

Peter was not a recreational fisherman; that was how he made his living. Like all commercial fishermen, Goatley said, Peter knew to fish at night.

Yet here was Jesus — who had been raised by a carpenter — in the middle of the day, telling Peter how to fish.

“Can you imagine what was going through Peter’s mind?” Goatley said. “There is a difference between fish and wood.”

But there was something about Jesus’ words that called Peter away from what he knew. Peter was able to “listen, hear and trust the words of Jesus. How often do we read and not hear, hear and not trust?”

Peter trusted Jesus, and it changed his perspective on his central condition, Goatley said. Peter was led to see his need to repent and “it changed the trajectory of his life. He was catching people because of the word of Jesus.”

“If we are caught up in Jesus, our lives will never be the same,” Goatley said. “We can’t predict what will happen. Many of you know how Jesus will mess up your plan, unravel your nicely woven fabric. It is frustrating but invigorating no matter what stage of life you are in.”

Perhaps, he said to the congregation, Jesus is calling you today.

“Can you hear him? Can you trust him? Can you obey him? Peter did and he and his colleagues left everything to follow Jesus,” Goatley said.

The Rt. Rev. V. Gene Robinson, vice president of religion, presided. The Rev. George Wirth, pastor emeritus of First Presbyterian Church, Atlanta, read the Scripture. The Motet Choir, under the direction of Jared Jacobsen, organist and coordinator of worship and sacred music, sang “Come to Me” by Craig Courtney. The Lois Raynow Fund for the Department of Religion and the Harold F. Reed Sr. Memorial Chaplaincy provide support for this week’s services. 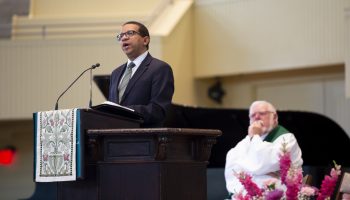 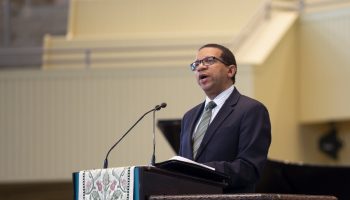