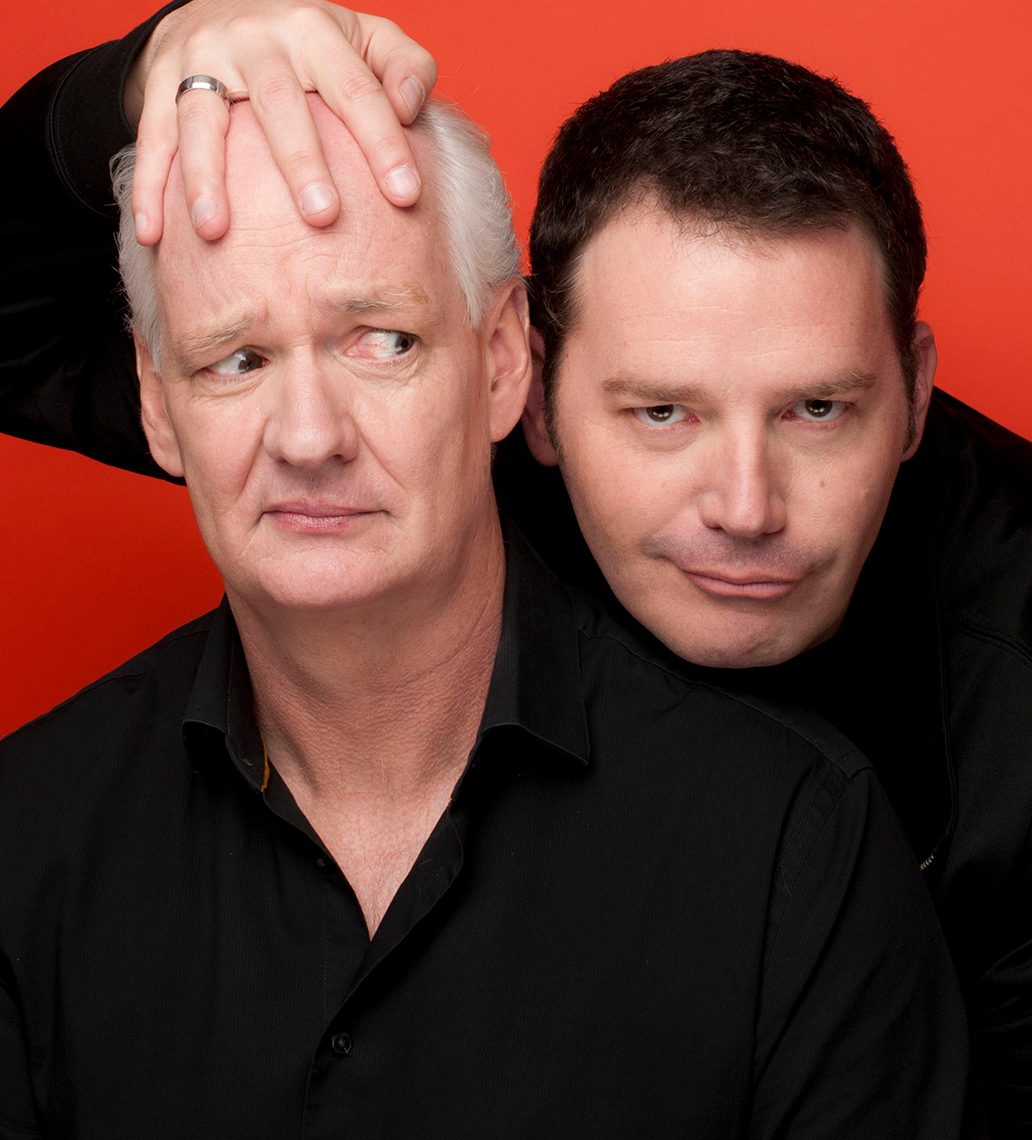 Chautauquans can finally answer the question: “Whose line is it anyway?”

It’s Colin Mochrie’s and Brad Sherwood’s, who at 8:15 p.m. on Friday, July 6 in the Amphitheater will perform their off-the-cuff show “Scared Scriptless.” It’s the first visit to Chautauqua for the improv stars, both series regulars of the Emmy-nominated series, “Whose Line is it Anyway?”

“We give the power to the audience,” Sherwood said in an interview about the show with The Hype Magazine. “They are the puppet masters. And we are at the mercy of their demented brains.”

Using prompts and suggestions from audience members, Mochrie and Sherwood will execute a series of improv sketches.

And they won’t be alone on stage.

“Every scene starts with a suggestion from the audience, and we have audience members onstage with us for about 80 percent of the show,” Mochrie told the Star Gazette. “It’s that added danger quality.”

These suggestions come in the form of games, many of which Mochrie said will be familiar to “Whose Line” fans, but he and Sherwood try to keep it exciting.

“Much of the work that Brad and I do in our show is coming up with a way to ask for suggestions so that we don’t get the same things over and over again. … We’ll come up with ways like, ‘What was your great-grandfather’s occupation?’ or ‘What’s an occupation where you need special equipment?’ ” Mochrie said in his Star Gazette interview. “It gets the audience to think outside of the box a little.”

The duo has lots of experience making people laugh. After a stint with improv group Second City’s Toronto troupe, Mochrie starred in the British and American versions of “Whose Line.” He is the recipient of three Canadian Comedy Awards, winning for Best Male Improviser in 2000, Best Male TV Performance in 2001 and Best Writing in 2003.

Sherwood got his start on the 1994 sketch-comedy series “The Newz,” and after joining “Whose Line” in 1992 continued to appear in various comedic productions. He is also a Second City alum, but appeared in the group’s L.A. troupe. Sherwood has tried his hand at everything from game shows to late-night talk shows, with credits ranging from “The Drew Carey Show” to “The Dating Game.”

Mochrie and Sherwood teamed up in 2003 for “Scared Scriptless,” and they’ve been touring ever since.

“I like the energy and the adrenaline that you get from being on stage, and I think once you become good at making people laugh, getting those laughs becomes a bit addictive,” Sherwood told Parade magazine.

And yes, the show really is unscripted.

“It’s always different. You never fall into a rut. Every audience is different, every theater is different, and depending on our moods, every show is different,” Mochrie said in Parade. “It’s not like we’re a band going out doing our greatest hits night after night. We’re making up something completely new — every night — with the help of the audience.”