The Statue of Liberty is known to Americans as a symbol of the nation’s immigrant heritage. A gift from the people of France, Lady Liberty has watched over New York Harbor since 1886, and on its base is a tablet added in 1903, inscribed with words penned by Emma Lazarus: “Give me your tired, your poor, Your huddled masses yearning to breathe free, The wretched refuse of your teeming shore. Send these, the homeless, tempest-tost to me, I lift my lamp beside the golden door!”

The response to these words continues to change as the country evolves, and according to Robert P. Jones, the change is going in the wrong direction.

At 2 p.m. on Monday, July 2, in the Hall of Philosophy, Jones — founder and CEO of Public Religion Research Institute, leading scholar and commentator on religion, culture and politics, and author of The End of White Christian America — gave his lecture titled “The New Challenge of Pluralism after the End of White Christian America” as part of Week Two’s interfaith theme, “Religion and American Identity.” Jones’ lecture was moderated by Interfaith Youth Core Founder Eboo Patel. Patel, who is moderating all of the Week Two interfaith lectures, is an advocate for religious tolerance and wrote a set of essays on religious pluralism that will be published in the fall by Princeton University Press.

To show the response of Lazarus’ words in present day, Jones referenced back to August 2017 when White House senior policy adviser Stephen Miller told a CNN reporter that the statue was actually a “symbol of American liberty lighting the world,” and the poem regarding immigration had nothing to do with the statue’s purpose.

Fast forward to February 2018. L. Francis Cissna, the director of United States Citizenship and Immigration Services, removed from the organization’s mission statement “the declaration that the agency secures America’s promise as a nation of immigrants.” That statement was originally put in place by the Bush administration, and the Trump administration altered it to include “securing the homeland.”

“There is growing evidence that this conception of immigrants as a threat is gaining a foothold among white Americans overall, and in particular among white Christians in (America),” Jones said.

The numbers Jones discovered through PRRI’s opinion data research after the 2016 election supports his claim. More than six- tenths of white Catholics and white Protestants, as well as three-fourths of white evangelical Protestants, agreed with the following two statements: The American way of life needs to be protected from foreign influence, and the values of Islam are at odds with American values and way of life.

“These (statements) are one of the most powerful predictors in support for Donald Trump in the 2016 election, far more powerful than any economic anxiety,” he said.

This public opinion data suggested to Jones that being both white and Christian makes a person significantly more likely to hold anti-immigrant and anti-Muslim views than any other American in the United States today.

According to Jones, throughout history fears of immigration have always been wrapped up with “ethnic and religious bigotry.” In the 20th century, there was fear of Irish and Italian Catholics and eastern European Jews who arrived on American shores in large numbers.

However, now the perceived threat stems from Muslims more than any other religious group.

“This (fear) is a critical metric,” he said, “a threshold test of the integrity of any solution to allow us to move forward, whether that be cultural or legal.”

But this strategy is nothing new. The Founding Fathers used Islam as a way of testing how far religious tolerance extends.

Jones believes these strategies are short-sided and have “run their course.”

“(The leaders of our government) have depended on finessing the issues of race and religion in ways that protected, rather than dismantle, a conception of white Protestant supremacy,” Jones said.

On the topic of race in particular, Americans finessed a solution by broadening the definition of “whiteness” instead of dealing with the issues of racism head-on, Jones said.

“Despite their overwhelming identification with Christianity, African-Americans have consistently been considered second-class citizens for most of the 20th century even as the definition of whiteness was being expanded to include other groups,” he said. “It clearly left them out.”

On the flip side, Irish, Italians and Jewish people were increasingly being accepted as white or Caucasian, even though early cartoons depicted them as dark-skinned people.

“These visual markers in skin tone remain, nonetheless, stubbornly operative as a limit on how far this idea (of whiteness) can be stretched,” Jones said.

The second way Jones said Americans tried to finesse a solution is religion. The most prominent example is the idea of Judeo-Christians: where the Christian covenant with God takes the place of the Jewish one. Christianity, according to this belief, reforms and replaces Judaism.

“It is really an odd amalgam historically,” Jones said. “There were vitriolic differences between Protestants, Catholics and Jews, differences that fueled wars and violence in Europe for over 500 years.”

To move forward from those differences was no small achievement, but Jones believes there is a “catch” to the success of Judeo-Christianity.

“In reality, as Jews and Catholics often felt, whenever this concept was trotted out, it most often felt really like white Protestantism marching under a different name,” he said.

This was the beginning of the decline of Jones’ white Christian America. In 2008, the percentage of white Christians was at 54 percent. However, the latest collection of data from the PRRI shows that number has decreased to 42 percent. This shift from majority to minority is what Jones said has created the negative connotation around pluralism.

“The anxieties and resistance to pluralism that we face today stems less from rapidly increasing levels of religious diversity, and more from a sense of displacement among white Christians as they realize they can no longer claim majority status,” Jones said.

Jones believes this fear of displacement has led to the greatest test of America’s commitment to the free exercise of religion.

“What this has resulted in, at our worst, is a hunkered-down defensiveness rather than open-handed generosity. That is the biggest barrier to surmounting the challenges dealing with our level of diversity today.”

Ultimately, Jones said, the main issue is that the solutions to these problems were only partial solutions, and in order to evolve, the nation must be willing to let go of the parts of history holding it back.

“In this state of our nation’s history, we need to move past the previous things like ‘the melting pot’ or ‘civil religion,’ this idea of generic theism out there that people can refer to,” Jones said.

To make these changes, Jones said white Protestants must take responsibility in the discussion around the treatment of Muslims in modern-day America and guide other religions to follow their lead.

“When Muslims are used as a ‘generic religious other’ or when a religion practiced peacefully by billions worldwide is conflated with violence, we speak up,” he said. “We speak up at our dinner tables, our barber shops, our country clubs and our churches.”

Most importantly in the present-day climate is for people of all ethnicities and religions to adopt the mindset that what happens to one group of people happens to all Americans. Jones left this concept for Patel to conclude.

“Such (an idea) is going to sound much less like a harmonized chorus and much more like an extended cultural argument,” Patel said. “To many civic-minded Americans who worry about social cohesion or the many beneficiaries and the comforts of American civil religion, this may sound insufficient, it may sound too thin. But if we stand up for one another and if our arguments are lively and engaged and coherent, it may prove that a return to our founding civic creed is enough, after all, to create one out of many.” 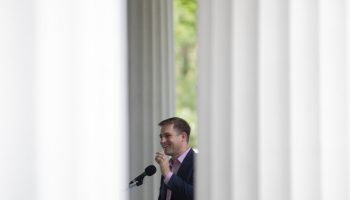 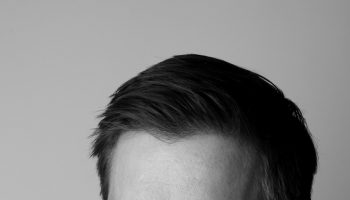 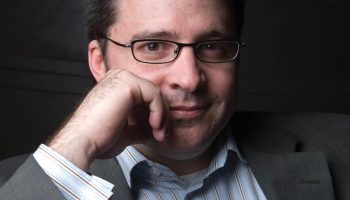 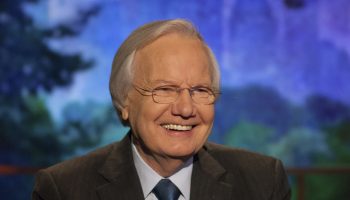